Hermès officially announces something that was in the works for a little while: the arrival of a sidekick perfumer to help Hermès home perfumer Jean-Claude Ellena. That perfumer to come is none other than Christine Nagel, formerly Vice President at the Fine Fragrance Department of Mane aroma production company. Her new role at Hermès will involve developing new projects, alongside Jean Claude Ellena and she will continue to assume the creation and affirmation of the olfactive style of Hermès, starting March 2014. 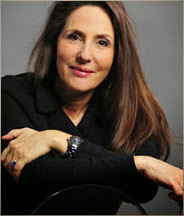 It doesn't take much to realize that ~as we had suspected~ Jean-Claude, much like Jacques Polge before him, only just recently, is smoothing the way to a seamless transition that will find Christine Nagel his successor at the head of perfume creation chez Hermès. Usually this is a process that requires at least a couple of years, typically around three, which brings on nicely the solitary tenure of Jean-Claude to a solid 10 years, taking into consideration he started his unique course at Hermès back in 2004.

Catherine Fulconis, President of Hermès Parfums relays to us: "With the arrival of Jean Claude Ellena in 2004, Hermès opened uncharted territories. Ten years later we enrich our story with a beautiful new encounter. We share with Pierre-Alexis Dumas, artistic director at Hermès  the conviction that Christine Nagel will know how to put her personality and her talent at the service of authoring new pages in our opus at Hermes."

According to Nagel, "A composer is an interpreter who masters a technique, a kind of a sponge that can soak up the universe around. Whether that is a designer, a jeweler, an artist…"
Jean Claude himself reveals "The choice of Christine is an obvious one. The time that opens up is one of sharing, of freedom and of differentiating."

Jean Claude Ellena himself isn't hiding the fact that at least as far back as 2003 he had been favoring Christine Nagel as a talent to watch out for (let's remember her trilogy for Baccarat, Les Larmes Sacrées de Thebes, Un Certain été en Livadia, Une Nuit Etoilée au Bengale, alongside Eau de Cartier, Histoire d'Eau for Maboussin, Theorema for Fendi, 2000 et Une Rose for Lancome, Miss Dior Cherie, Lyra for Alain Delon, Spazio by Krizia, Memoire d'Homme by Ricci, the Guerlain Carnal Elixirs, co-creating Narciso for Her and recently her work for Armani Si, plus she is the recipient of numerous awards). Neither French (nor Grasseoise), born in Geneva by a Swiss father and an Italian mother, Nagel had been Jean Claude's protégée for some time. In an industry that still works in terms of family ties, the apprenticeship angle is a more honest and direct one.