The Passport to Paris Collection is a trio of perfumes exploring the fin de siècle (that is, the 19th century's prolonged swan song) which perfumer and painter Dawn Spencer Hurwitz produced in collaboration with the Denver Art Museum celebrating La Belle Epoque. Passport à Paris, primus inter pares, is Dawn's homage to the growling fougères of the late 19th century, namely Guerlain's Jicky and Houbigant's Fougère Royale; in a way closer to the real thing than one would expect, especially since the slimming regime the former has gone through via the rationing of civet. Indeed experiencing  Passport à Paris I'm left with the agonizing realization that this is the kind of perfumery we have been lamenting for lost, only we haven't quite understood that its salvation can only come through artisanship and a rebellious spirit coming not from the Old World, but from the New one. 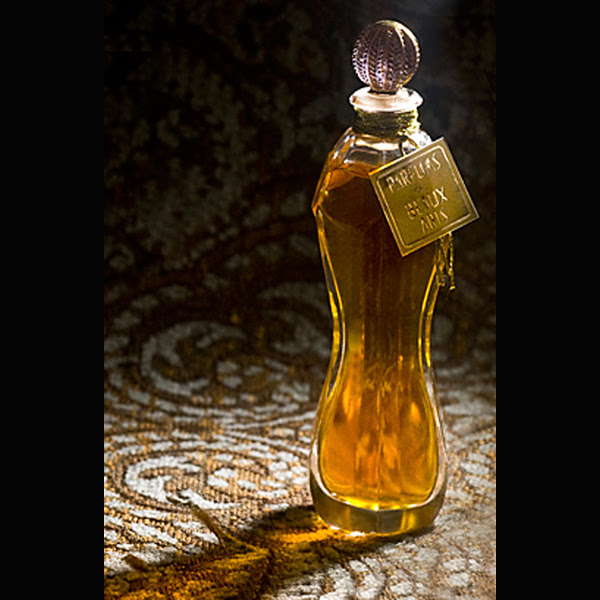 Fittingly, the fragrance was inspired by a famous painting from the late 19th century, the eerily alienating, ennui filled Beach at Tourville by Claude Monet. In it a world of repressions the simple beachside pleasures are encapsulated with a silent tension (a sort of oil painting rendition of Edith Wharton's Age of Innocence), faces like a smear of paint, an impressionistic image of boredom or unfulfilled desires. In a way the perfume genre that got invented with the thrashing of the powerful new synthetics is a rebellious antithesis to that same ennui.

I'm not in the habit of oooh-ing and aaah-ing as I walk about the rooms in my home, but to my amazement I found myself doing just that (to the incredulous gaze of my significant other) as I had sprayed my wrists and neck with Dawn's magnificent animalic perfume Passport à Paris. Lovers of vintage Jicky, please take note. This is good stuff. This is amazing stuff. No hyperbole. A bit more lemony, citrusy up top maybe than the Guerlain classic, especially in the modern form, but soon opening to a gorgeous meowling heart of lavender, dark jasmine and rich civet paste, smooth, hay-like and plush thanks to the conspiracy of vanillin and coumarin, an orientalized unisex more than just a masculine trope reminiscent of shaving cream (if that's your idea of fougère, that's not it by a mile).
Passport à Paris is also tremendously lasting on the skin and, really, just beautiful.

I'm of the belief that too many words cheapen the experience of savoring a sensual pleasure for yourself; a bit of "analysis-paralysis", if you will. So I'm leaving you with one directive and one directive only: try it. Like, right now!

Available in the DSH e-boutique (samples start at just 5$)

In the interests of disclosure I was sent a sample by the perfumer.