The small alleys of Izmir, languid by the sea that floats endlessly under the afternoon silvery sun rays, and the cobblestone maze of Istanbul, hide in their bowels a fresh, zingy and insouciant smell of innocent childhood. Beneath the ubiquitous sardines's salty aroma, the syrupy seker pare desserts offered on large trays in the street, the numerous Döner kebab joints and the fermented bulgur boza drink, one might bypass the simpler but happier smell of Limon Kolonyasi, a prevalent clean lemony scent emanating from seeimingly everywhere: closely cropped napes, kid's small hands under white, school-uniform collars, tabletops and plastic overlays, linen drying in the sun. The Ottomans had an established ritual of cleansing with lemon-scented alcohol; since they didn't drink it they found other uses for it. And from there on, the habit travelled to Europe and to the world... 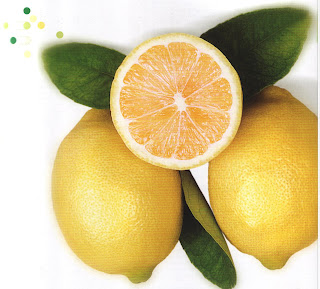 Though not Turkish, but drawing upon the rich pool of the Eastern Mediterranean, I well recall my own mother, same as lots of men and women in my culture, used to carry a small splash bottle of fragrant alcoholic “eau” in her purse at all times (usually 4711 or Roger & Gallet), to refresh her hands or handkerchief during the day with a swift and effective “pick me up” and to even quick-cleanse mine in the absence of water and soap as a small child, thus killing two birds with one stone: eliminating some bacteria from casual contact with dirt and making me a fragrance aficionado ever since! Although she kept her precious exotic perfumes at home, the bergamot, lemon or even pine-infused eau de Cologne travelled with her, refreshing many a time a weary travelling companion and alleviating a stuffy atmosphere of a couped-up car on a long drive across Europe. The citrus base of such waters has left an indelible mark on my conscious; the scent of relief, of purity, of making things right.

Limon Kolonyasi is arguably an even simpler recipe than a traditional Eau de Cologne, but its infusion of essential oils of lemon and fragrant lemon blossoms into pure, clear grain alcohol makes it an ubiquitous addition to the mundane, elevating it into an everyday celebration of happiness: obviously refreshing, less obviously exhilarating, tingling the nose with its tartness and leaving a faint impression of purity and the sense that everything is as it should be. What's more priceless than that?

One of the first things that makes an impression upon being greeted to a Turkish home or having a shave & hair cut at a Turkish barber's is the use of Limon Kolonyasi. Hosts offer you this tangy, zingy liquid, usually from a gigantic bottle with a blue or green label, to put on your hands like a runny disinfectant (instead of the gel-like substances full of triclosan and other dubious ingredients so popular in the west). You might also spot huge 1 LT plastic bottles shaped like laundry detergents at Turkish bathrooms and wonder if these people consume it by the gallon in secret. The Turkish, you see, not only use it as a general purpose mild disinfectant for their skin (as it is 80proof alcohol after all) but to wipe clean anything from toilets and sinks to bathtubs and tiles as a finishing touch of freshness, after a soapy lather, instead of the artificial potent scent of the cleaning fluids advertised on TV. This simple aroma is also unisex and fitting for summer and hot weather, making barbers finish off a session by splashing a generous amount on the nape of the neck, so that some of it is caught by the hair, which retains an intense freshness. And whenever you finish a meal at a restaurant or a street corner joint, there's some offered to refresh afterwards, either in the form of mini bottles or limon kolonyasi infused little towels. It's a delightful custom.

One brand which makes a great Limon Kolonyasi is Duru. There is also Bogazicki Turkish Cologne which is recommended for after a wet shave and Selin Lemon Cologne. There's plenty for sale on Amazon too.

I have been rubbing down with the Selin cologne after a shower (and following with whatever perfume took my fancy; both chypres and orientals went very well with it) for a couple months now and I'm running out. Till next time I'm at the land of the Ottomans...
*Share with link: Tuesday, July 10, 2012