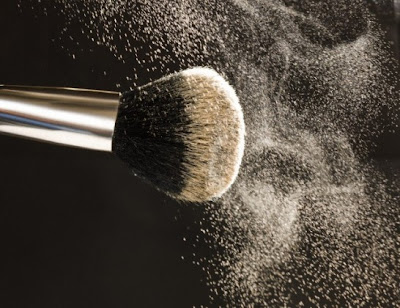 This is how Profumum Roma presents Soavissima. Profumum is a niche Italian brand founded in Rome in 1996 and Soavissima was launched in 2006. The official accords talk about amber, white flowers, animalic and powdery notes, but of this only the powder and ambery stuff comes through distintcly. And that, not quite, as one would be accustomed through various incarnations of resinous, sacerdotal ambers circulating in niche perfumery for years: The powderiness in Soavissima comes through heaps of heliotrope, a soft iris accord and that rosy nuance of goose-down puffs heavy with powder in which a bit of amber is felt, like the whisper that is left on the skin when you apply an ambery perfume several hours before. It's a sweet ambience, perhaps a tad intense for some. It can also veer into "baby powder" territory, that vat of Johnson's talc, aromatized with vanilla, hints of lavender and orange blossoms. Its feminine, motherly embrace is its predominant trait, a quality that can be polarising. More than a slipper-footed dame in her boudoir powdering her face, it recalls gusts of powder going on 18th century wigs; an element of excess and theatricality is built within the scent. 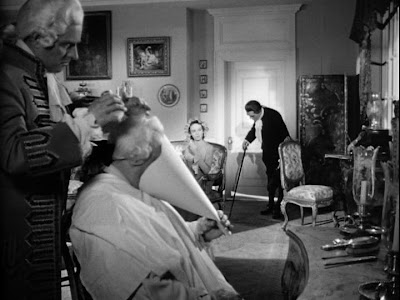 Soavissima firmly belongs to the sweet powdery realm where Teint de Neige by Lorenzo Villoresi and Keiko Mecheri's Loukhoum rule. On the other hand it has some of the inedible sweetness of the aldehydic soapiness that Chanel No.22 and White Linen by Lauder possess. It also approaches Profumum's own Confetto with its similar base of fuzzy heliotrope-ambery powderiness. The sillage/projection of Soavissima is tremendous so go easy on the application and the lasting power quite satisfying for the price.

The Soavissima line is complimented by a body lotion, a shower product and a room fragrance. Sold at boutique sites, such as Luckyscent. (and in brick and mortar in various countries, even in Thessaloniki in Xeen Ltd)