"It was a hot afternoon, and I can still remember the smell of honeysuckle all along that street. How could I have known that murder can sometimes smell like honeysuckle?"
~Double Indemnity, 1944


Dark Passage is a limited edition, g-o-r-g-e-o-u-s perfume by Swiss genius Andy Tauer which doesn't smell of honeysuckle. It does smell of film noirs and danger though like there's no tomorrow. Last time Tauer issued a limited edition it was the legendary Orris. If this hasn't had your ears perked up, I don't know what will. Perhaps that Dark Passage is a dark alleyway of a scent, full of spilled booze, contraband and dangerous women with luring tentacles the size of Barbara Stanwyck's evil quota in classics of the genre. I can only say I was very honoured to be among the extremely few people who got to try this amazing perfume. 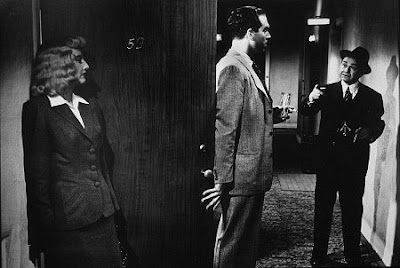 Dark Passage is also rebellious; as Tauer says about the creation: "For me this first SNAPSHOT fragrance comes as a relief. Finally, I can do a fragrance that does not need to go through any distribution and sales machinery and EU registration and other investments. It is just here. If you are interested in it: Get it."

Dark Passage is perched on the darkness of natural, dirty, raw patchouli, a note poised between the woody and the camphorous. "Patchouli coeur which means”heart of Patchouli” is basically a patchouli that is rich in patchoulol. I am using a quality that is 66% patchoulol. I use it together with “standard” patchouli.[...]Patchouli coeur is even a bit more on the light, airy, musky side. Yes, there is a musky aspect that is stronger and underlined in Patchouli Coeur. I got mine from Ventos, but the description on Robertet‘s internet site is wonderful. It is in French and thus even more mysterious: “Odeur : le cœur de patchouli présente un aspect olfactif très propre, ambré, terreux, patchoulol, oriental.” Thus, it smells clean, of ambergris, earth, patchoulol, and oriental", clarifies Tauer. 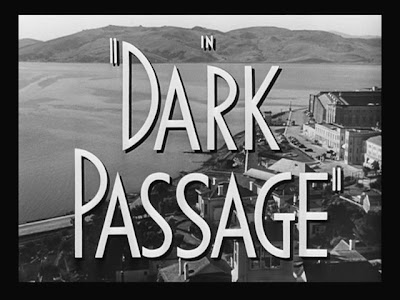 But that's not all, nor is it the whole truth: Dark Passage is a perfume full of patchouli and you can't but like that material to fully enjoy it, but there are other elements to entice and to sway the character. Labdanum I believe, coupled with [no, I was wrong] beeswax musky-animalic notes, giving a sweet, intimate, almost suede aspect; a very prominent cocoa note from natural cocoa absolute, not wrapped in gourmand wiles but rendered bitter, noir, dirty, tobacco-rich...There's also a bit of birch tar, which aids both the bitterness of the chocolate facet and the leathery note, as well as a snippet of vetiver, rendered musty and as black as the night on the swamp where someone is dumping bodies on the hush.


Most importantly: Dark Passage is not bound by IFRA rules! 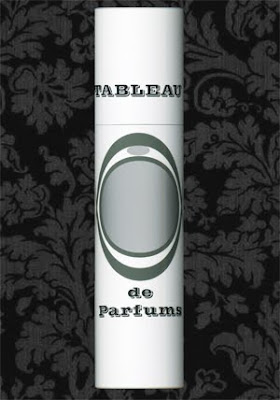 If you want to compare with something you might have tested already, I can only think of Ayala Moriel's Film Noir, which is another dirty, deeply dark heartless patchouli; that one isn't as cocoa-rich, though as this one.

Packaged in 7ml enamel atomizers and available in limited edition quanities, the Tableau Snapshots are smaller in scale and with a different scope. You can find all about the inspiration, the project (part of Kickstarter to promote the new Brian Pera film "Only Child") and where to buy on this post.

HURRY!! Dark Passage is only available till March 29th!


Related reading on Perfume Shrine: The power of "noir" in perfumes (with a film noir titles game included!)
In the interests of disclosure, I was sent a sample by the perfumer.
*Share with link: Monday, March 19, 2012