The Power of "Noir" in Perfumes

Nowhere is the power of "noir" (aka black) more intense than in the sublime and surreal cosmos of perfumes: From modern creations such as Bulgari's Jasmin Noir and Black or Tom Ford's Black Orchid and even Black Violet to Ormonde Jayne's Orris Noir and Yves Rocher's Iris Noir, 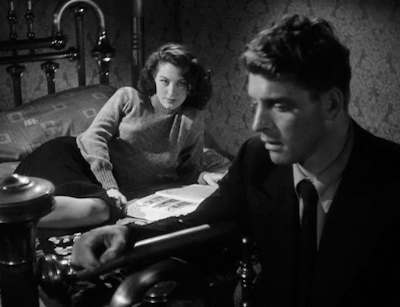 all the way through to vintage gems such as the murky Narcisse Noir by Caron, or the kaleidoscopic Or Noir by Pascal Morabito, with a detour at niche "founder" Serge Lutens via his Datura Noir, everything is painted in black a la Rolling Stones. And who can forget the enigmatically legendary Nombre Noir by Shiseido and its white heat?

Even more vague and promising in intonation than the above (which mostly recall shady, unusual hybrids of flowers with few exceptions) are those which are sartorially-inspired (Lutens has Fourreau Noir but also Serge Noire, both evoking fabrics and items of clothing; Guerlain La Petite Robe Noire, while Avon has Little Black Dress, where black is synonymous to pared elegance regardless of the discombobulating scent: the mere mention of the name promises Hepburn-like pizazz!). The darkening of ingredients is also popular: The slightly scorched effect of Noir Epices by Michel Rounditska for the F.Malle line, the indie Ambre Noir by Sonoma Scent Studio... Black Sun by Salvador Dali sounds even more surreal than intended, the world of alchemy eclipsed into Schwarze Sonne/Sonnenrad neopaganism purpoting radical change: apparently not so, in perfume terms! Crystal Noir by Versace is reminiscent of jet-bead jewellery, the par excellence mourning jewellery in the Victorian Era, a direction that the designer house considers too far back to be referenced by the youthful audience to which they aspire. Sometimes "noir" can even stand alone, stolid, full of fortitude and mystery, like a promised (but rarely delivered) olfactory Healthcliff: Lacroix Noir for men, Avon's Noir for men...Othertimes, it paints a heroic symbol with the wide brush of machismo: Drakkar Noir, how can we forget you? Perhaps the more literal interpretation of Lalique's Encre Noire (black ink) is more elegant onomastically. And the trend gets carried in excess as in ~fittingly named~ Black XS by Paco Rabanne, The Wrong Man obviously for dark regressions out of the past.

The recent trend of naming perfumes "Black this" and "Noir that" (or as Tania Sanchez wittingly calls Black Thingamajig) has really gained momentum with hundreds of fragrances containing one or the other denominator in their very name. After testing the majority of them with apprehension as to their perceived fangliness, I have come to believe it's pure marketese to denote something that is the antithesis of "fresh", "light", "inoffensive", "cookie-cutter". Admittedly, people have always wanted to be the opposite of the last two adjectives, even if they don't have one iota of dangerousness, sensuousness or mystery in their bones. Call it the call of the wild, the desire to be what they cannot be in their ordinary lives, call it escapism: Which I realise all perfume really boils down to! It's simply irresistible, it's like watching an old film-noir and fantasizing about being the wicked femme fatale (Who is usually coincidentally dressed in black, have you seen any in pink polkadots and yellow ribbons in her hair?). "The femme fatale provokes a kind of temporary insanity in the protagonist, which partially absolves him from responsibility for his actions. It is as though she happens to him, like a natural force". [quote]
Ayala Moriel, an indie perfumer from Canada, has created a glorious (and mysterious-smelling) patchouli confection in her suitably named Film Noir. The crossfire of "good girl vs. bad girl" is a dichotomy prevalent in many cultures, none more pointedly so than the American one, with a plethora of "rules" to adhere to in order to belong to one and not the other, personal fragrance being the outward manifestation of an inward inclination. Nuit Noire by Mona di Orio assumes a very intimate aura (of yes, rather forbidden bodily zones) to talk about the dangers of a black night ~what its name means~ when you'd be more simpatico to some experimenting in Bitter Moon/Lunes de Fiel , Pascal-Bruckner-style. The decade of "clean" (the 90s) with its AIDS hysteria ~when perfumes seemed to serve as a virtual chastity-belt~ is over and thankfully most of the ozonics and aqueous scents are left in a lonely place. 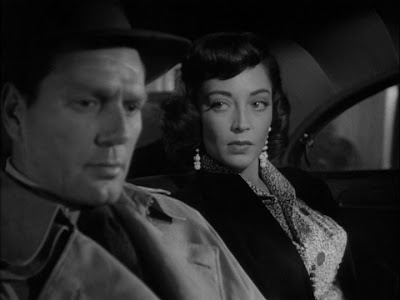 Somehow I think the reference was cinematic to begin with, including the very first scents onomatized with this dark epithet. Marcel L'Herbier's Le Parfum de la Dame en Noir from 1931 based on Gaston Leroux's older novel of the same name conveniently tied the two in an inextricable knot. Narcisse Noir by Caron, apart from Sunset Boulevard and its dramatic sensuality, makes me think of vampy Theda Bara, arguably not the person you'd imagine baking you an apple-pie and preparing the kids for school in the morning; assuming she were actually awake in the morning! Which nicely brings me to the current pop mania for vampires and creatures of the night, via Stephanie Meyer's Twilight and its tremendous marketability: Are dark-named fragrances another manifestation of a youth's desire for safe "danger" and repressed sexuality, as explored via boyish vampire teens who have sharper teeth than other body parts? It's murder, my sweet, not sex!

Arguably black has always been laced with magical qualities too, the sense of inherent danger, the cabbalistic and alchemical symbols tied to its shaded enigma: enter the most representative olfactory case of them all, Magie Noire by Lancome. Apparently in an era where witches are fortunately not burned to the stick with gusto until they're well-done, perfumers show a hankering for well-done renditions instead of dark, earthy and twilight-shaded compositions that lurk within shaded forests, the dark corner and the nighmare alley. 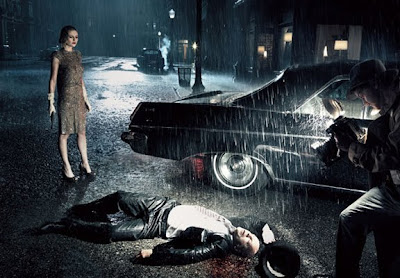 But the obsession with darkness also has to do with fashion and visual cues: Black is not a colour, optically-speaking: It's the absence of colour! This gives it a sort of power that all other colours lack (a comparable case with white but different connotations). Mediterranean cultures who have embraced it because it makes such a strartling constrast with the bright sun knew a thing or two: Picture the lace-headscarf of the Spanish consorts over red blooms, the black cloth of Sicilian and Greek widows against the white-painted little houses. It's not an accident that nidjas are dressed in black, that we have the little black dress (the little red one is a whole different matter), that goths like black, that black has an aura of the occult and the forbidden, even the subversive or the fatal (black death, black metal, black sabbath, black widow...).

I have a personal theory to offer on that matter as well: black is the colour of anonimity! Put someone in black and they mingle right in. "Men in black", remember? The ones supposed to come out of nowehere and zap your memories of close encounters of the third kind out of your system. You can't do that in -say- jade or canary yellow! Therefore black in a genius transition from the visual to the olfactory & the mnemonic allows both the concept of a perfume to be easier to graft on one's self and for one's personality (assuming they have one to begin with) to shine through; allowing the better elements to slowly unveil themselves.

Whether I associate the word "noir" with specific perfumery notes? Not really! Several recent, modern "noir" and "black" fragrances ironically smell exactly "light, fresh, inoffensive, cookie-cutter", so....no. Other people however mention oud, patchouli, resin, smoke, tobacco, incense. It's a your mileage may vary, in any case, not one of "all cats are black in the night".

So what does "noir" signify for you in terms of smell?

And a Game: He or She who recognises all the titles of film-noirs hidden in the text will win a decant off my vintage collection! (hint: they're 10 in total and they're all Google-able)