Frédéric Malle’s just presented his first book, On Perfume Making, to an enthusiastic reception at Barneys on Dec.6th, hosted by Uma Thurman and Arpad Busson. The publication recalls the inception of each of Malle’s 18 cult-favorite collaborations alongside original illustrations from Greek artist  Konstantin Kakanias who was so excited to be working with Malle (making an exception to his own projects) that he said "it's like working with the new Guerlain!" The beautiful, individualistic illustrations by Kakanias (who gave us cult status whimsical Mrs.Tependris) give a completely new dimension to the tome, as you can see below. 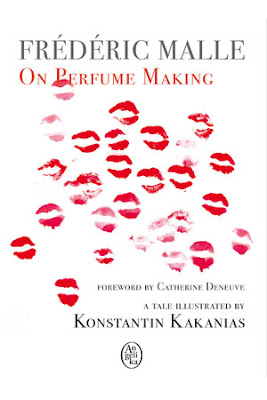 On Perfume Making by F.Malle focuses on how the work in his niche perfumery is organized, relying on the triple axis of rigorous selection process, working with the best perfumers around and allowing time, money & freedom to the full to each of the projects.

Among the attendants to the Barneys presentation of the book were several who sang his praises, notably actress Uma Thurman herself (citing his strive for integrity in fragrance) and the designer Carolina Herrera, who singled out Carnal Flower as her favorite in the line.

The new book is due for an official launch in March 2012, published by Angelika Books.There will be three languages editions, so far: French, English, and German.

Malle is also releasing three new scented candles in his Editions line, composed by Bruno Jovanovic, while he is working on another new perfume with Dominique Ropion and one more fragrance, to be launched, by Sophia Grojsman. The fragrance he's developing with D.Ropion is a floral, on which Malle clarifies: “The key is to create a fragrance that has sex appeal and that seems to come out of your pores,” “It is not just musk.” [quote source] 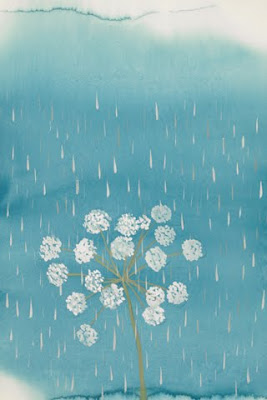