When Cacharel Loulou first came out in 1987, there was a wonderful TV ad set to the romantic Pavane, Opus 50 by Gabriel Fauré and veiled in the mysterious bluish tones of the print ad. It featured a slip of a girl in a classic 20’s bob haircut dressed in a dark stretch dress (so Parisian at the time, very Azzedine Alaia!), swaying hurriedly through space on what seemed a film set, and when a voice called out “Loulou”, she turned to us –the viewers- replying “Oui, c’est moi” (i.e.yes, that’s me). It transported the Cacharel-trademark hazy contours and grainy shots of photographer Sarah Moon to the next level: a Lolitesque seduction. It has haunted me ever since... 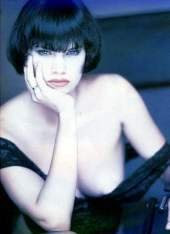 The inspiration of Loulou by Cacharel: Loulou was meant to evoke the great film actress Louise Brooks and her Lulu role in the silent 1928 Pabst film Pandora’s Box (tamer than its title would hint at, but not by much considering). Louise Brooks has captured the imagination of discerning cinephiles ever since. Her trademark haircut (that actually recalls Cleopatra herself) has inspired many women and men alike. In fact Guido Crepax, the Italian sketch artist of “Valentina”, fashioned his notorious heroine of a vivid imagination and lush posterior attributes on her. The comic book had been turned into a RAI miniseries back in the late 80’s starring Demetra Hampton. The erotic TV-series was heavy in cultural referencing; indeed one episode was called ..."Lulu", reprising the Brooks character.

Loulou the Cacharel fragrance is almost forgotten today, although slightly less than those episodes, although it hasn’t been discontinued. In an age that pushes celebrity scents to an apotheosis, the natural urge of the perfume fanatic would be to turn to niche scents and/or classics from the distant past. Indeed this has been the case with many, as current literature on the subject indicates. That leaves many lovely perfumes of a more recent crop to the shade. Pity if you think about it. I had used the perfume for a while back, enjoying the wink in the eye it provided, the naiveté, the pure élan. It was perfection for those times! 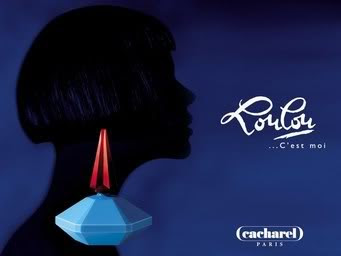 The formula was composed by perfumer Jean Guichard, who is also responsible for Obsession (another 80’s hit), Eden (another forgotten Cacharel), and Deci Dela ( the delectable light chypre by Nina Ricci). Loulou bears the mark of the decade’s excess : lush and rich, it would seem completely out of place up until ten years ago when gourmands entered the scene. Somewhere between floral and oriental and with a similar feel to both Oscar de la Renta and Poison, Cacharel Loulou can also be viewed as a distant cousin of Guerlain's L’Heure Bleue. The sweet and a little melancholic heliotrope plus anise ties them together. The Cacharel fragrance opens on the characteristic note of cassis, a synthetically recreated berry base, quite sweet. This may become overwhelming on some, but the assistance of bergamot and aniseed manage to soften the blow of the top notes. Violet, mace and plum add their smooth nuances along with an armful of ylang-ylang, jasmine, marigold and a smidgen of tiare (that tropical flower of Tahiti), although one would be hard pressed to locate any of those individually, except for heliotrope perhaps which has a soft almondy scent, imparting a powdery aura along with the earthy orris: The feeling is almost retro, much like the whole ambience of the scent is after all. The fragrance lasts and lasts on the skin, suffused with musks and woods, with the insistence of tonka bean, a hay-like vanillic seed of a West African tree. 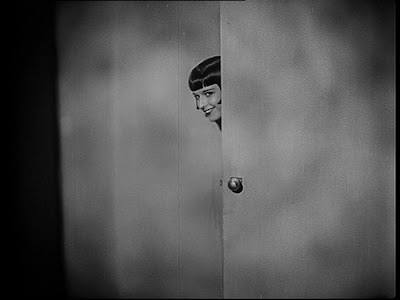 The bottle of Loulou looks best in the parfum or splash version (as depicted in the ad): a turquoise polygonal opaline that continues the house’s love affair with opaline (later to be reprised in green for Eden) topped with a dark red pointy stopper and garlanded with a burgundy red tassel : the contrast of colours is daring and unique, the concept vaguely inspired by Poison according to Michael Edwards. The Eau de parfum sprayer is sadly not as pretty.
To me Loulou will always remain the smell to match the young girl that had first caught my eye in the TV ads and myself back then : insouciant , oblivious to her own seductiveness. A wonderful fragrance, if rather sweet for everyday.

The commercial still produces a sigh of delightful and wistful reminiscence in me, like a dog who is sighing, her paws tucked in and her ears down at the completion of a tender, sad patting as if to part forever.