Penhaligon’s latest fragrance, Sartorial, is tailored; literally. It reminds me a bit of the Humphrey character in 1980s BBC Yes Minister! satirical series: of a certain age and social placement, immaculate, a bit stuffy suits thanks to the job requirements, yet there is a glint in the eye, no doubt about it. You can't deny there is rhyme to its reason and intrigue to its plot, but is the scent as inspired as it's suggested in the press material? 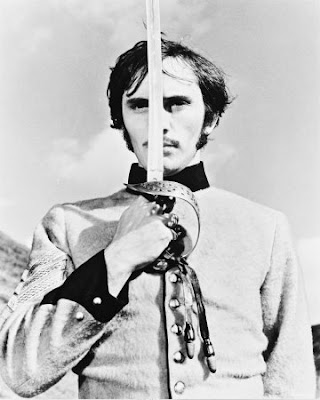 Still for all its smell-good factor within the tired (by now) aromatic fougère* genre Sartorial by Penhaligon's presents something of a dichotomy: On one hand, it reminds me of my elegant grandpa (he uncharacteristically wore chest-thumbing Givenchy Gentleman and carried an inexpensive white bottle of Tabac with him on beach vacations, of all things), so young blokes might get scared off ~or repelled, it depends on their lineage memories.
On the other hand, it's got something of the ape-to-gentleman British touch which Penhaligon's obviously meant to catch for overseas audiences, so chalk it up to a success at the drawing table, pun intended. What's left to wonder is whether high-end shoppers will immediately realise that it is so reminiscent of older classics of the 70s that have trickled down to the point of "old man scent" (Please refer to our The Perfume Wars Old Lady vs.Older Woman Perfume article to fully realise the implications of such a moniker)

Created by perfumer Bertrand Duchaufour at the nudge of Emily Maben, Penhaligon's marketing director, it was inspired by the scents of the workroom at Norton & Sons, bespoke tailors at No. 16 Savile Row who dressed everyone from insulars Winston Churchill and Cary Grant to "imported Beau Brummels" Fred Astaire and King Juan Carlos of Spain. Now, the tailor's doesn't really smell of much, you might argue, perhaps a bit of that indeterminate wooliness and dry chalk that is par for the course where flannels and fine cashmeres are cut to produce those bespoke suits we admire. And you would be right! So, we're dealing with a transposition of Englishness into a brand which is characteristically British to a fault to begin with; it's a bit like putting a huge beret on the Eiffel Tower or an extra pinch of sugar to a square of Turkish baklava!

"Sartorial is a contemporary interpretation of a classic Fougère; the traditional notes of oakmoss, tonka bean and lavender have been exquisitely stitched together with woods, ozonic and metallic effects, leather, violet leaf, honey and spices to create the perfect illusion of a tailor’s workroom. The modern thread running through Sartorial is beeswax; echoing the blocks of wax each thread is run across before stitching. This sweet smudged note ties together the more traditional elements; the oiled flash of shears cutting cloth, the rub of fabric beneath fingers, tobacco tinted cabinetry, puffs of chalk in the air and old paper patterns vanilla with age".

Nice story, but what is original in Sartorial is first and foremost structure: One of contrasting duality between tradition and deconstruction (is it old or is it new again?), and one which reinterprets programmatic elements into an abstract impression, much like the fougère itself. Lavender, oakmoss, patchouli and often geranium with coumarin as the sweeter note act as the skeleton of the fougère, the most archetypally "virile" genre, but also one which doesn't evoke a natural smell but rather the Victorian salons where men were allowed to scent their handkerchiefs with "clean" colognes and waft them in the air. That's so Penhaligon's I could tear up a bit. The dichotomy is so clear as if Terence Stamp is weilding his sabre in Far from the Madding Crowd and then shoots a baddie in The Limey.

The arresting top note in Penhaligon's Sartorial is nicely misleading, seemingly giving the impression of a masculine cologne citric blast (thanks to traditional distillate neroli, often featured in men's colognes as a mid-hesperide, mid-floral top note). But it's actually a careful, intelligent nugget which belies any classification: It combines the sharp notes of ozone with the soapy-clean-after-shave effect of aldehydes, sprinkled with the metallic-watery note of violet leaf (very cliché, as it's featured in so many unisex and masculine contemporary scents, so obviously Bertrand is toying with us). Despite the mention of spices, the effect is not pronounced (a bit of pepper is all I sense). Sartorial is not a spicy fragrance and none of the spices make themselves known per se; the wonderful leather, lavender and patchouli-coumarinic facets rise soon after the top notes dissipate and persist for long: The caramelised end of the spectrum of lavender is supremely coupled to the naturally occuring dark cocoa note of natural patchouli absolute. It just smells good!
The earthiness of patchouli is a given for Duchaufour who has proclaimed the earth's smell as an eternal inspiration (and who uses the Racine base** to infiltrate his compositions with it very often, a note between aged vetiver and polished woods): The effect is not exactly "dirty" though (as in dirt), as it is closer to yummy, honeyed and lightly incense-like (more myrrh than frankincense) and somewhat musky: think of Luten's mysterious and intense Borneo 1834 with its roasted notes and Ayala Moriel's Film Noir than Chanel's fluffier chocolate meringue Coromandel.

Penhaligon's Sartorial weaves its strange spell by its poise and cocksure attitude at the tailor's fitting: Not only does it not proclaim whether it's a "leftie" or "rightie" (is this too much information for a Brit?), it's snuggly enough to be filched by a woman as an androgyne backdrop for when she ventures out to turn the tables; only if she's supremely feminine however!

One carded sample is available for a lucky reader. State what you think if you tried it in the comments; or, if you haven't, whether you like its concept or not and why.

Artist Quentin Jones was commissioned by Penhaligon’s to create a stop-motion animation exploring the story behind the new gentlemen’s fragrance Sartorial. Filmed at the Norton & Sons shop on Savile Row, the animation features the fragrance’s creator Bertrand Duchaufour. Patrick Grant, the owner of Norton & Sons, also makes a cameo appearance. The opening scenes depict perfumer Bertrand Duchaufour at Norton & Sons, absorbing the scents and smells of the workrooms. Bertrand is seen smelling the fragrant scents exuded from the rolls of fabric, machinery and paper patterns before he is able to embark on the creative journey to craft a contemporary fragrance or cologne inspired by the scents and smells of the famous Savile Row workrooms.

*Aromatic fougère is a subcategory of the "fougère" family of scents: Essentially, an accord of lavender-oakmoss-coumarin (from tonka beans) creates the classic fougère (examples of which are the historical Fougere Royale by Houbigant which started the "family" and the 70-80s classics Azzaro Pour Homme, Paco Rabanne pour Homme, Drakkar Noir) and touches of aromatic plants (usually herbs) are added.
**Corps Racine by Symrise or 2-(3-phenylpropyl) Pyridine according to H&R

In the interests of full disclosure, the company sent me samples in the mail to try it out.
*Share with link: Monday, November 22, 2010