L'Eau Ambrée, maestra Miuccia’s latest fragrance, talks with the whispers of a ghost; an ectoplasmic take on the dry woody, patchouli and ~most imporantly~ ambery core of the original Prada fragrance mingled with the saline note of Eau de Merveilles that reproduced the scent of ambergris rather than sweet resinous amber (For more on the differences between amber and ambergris read this article). Ghost-like in its evanescence, gossamer-light, leaving behind but the memory of someone living in a grey-hued photograph that captures its ether. 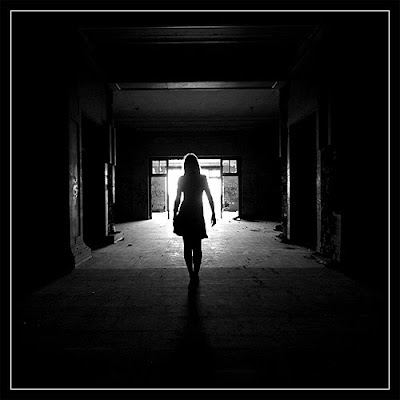 This new gouache of an oriental is possibly the most skin-scent-like Prada ever issued, even more so than Infusion d'iris. One could even consider it an embryo of the idea of an "oriental" for the next decade and beyond: Will it induce hallucinations of orientalia beneath the gauzy veil to the modern day sylphids who worship at the altar of austere Prada? It remains to be seen. I see it as a step in that direction and the beginning of a new trend in perfumery.
Lovers of diaphanous ambergris creations and those able to smell Isabelle Doyen's L'Antimatière by Les Nez might find something to take them through every eventuality: The fragrance enters the scene in a light-through-the-tunnel vista, all hazy linings, via its refreshing top (which isn't quite as citrusy as purported nor is it rosy, but it's certainly cypress-like and with a micro-facet of white flowers tucked in someplace inside). And then it takes on a little tone of sweet, slightly salty sweat musk, not a tetrapod's raunchy howl, but the smell of seashore in spring and the bodies that lie down on its fluffy texture (cozy musks with no big sweetness have this effect). Yet the refinement of the drydown is so delicate that it could find its way along with your Prada frames and eponymous canvas tote to the office. And surprisingly for such a light scent it lasts too with a lingering trail, which as March put it: "It dries down and fades away but has a habit of popping up again and again, all day long".
According to Prada, 'L’Eau Ambrée is a perfume that ‘imposes itself discreetly with the perfect balance of classic influences and of modernity that is characteristic of Prada fragrances. This eau ‘twines complexity, freshness and harmony’ around a sleek, contemporary amber'. 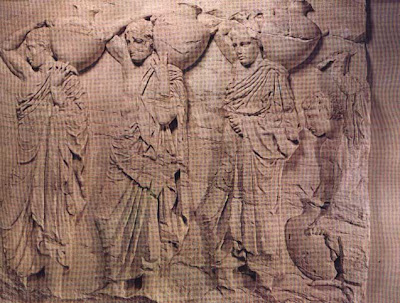 L'Eau Ambrée, the latest in the Prada amber-based perfumes (amber is in the original Prada, as well as in Prada pour homme) was developed by perfumer Daniela Andrier and was launched this past September, with the expectation to be a permanent mainstay in the line unlike the ephemeron Infusion de Fleurs d'oranger.
Prada’s original bottle has taken a dark mantle here, adorned with a golden plaque instead of the silver of the original.

The advertisments are lovingly retro in an almost frieze-reprising way: a cheeky manner of eschewing the sexy-mania of other houses, a deliberate abhoring of seduction that comes from the mind of a true Marxist designer not interested in the man-hunting games of the western tradition, Miuccia Prada.