Flou artistique: new ad for Chanel No.5 with Audrey Tautou

The new print ads for Chanel No.5 with its latest face are starting to spread over the glossies. Audrey Tautou, the French actress who stars as the young Gabrielle Chanel herself in the film "Coco before Chanel", of which we talked in detail here, divulged: “The feature film enabled me to learn a lot more about Coco Chanel. She was an innovator, ahead of her era. The fact that she created a fragrance in the 1920s that could just as easily have been created yesterday reflects the standard of excellence that applied to everything she did in her life. By playing Coco and getting to know her, I understood, even more, just how unique N°5 really is.” 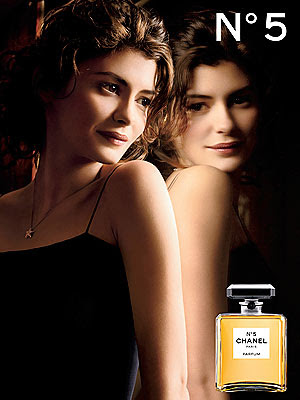 The film commercial for No.5 with Tautou has been a resounding success ( Watch it here if you haven't yet). Can the new print ad compete with the previous representations? It all depends...

In discussing the visual style of the advertisement with my collaborator AlbertCan, we zeroed in the shots of Krzysztof Kieslowski's flou artistique in "La double vie de Veronique" (1991). The other references are there too if we take into consideration the commercial for No.5: The window pane, the missing element, the deja vu impressions, even the beauty ideal that Audrey Tautou and Irène Jacob both represent (not implying they're doppelgänger): elfin, dark, delicate but thoughtful. After all, as I had written in the past (scroll for "Perfumes in Dialogue with One Another"), there is a thing called intertextuality, which is none the less brightly running through the course of perfumery and the visual arts that accompany it. 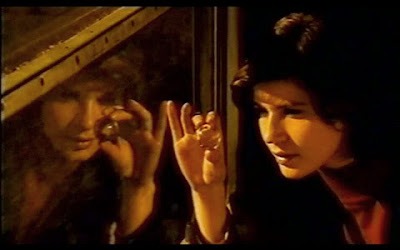 The focal point in La double vie de Veronique was the existential question of free will or fate. Without resorting to such elaborate and antithetical to the premise of luxurious abandon that perfume should evoke, isn't Chanel No.5 winking at us through its commercials and advertisments, as well as their egeries, that there is a reason behind every choice we make and the choice has but one name, that of Chanel?

Audrey Tautou redefines the new path that the Chanel No.5 woman is travelling, a younger, less haute and less poised one ~away from the couture of Kidman or the world-wise beauty of Deneuve. Alone, with the inner reflection of herself, a point of departure for a journey to the inner side, the one which wants to be reunited with the past and the future. Her eyes, looking at us through the hazy contours of the window reflection, seem to speak to us of the above. The luxury we have come to expect from Chanel is there, in the form of the diamond starfish hanging from Audrey's neck, but her tousled hair, the emblematic little black dress taking an almost casual air on her and her expressive mien, speak of an effort on the part of the new direction of Chanel to speak in a language that is audible to a new clientele. This new introspection is the reflexes of a quick-pulsed team who monitor the recessive perfume market and are replying by a more modest but perhaps also more esoteric approach to the visualisation of what in essence is but a dream...that of perfume!
And perhaps to further the thought that cinematically started my musings "Each of us is matched somewhere in the world, by our exact double - someone who shares our thoughts and dreams". Perhaps one of you is that someone who shares those thoughts and dreams through No.5?