In an idle mood last summer we had played the guess game on some new releases from Guerlain. It seems that fact corroborates our suspicions and the company has caught a genuine case of the Travel Bug. (It's become a luxury market standard to issue a cruise collection of scents; enter the latest Escale à Pondichery from Christian Dior which we reviewed here). In short Guerlain are issuing a Voyage Collection, inspired by three major (and vastly different) landmarks: Moscow, Tokyo and New York, all in relation to Paris, exactly as we had predicted. After all there was already a Météorites Voyage powder, so the recycling of names is expected. (Come to think of it, wasn't Chanel's collection from last winter called Paris Moscou?)
Please observe how Thierry Wasser, head perfumer, is nowhere to be mentioned yet again and how the retired Jean Paul Guerlain is brought back into the scene to add gravitas and a sense of tradition to the project. As to the ad copy, have they been reading our Travel Memoirs? It seems our original idea has already found imitators... But kudos on not falling back on the pseudo-erotic tales of the previous trio of Elixirs Charnels/Carnal Elixirs.
{Oh and I would have loved to see the plural of metropolis (μητρόπολις) as metropoleis (μητροπόλεις), instead of the anglisized metropolises, but Ι realise I'm overanalysing}.

"At Guerlain, it is a tradition. Crossing borders. Encountering new places. Discovering unfamiliar, exotic essences. Capturing the soul of a place by uncovering the emotional enchantment of its raw elements. In 1828, pioneer and visionary Pierre-François-Pascal Guerlain already understood the importance of travelling the world in search of new fragrance sensations. More than just innovative scents, he offered an escape, a voyage for the senses.
“A perfumer must go looking for scents,” observes Jean-Paul Guerlain. And today, in the grand Guerlain tradition of exploring the world's riches, he has created a travel diary of scents, three new fragrances that pay homage to three fascinating cities: Moscow, NewYork and Tokyo.
Paris-Moscow, Paris-NewYork, Paris-Tokyo.
Three evocative fragrances that convey the identity and the heartbeat of these electrifying metropolises.Three liquid memories, presented in bottles embellished with drawings by sculptor Serge Mansau and topped with metal caps embossed with the emblematic double G. For each bottle, graphic artist Carla Talopp has devised a log, a scrapbook of cards, images, drawings, iconicphotos and symbols of the spirit of each city. 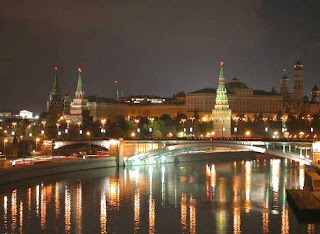 Moscow has awakened. Sleeping Beauty has opened her eyes, and her heart is fluttering. Moscow the serious has reinvented itself as Moscow the prosperous. Here and there, a hammer and sickle engraved on a building façade remind passers-by of its recent, restless history. But today, a fresh chapter is beginning. Each month, almost every day, Moscow's inhabitants write a new paragraph. They celebrate the arrival of a luxury boutique or a lavish restaurant. Women vie with one another in elegance. Businessmen bustle about. All of them are part of the metamorphosis of a capital city that proudly displays its new modernity.

With its musk, fruit and wood notes, the ultra-feminine Paris-Moscow perfume echoes the heartbeat that pounds through the Russian capital. This city throbs with life! Strolling through the opulent shopping arcades of the GUM, you are intoxicated by the heady fragrance of white musk and tonka bean. A carnal, sensual and elegant trace of vanilla and bergamot stays with you as you cross the Red Square. As you pass the Bosco Café, a sudden aroma of red currants delights your senses. The Moscow locals are enjoying their brunch, sipping their favourite beverage. Your senses stirred, you head off for some refreshment at the Botanical Gardens. A welcome respite. You close your eyes and watch as images from the day parade past. Electrified, you take in the hint of absinthe, a sparkling lemon, a note of plum. In the distance, you glimpse a verdant forest of pine needles. You can still hear the heart of Moscow beating. 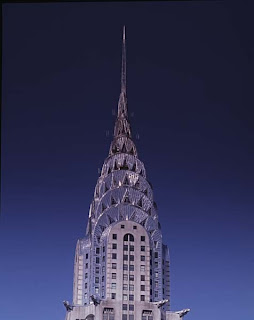 New York, New York! How many films, books and lyrics have sung the praises of the city where anything is possible? A land of dreams and pioneers, the Big Apple welcomes your deepest desires and craziest ambitions. This remarkable city boasts countless styles and atmospheres. A melting pot of communities and personalities, it evokes greatness with its skyscrapers, broad avenues and financial centre.At the same time, it cherishes its 'villages': Little Italy, Chinatown, the West Village with its tree-lined streets, low-built houses and tiny restaurants crowded with regulars. Day and night, New York is always bustling. Here, a young woman arrives at the gym as the clock strikes midnight.There, a man and his dog share dinner by the first light of dawn. Only in NewYork…

A woody oriental fragrance, sparkling and sweet, Paris-New York excites the tastebuds by transporting the senses to the heart of Manhattan on Christmas Eve. From the elegant Uptown to bohemian Downtown, children are dreaming of their Christmas pudding.Their nostrils quiver. Smells of vanilla and cinnamon float out of kitchen windows. A joyful frenzy of holiday anticipation reigns on Broadway, whose lights seem to sparkle with a new radiance. A pause; serious Wall Street goes quiet. The pedestrians on 5th Avenue finish their last errands.The sky is still the luminous, cloudless blue of a New York winter. The celebrations will start in just a few hours. Already, the air is thick with a scent of cedar, cardamom and bergamot. 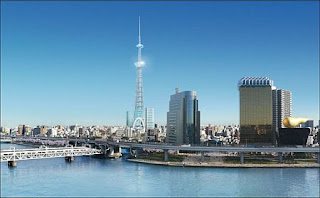 Some say that you must see Tokyo before you die.To them, the capital of the Land of the Rising Sun is a required destination. A ground to tread. An atmosphere to soak in. An experience to live, no matter what. Tokyo fascinates, Tokyo charms, Tokyo intrigues, Tokyo intimidates. Tokyo leaves no one untouched. The surprising, completely alien metropolis embodies ultimate modernity. Tokyo is a dense anthill, gradually stealing from the sea and sky what it can no longer find on the earth. The most daring architects eagerly orchestrate these extensions into space. The city is immense; it offers an invitation to lose yourself and discover its contrasting districts,smaller cities within a city, which fit together like the animated pieces of a giant puzzle.

Green and floral, fresh and delicate, Paris-Tokyo evokes all the subtlety of the Japanese capital. Willful, yet subtle. Ultra-modern, yet bound to its traditions. The sun is still low in the sky; it is the perfect time to awaken your senses in Hibiya Park, a rare green space designed with a Western aesthetic.Very few people are walking; you pass mainly joggers. As you stroll along a pond, the morning dew gives off a fragrance of jasmine and violet, intertwined with Hinoki cypress. You stop in a teahouse, slipping out of the stream of time into a cocoon of tranquillity in the midst of turmoil. In this world apart where green tea and jasmine scent the air, you allow yourself be transpor ted by the legendary, almost magical tea-drinking tradition. It is with regret that you leave the ceremony you wish could last forever. But Ginza, the Champs-Elysées of Tokyo, is already calling your name."

The Guerlain Voyage Collection will be widely available in June and the prices will be $220 for each of the bottles.