The new men’s fragrance, Power by Kenzo, is ‘on paper’ a fragrance that easily entices my curiosity: The perfumer is Olivier Polge (Dior Homme, The One for Men, Flowerbomb) It’s a floral fragrance marketed to men. The shiny, stainless steel ‘sake inspired’ bottle is modern, sleek and just gorgeous.

What struck me at first, when I carefully read the box was Kenzo released this scent as an Eau de Toilette Fraiche. Most men’s fragrances are usually released as an Eau de Toilette first, and then if the scent is popular they’ll roll out a flanker product (Light, Summer Version, etc.) With Power, they released the ‘lighter’ version first. Which got me wondering: Has anyone ever done this before, in a men’s release?

The top notes, immediately upon impact with my skin, smell fruity, powdery and creamy. If you know me, you’ll know that I find this mixture oddly uncomfortable. Perhaps the only way I could describe it is: powdered cherry soy milk. If there was such a thing. Once my skin warmed up, the fruit became more subdued and the creamy powdery aspect of the scent transitioned into a much more floral scent. Let’s talk about those ‘florals’. Like Flower by Kenzo (their woman’s scent) Power attempts to recreate an ‘imaginary’ flower smell. So, what does this imaginary flower (for a man) smell like? A few things: sweet, sugar sprinkled iris; a little violet, but extremely light violet notes; powdery floral notes – reminiscent of something slightly edible (remember those purple and yellow flowers made out of icing that you see on wedding cakes – that smell).

A man uncomfortable wearing iris (as I mentioned in my review of Infusion d’ Homme) or other flower prominent scents (Fleur de Male by Gaultier, Insense by Givenchy, and Saville Row by Richard James – to name a few) will probably not enjoy Power. Having said that, I think men and women who love subdued floral fragrances will adore this scent. I am amazed that Kenzo chose this as a masculine (rather than releasing it as a unisex) scent.

Once the fragrance has warmed on my skin, the florals pull a ‘Houdini act’ and poof (!), they’re gone. Replaced by a very hushed woody base with a touch of powder. There is a drop of something aquatic also in the base, but I can’t put my finger on it. I’m reminded of the watery woody He Wood by DSquared₂ - whitewashed woods floating on sweet, cool, lightly floral water. 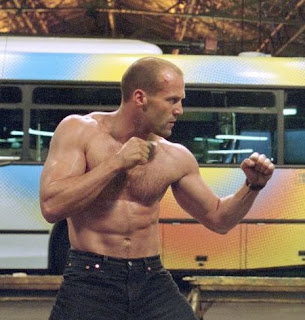 Which leads me back to my first statement – yes, this scent has enticed my curiosity and my nose but I can’t imagine wanting to own a bottle. I’m reminded of a few scents that I’ve tried over the years, fragrances that the guys and gals over at Basenotes go bananas over. I hunt down a sample, try it, sample it a second time, put it away, re-try it a third time…you know the story.

I find it extremely admirable that a designer house is marching into the masculine fragrance world with an extremely flower prominent scent. Big thumbs up! But still…

Power is a scent I want to love. But I don’t.