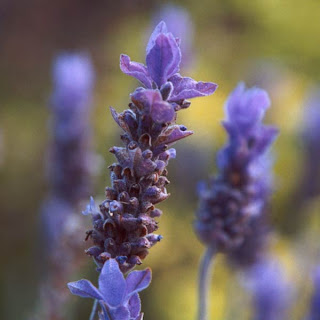 There are moments when one is forced to face their demons and try to tame those things one believes to be most antithetical to their nature. Lavender has for a long time eluded me as an aroma to be savored in perfumery, mostly due to its cliché status in many masculine fragrances and secondarily due to its ~I thought~ unimaginative medicinal-ity.
But sometimes one is taken aback: Moment Suprême and Cocktail, both by Patou from the "Ma Collection" set, are linked by their lavender opening, which is treated in two different ways, like the two faces of Janus. While they both present a unisex feeling thanks to the emblematic use of lavender, showing its striking cheekbones and decisive jawline with pride, in Moment Suprême the composition interweaves lavender through its thicker sweet brocade, while in Cocktail it serves as a sparkling top which resembles the brass tromboni in the opening of Stravinsky’s "Sacrificial Dance" from "Rite of Spring".

Moment Suprême came out in 1929, composed by in-house perfumer Henri Alméras, although some give a 1933 date for its introduction. At some point it was incorporated into the love story coffret with the other three beauties: Amour Amour, Que sais-je? and Adieu Sagesse. 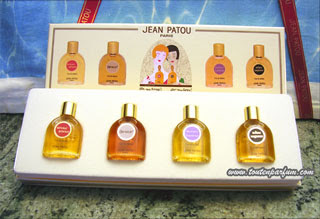 Upon cracking the bottle of Moment Suprême open, having observed the pale celadon of the juice, you’re taken with the vintage feel it evokes: lavender showing its medicinal character while just as quickly the plush of amber and vanilla along with a bouquet of flowers peek through. For about half an hour this is the story, when later on there is a delectable hint of spice, like carnation which was so enticing in Adieu Sagesse, makes its solo appearance before retreating to the wings; but leaving the stage lights open to an empty scene which has retained the warmth of the people who have performed. The character of the composition is elegant, defiant and businesslike with a distinct warmth underneath that speaks of silky undergarments. 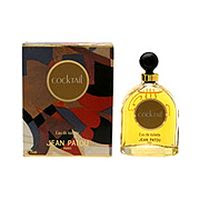 The story of Cocktail is fitting to its name, recalling rich patrons sipping dry Martinis and Gibsons while listening to Benny Goodman’s swing clarinet, Prohibition laws making it a naughty affair to get a decent drink.
In his couture shop at 7, rue Saint-Florentin, Jean Patou had the brilliant idea of creating a cocktail bar where men could drink and small-talk while their women shopped for their dresses.

In 1930, Patou decided that this could be converted into a veritable perfume bar and Henri Alméas was instructed to create "cocktail" fragrances. The results were the original, Cocktail Dry, Cocktail Sweet, and Cocktail Bitter Sweet.

Cocktail takes crisp lavender and utilizes it like angostura bitters to set off the rest of the intoxicating dryness of this heady drink you’re about to consume. Sharp at first, subtle upon closer inspection, it sparkles with the greeness of herbal aromas like the juniper berries in gin to later whisper with the dry powder of hazy blossoms seen through netting, as if in a drunk stupor. But the point is you could do a lot worse than getting high on Patou’s Cocktail!
In a strike of either ironic coincidence or elective affinity, twenty-five years later perfumer Henri Giboulet created a "cocktail" perfume for Lubin, Gin Fizz. When Henri Alméras retired, Henri Giboulet became in-house perfumer for Patou.