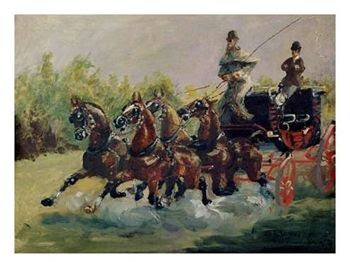 At Hermès, craftsmen work with various luxurious materials: Barenia calfskin, Mysore goat (chèvre Mysore), and taurillon Clémence, as well as lizard, ostrich and crocodile skins. One of them is "Veau velours Doblis" suede. This suede comes from a variety of cowhide that is treated in such a way as to render the most velvety, buttery tactile feel on the hand.

As I pass outside the boutique Hermès at the buzzing city center, I swift on my heels to catch a passing glimpse on the shop window at the corner, opposite the jewelry stores of hefty carats and heavy industrialists. The version of the Birkin bag in marron glacé especially is trully breathtaking, reserved for someone who commissioned it, catching my eye inadvertedly ~despite my realization that the prices of those bags are so obscene as to sound almost unethical in a world of hunger and pain. The covetability of the item as an almost obligatory status symbol in recent years, referenced and ultimately spoofed in pop culture, demeans the sheer beauty of the noble materials and the superb craftmanship and makes me view it with added apprehension. It does pose a big question mark over such an object of abject, materialistic excess and it leaves me with a bitter taste in my mouth.

In the words of Comité Colbert, however, an organisation for the protection and patronage of luxury French brands:


“It’s not a crime to love luxury and talk about it. Even if people have their doubts because it can go hand in hand with excess; even if luxury is often confused with wealth and today does not suggest rarity so much as products, corporations and industry.”

So let’s talk about Doblis: The rare gem that shines in the milky way of scents, this time!

Trés elégante, Doblis the fragrance has the pedigree not to shout its aristocratic lineage. Instead it whispers seductively of good taste, restraint, moderation and sheer quality. It is bon chic, bon genre always, just like the silk scarves of the house, and it smells like old money.
Doblis was conceived in the fertile imagination of perfumer Guy Robert in 1955, a perfumer who has worked on emblematic Hermès fragrances such as Calèche and Equipage; both echoing the tradition of the saddle –making luxury brand first established in 1837. Doblis was re-arranged and festively re-issued in winter 2005 to commemorate 50 years of its launch by Guy's son François Robert (according to French Osmoz) who has also worked on many of the modern Parfums de Rosine (the latter incidentally do not bear any relation to the inspiration of Paul Poiret who first issued the line).

Coming across Doblis I am reminded of sniffing an upholstery catalogue of leather and suede swatches as a child. A family lineage of architects, among other things, meant an early familiarity with the materials used in interior decoration. Those alternatively buttery and acrid pieces of treated hides held a secret of initiation: Codes like P25, P5, P12 and P2; and dreamy names like cinnabar, parchment, stone and oyster to correspond…

There are elements of the aldehydic soapy waxiness of both Calèche and Madame Rochas, other revered Guy Robert perfume creations, but in Doblis the effect I get is warmer than the former and less prim than the latter with the addition of an herbal accent. The floral touches of noble Grasseois rose and jasmine blossoms meld right into the skin; they do not stand out, merging with the leathery touch that makes its presence instantly known.
Comparing the current extrait de parfum on my wrists with my tincture of natural deer musk with its warm, almost urinous smell, asserts that the natural component does not make an appearance. Yet there is a refined animalistic streak running through the background of Doblis with an orientalised feel that takes some inspiration from the warmth of Shalimar. The finely sweet aspect of a leather accord in this fragrance might suggest inclusion of styrax and the suaveness of sandalwood. Its smoothness is only comparable with the seamlessness of the rather more easily procured Diorling. Still, it is an indulgence that will leave me sad when it runs out.

The bottle of Doblis is inspired by a lanterne de calèche, the lantern on an exquisite type of horse-drawn carriage {you can see a comparable model clicking here and many more antique looking models if you're so inclined here}.
A cabouchon cap wrapped with a leather cord of Doblis suede velours crowns it. Only 1000 numbered, collectible bottles of extrait de parfum were issued in 50ml/1.7oz and they make infrequent and extravagant appearences on Ebay. Samples, however, are available at The Perfumed Court.