The fact that jasmine may take on a more sinister turn accounting for fecal undertones that leave many people with apprehension and dismay does not mean that jasmine fragrances have to espouse that aspect. It is perfectly possible to evoke a balanced approach which could project a soft, mellow and elegant disposition and could be more easily wearable for even the non die-hard jasmine fans. To this end today we are examining some suggestions that might fall into that category of mellow jasmine compositions. 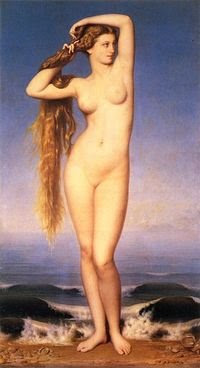 The archetypal example of a smooth, beautiful jasmine that could be worn sufficiently well without evoking particularly dark tendencies is the perennial Joy by Jean Patou. It remains something of an icon in the status of luxe perfumery, partly due to its initial advertising campaign in the economically hard year of 1930, coined by Elsa Maxwell (“the costliest perfume in the world”) and partly due to its unparalleled standards of raw materials. Patou went to great lengths to assure us that 1 ounce of Joy demands 10600 jasmine blooms and 28 dozen roses to be produced. This would be not as impressive hadn’t those flowers been the venerable jasminum grandiflorum of Grasse in the south of France and the two crown glories of Damascene rose from Bulgaria and Rose de Mai (rosa centifolia) again from Grasse. The current nose for Patou since 1997, Jean Michel Duriez, is monitoring the fields and crops to ascertain that the end result rendered out of those two varieties meets the quality control criteria demanded by the house of Patou.

Whether the quality has gone downhill as with most commercial perfumes of today in comparison to the vintage is a matter of dire attention and discussion on several fora.
Some people have expressed a concern that the richness of the floral ingredients has been a tad jeopardized, however for what is worth Luca Turin insists that the quality of the end perfume remains unchanged and his info and sample batch comes staight from Patou headquarters. Since I do not have different batches of Joy to compare and contrast, because my bottles come from the mid-90s, I cannot speak with authority on the matter. The testing I have contacted in stores in different concentrations and places did not leave me with serious doubt as to the up keeping of the formula, however I repeat that I could not possibly ascertain this beyond any doubt since I do not have comparable material at hand from different eras; on top of that ascertaining when a particular bottle was actually produced is so very hard, since perfumers -unlike wine producers- do not label the production year on the bottle (which would make our life so much easier, had it been the case!).

In any case, Joy unfolds majestic proportions of floral grandeur with a nobility and restraint of hand that points to a very skilled perfumer indeed: Henri Alméras. Keeping the noble nature of the two focal points of the suite intact he garlanded them with the merest touch of honeysuckle, ylang ylang and tuberose, anchored by a very light sandalwood base which manages to smell opulent yet beautifully balanced.
It is my impression that there is a difference of emphasis on the two different concentrations of eau de toilette and eau de parfum. The former is characterized by a more pronounced jasmine intonation like a solo aria in the midst of a lively Mozart opera, while the latter is a bit more powdery with accents of rosiness that permeate the whole with a softness that resembles a Schumman lullaby. In fact the Eau de Parfum is repackaged Eau de Joy, which was a different perfume than Joy in parfum, per Luca Turin. Given my proclivities for jasmine and because this is an article devoted to jasmine, I opt for the eau de toilette, however both concentrations are sure to please the lovers of fine perfumes.
The parfum is assuredly more animalic in the civet direction (a wonderful characteristic and thus the one which I always prefer over other concentrations) and stays close to the body with an elegance that speaks highly of its aristocratic pedigree.

Next on the mellow balanced list is First by Van Cleef and Arpels. It has been adequately discussed on Perfume Shrine in Jasmine Series Part 2, so suffice to say that it is a very elegant and classy success. If you haven’t tried it, please do so and preferably in the eau de parfum concentration which highlights its attributes well.

Diptyque’s Jardin Clos is a jasmine buried in the plush of lilacs and the freshness of greenery of a churchyard full of hyacinths. There is an element of bulb wetness as if the grounds have just been rained upon in the early spring morning and some stale stems that go hand in hand with all cathedrals with cobblestone roads leading up to them; a distant whiff of a little spice like cloves on some parishioner’s breath. But oh wait! There I see some tourists coming up the tracks as well. They are dressed in jeans and crisp minimalist shirts, their hair in a modern simple cut, dancing round their faces; they are probably wearing L’eau d’Issey in discernible amounts.
Sadly the oakmoss does not temper the aqueous quality as much as needed.
I appreciate Yves Coueslant and Christiane Gautrot’s vision of naturalistic fragrances that evoke paysages and memories. It’s just that this one is not as distinctive as the rest of them in the niche category. On the other hand, if you want a fragrance that will not raise eyebrows from the non niche lovers in the general public out there I can’t see this one doing that. Unless we’re talking about people who hated L’eau d’Issey the first time around!
The official notes for it:
Watermelon, White Lilac, Mimosa, Hyacinth, Seringa, Hollyhocks,
Wisteria, Mignonette, Wallflowers, Daffodils, Virginia Cedar,
Oakmoss, Tolu Balsam
Official site here.

Ayala Moriel’s Yasmin is completely different: to mellow the animalic character of Yasmin she uses the even more daring cassie/acacia note that is dense and opulent! The combination is successful, paradoxically, because there is a firmly measured amount of it and the base notes of amber and sandalwood are never too loud, allowing the slightly greener ribbons of the opening enfold the little blossoms in a cheerful embrace. Out of all the notes there is the predominance of a realistic gardenia note emerging, which veers the perfume in alleys of nightfall lushness. But the mastery in Yasmin lies in coaxing this into submission so as to be the single blossom corsage on one’s wrist, not a big bright crown of blossoms on one’s hair.
The overall character is sweet and uplifting, bright and romantic like a summer’s sojourn on a Mediterranean cottage overlooking the sea, friendly laughs by noon, erotic strolls by night.
You can see her description and sample on her site here.

Linda Pilkington, the perfumer for Ormonde Jayne’s Sampaquita (based on jasmine sambac) turned her attention to more tropical surrounding. Although the greeting note of bergamot and grass might evoke the Sicilian landscape of comparably familiar Mediterranean memories, it soon mixes lychee fruity tones with an acqueous feel of water lily that manage to mix with other floral notes such as the waxy slightly lemony magnolia petals, the green of lily of the valley, the sharp and pepper of freesia and the softness of rose to become an exotic sweet mélange that is balanced and surprisingly subtle. The jasmine note is not particularly evident, which is a shame for jasmine lovers like me, but could make this an easy choice for those who prefer their jasmine more subdued in a supporting role.
The OJ site says the following:


"National Flower of the Philippines, literally translated as 'I Promise You', Sampaquita flower is a symbol of purity and fragility, coupled with fidelity and resolve. The scent opens with an unmistakable summer bouquet, bursting forth with sun-kissed lychee set on a canvas of bergamot, grass oil and magnolia flowers in full seductive bloom. The marriage of these elements, together with a dusky floral heart of sampaquita absolute, freesia and muguet, combine to form a fusillade of fabulous intensity. An inspired quartet of base notes, musk, vetiver, moss and ambrette seed, unify and harmonise this sensational summer scent".

Official notes:
Top notes: Lychee, grass oil, bergamot and magnolia
Heart notes: Sampaquita absolute, freesia, muguet, rose and water lilies
Base notes: Musk, vetivert, moss and ambrette seed
In fact it reminds me quite a bit of Patricia de Nicolai’s Juste une rêve, which is another tropical floral of the same proclivities or even of Chance by Chanel with the balancing vetiver base under the florals and the fruits over it.

In contrast Ormonde Jayne’s Frangipani Absolute, which is much more assertive and bold, with brighter accents, proclaims its presence for all to see. The start is all lemony and lime rind that is quite loud, while it progresses to buttery warmth like tuberose crossed with a lush juicy fruit and dying hyacinths in a vase; which is also a tad traitorous to the spirit of real jasmine, like previously, but oh well...
However there is no dark animalic tonality, neither is it light nor “fresh”, so it fits in the middle category designated for our mellow jasmine florals. The musky base with cedar accents is balanced and supporting, accounting for a tropical scent that will not induce nausea from too much synthetic sweetness which is a high compliment for this category of scents. If you ever venture in the jungle of a southeastern country, all humid atmosphere and animal noises heard in the background, don’t forget to pack a little bit of this too. I think it fits perfectly.
Official notes:
Top notes: Linden Blossom, Magnolia Flower, Lime Peel
Heart notes: White Frangipani Absolute, Jasmine, Rose absolute, Tuberose absolute,
Water Lily, Plum, Green Orchid oil
Base notes: Camber, Musk, Cedar, French Vanilla absolute
View the Ormonde Jayne fragrances at her official site


Jo Malone in her fragrance combining bag of goods has Honeysuckle & Jasmine. Completely true to spirit and name, this smells like those two summery blossoms combined at different intervals: honeysuckle opening, which is more pronounced, jasmine subtle heart and exit. Light and sweet, like a walk through summer gardens with those two vines climbing up the fence, sitting under the shade sipping freshly squeezed sweet lemonade. There is a woody note in the background too with the merest whiff of clean powdery musk for the finale.
It pairs really well with her Orange Blossom or French Lime Blossom for even more transparency; or if you want to be daring pair with her warm 154 woody scent.


Next post in the Jasmine Series will tackle fresh and translucent interpretations of jasmine.