"Heat enhances the perception of fragrance," says Karyn Khoury, senior vice president for fragrance development for Estée Lauder Cos., who wears fragrance every day. Empirical data confirms this. Heated skin is skin which aids diffusion of smelly components and that includes both those which come naturally to us (apocrine gland products) and those which we put on ourselves on purpose. That might create a conundrum; does our body become "smelly" as in repulsive, or "fragrant" as in attractive? This double-edged sword needs some careful sharpening in order to cut to the chase in the best possible manner.
Marketing lore has cleverly played upon our most subconscious fears pertaining to smell. The implied innuendo of the much mentioned argument against a signature scent ("after a while you literally won't be able to smell it") is "think how horrible that will be on those around you!" A notion which isn't totally undramatic or unrealistic for the hotter months of the year. Notice too how sly they are into leaving it be hinted, without actually blurting it out: Because if you won't be able to smell it, why buy their product again anyway? It is exactly the perception of our human smell as such an intimate, personal thing, that the fear that the way we project our Homo sapiens projectiles might be repulsive to those around us is founded. It just wouldn't be the same with a visual example, something that can be tested with our eyes (this is why, for instance, recommendations for heatproof makeup products do not fall on deaf ears, like with the excellent one by The Non Blonde); and the fragrance industry knows it. After all, visual clues, illusionists' ones excluded, are unquestionable: either something is blue or it's not. But what is "good" and what is "bad" in olfactory terms? The confines are broader. And thus the perfume sale is sealed, transforming a possible "want" into a definite "need"!

Fragrance wearing is not an opaque layer of smell that stays the same throughout the day, thus inflicting odor perception blockage like it would if you were sitting in a chemical factory working every day to the same effluvium. Apart from the natural evaporation that would naturally occur, heat notwithstanding, fragrances are constructed in a purposeful way so that different elements come to the fore with warmth, friction or simply rate of evaporation of the molecules in question. Usually we refer to this as the classic "fragrance pyramid" of top notes, middle notes and base notes. Although not all fragrances are built that way (indeed, most are not nowadays), there is still a structure even in linear scents that creates a less or more intense scent that you catch whiffs of throughout the day.

Think about it: How many times have you surprised yourself by smelling your fragrance amidst a daily chore and thinking "this smells good"? Clearly, your nose blunts a bit after the initial swoosh, intense enough hence the occasional sneeze when first putting it on, but the peaks of scent are there to remind you of its presence and this nicely varieties with the weather conditions: now you catch it, now you don't; but you're not totally oblivious unless you're performing brain surgery, in which case what the hell are you distracting yourself with sensory stimuli for? 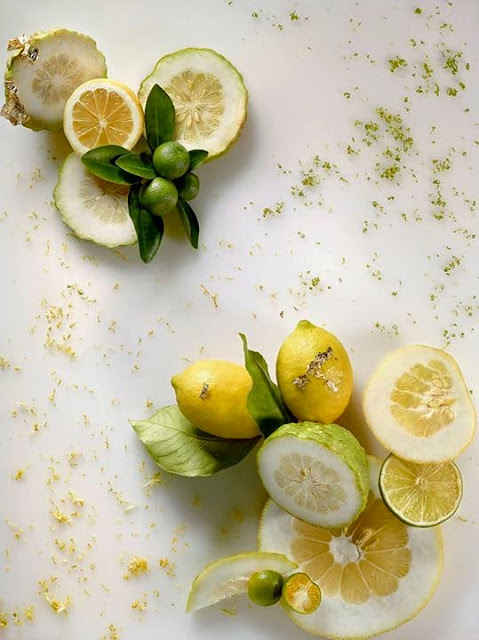 Citruses in particular share olfactory molecules with sweat thus rendering the scents complimentary to a heated body; we just hope it's clean sweat we're talking about! Some of the traditional Eaux de Cologne fragrances have become a classic exactly for that reason.

Guerlain has this down pat with their many excellent colognes such as Eau de Fleurs de Cedrat, Eau Imperiale and Eau de Guerlain, as do Roger & Gallet (their classic Farina-recipe cologne as well as the modern variations on the theme) and 4711 with their uber-classic formula. Goutal's classic Eau d'Hadrien is another hesperidic case in point, as ell as their slightly "darker" (but still quite sunny) Eau de Sud.  If you want to go upscale, look no further than Tom Ford's Neroli Portofino or Chanel's Eau de Cologne. Eau de Rochas used to be a beautiful composition with a twist thanks to a smidgen of patchouli under the freshness. The Roudnitska-authored Eau Fraiche for Dior (from the mid-1950s) was a spectacular case of a fresh scent which stood on an otherwise rich base of moss and warmer notes.

There are other elements however which can match our heated bodies and cancel out the dreaded "argh" factor of the clammy feeling. Lactones, molecules with a "milky" scent produced naturally in our bodies too as a result of protein decomposition, are also present in our apocrine products and in perfumery these ingredients are reflected in scents reminiscent of peach, apricot or coconut. Some fruity floral fragrances can be nice in the summer, as long as you don't carry it too far, becoming the Pina Colada yourself, instead of drinking it.
Things like monoi de Tahiti, tuberose, frangipani and ylang-ylang might be a siren song from creamy scents loving people. There's the traditional approach of scents mixing lush flowers and suntan lotion (Monyette, Bronze Goddess by Lauder, Guerlain Terracotta le Parfum, Kai etc.) and there's the quirky road-cut, like in Manoumalia by Les Nez or Amaranthine by Penhaligon's; these are both fragrances which literally "bloom" in the heat.

Or there is the contrary approach; instead of complementing by mimicking, go for the opposite, cancel out by opposing. Powder-dry pitted against the muggy, sharp green instead of overripe apricot-yellow. 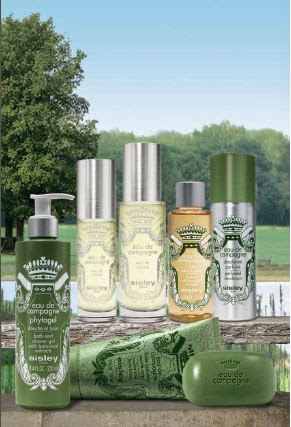 Chypre fragrances in general (a family built on the triptych of bergamot-labdanum-oakmoss) is a category which needn't be avoided in the summer. Their place of origin, reflected in their name (Chypre is French for Cyprus, the Mediterranean island) indicates that they were inspired by warm conditions and sunny skies. Thousands of women in Greece wear Aromatics Elixir by Clinique and the trail they leave behind is nothing short of beautiful and weather appropriate. I told you elsewhere that I personally go for Bandit EDP and Chanel No.19 EDT, so I shan't repeat myself.

Obviously you'd need to carefully monitor dosage and way of application, if you're to produce a similar effect, but, what I'm saying is, it can be done. Similarly you can pick chypre fragrances which focus on the drier, powdery smelling and more volatile elements instead of the heavier or animal-derived ones. Beautiful examples include the enigmatic Diorella, the ever crisp Cristalle by Chanel, the sylvan Coriandre by Jean Couturier, the dry as a bone Ma Griffe (Carven), the aristocratic Caleche by Hermes, the bitterish Eau de Campagne by Sisley which ushers the wind from the meadows …


Gentlemen who wear Chanel pour Monsieur, Neroli Sauvage by Creed and Guerlain's Vetiver do so for a similar reason to us ladies who don our more angular fragrances in the heat. The greener and cooly resinous scents (from vetiver, from galbanum, from angelica … ) naturally produce a refreshing feeling without resorting to the cliche of Calone (a synthetically produced note that smells of melon and defined the 1990s thanks to its use in "marine" scents).  Sometimes there's even an electric fizz and iodine rash into them; to wit, Goutal's Vetiver. 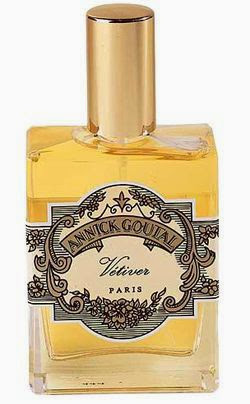 Some crisp leather perfumes can also be a great weapon in the arsenal of a discerning gentleman (ex. Gomma by Etro) as can be some airy incense fragrances (Kyoto by Comme des Garcons, Passage d'Enfer by L'Artisan Parfumeur, L'Eau Froide by Lutens). But perhaps the most dramatic shift in an incense scent happens to Etro's Messe de Minuit, an eau de cologne that really assumes its true character in the context of southerner, balmy nights, as it sheds its creepy, cool stony cathedral aspect to speak of hot tiles roasted in the sun and of resinous myrrh.

The game has plenty of choices: Eau de Monsieur by Annick Goutal, Encre Noire by Lalique, Malle's Angeliques sous la Pluie and Vetiver Extraordinaire. Several "fig" scents such as Philosykos, Premier Figuier (L'Artisan Parfumeur) or Figue Amere (Miller Harris) can be just as cooling as "sea notes" but with more intriguing points, revealed only on a hot day (like savory and fruity facets) keeping you glued to the plot even more than the average Agatha Christie paperback ever could.

The heat is on!