Have you wondered why some people spontaneously identify a particular ingredient in perfumes as "cat piss"? The seemingly rude term is not without some logical explanation and might indeed indicate a refinement of nose rather than an abject rejection of perfume en masse. Let's explain. 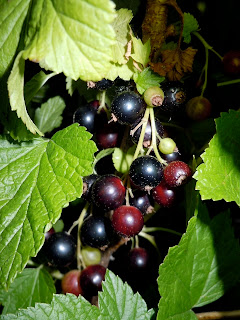 Black currant bud absolute is known as bourgeons de cassis in French, coming from Ribes nigrum and differentiated from the synthetic "cassis" bases that can be cloying and which were so very popular in the 1980s and early 1990s perfumery, notably in Tiffany for Tiffany (by Jacques Polge) in 1987 and Poeme for Lancome (by Jacques Cavallier) in 1995. Compared to the artificial berry bases defined as "cassis," the natural black currant bud absolute comes off as greener and lighter with a characteristic touch of cat. Specifically the ammoniac feel of a feline's urinary tract, controversial though that may seem.

The Peculiar Smell of Thioles in Cat Piss and Blackcurrant Buds
The characteristic odor of the black currant berries and flower buds of the black currant plant is due to glandular trichomes that carry thioles, especially 4-methoxy-2-methylbutan-2-thiol, an ingredients which brings on a cat-urine note atop the fruity facet of the plant. Three hydroxy nitriles also contribute a significant element into the odor profile of black currants, attesting to the acquired taste that black currant is as a note in perfumes. But other plants share some of the particular note, though they're less used in perfumes, such as the leaves of the South African buchu, with which it pairs when the desired effect is to reinforce the feline.

Blackcurrant Buds in Perfumery
Black currant absolute comes from the bud (as per Biolandes, who produce it in France in Le Sen and Valréas regions) but also from the distilled leaves of the plant (as per perfumer Aurelien Guichard) and is extracted into a yellowish green to dark green paste that projects as a spicy-fruity-woody note retaining a fresh, yet tangy nuance, slightly phenolic.
Its most celebrated use has been in being introduced in Guerlain's classic 1969 perfume Chamade, composed by Jean Paul Guerlain. Van Cleef & Arpels, however, have done much to promote their own pioneering use of black currant buds in First, coming out in 1976, composed by perfumer Jean-Claude Ellena. The niche creator Annick Goutal envisioned a fragrance for the young girl in every woman in 1982 when she created a deliciously mellow blend of blackcurrant buds, mimosa and cocoa for her daughter Charlotte in Eau de Charlotte, because her daughter loved blackcurrant jam. 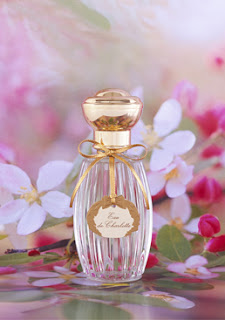 Due to concerns with irritation hazards to eyes, the respiratory system and skin sensitization, black currant bud absolute is used no more than at a rate of 1.0000% in the fragrance compound nowadays and only 20,0000 ppm in flavoring usage.