Perfumer's Base: Animalis by Synarome

Largely unknown and thought of as coinnoisseur stuff, perfumers bases are simply ready-made "chords" of complimentary ingredients which create a unison effect for use when composing perfumes. It both aids with time constraints and it saves the trouble of having to reinvent a desired but tried& tested effect all over again, so the perfumer can concentrate on achieving something beyond the been there, done that. Legendary female perfumer Germaine Cellier, for reasons pertaining to both syllogisms, opted to compose with lots of perfumers' bases, resulting in a contemporary difficulty to replicate her formulae, as many of the ingredients for those bases or the bases themselves are now defunct or substituted. Nevertheless, some bases, such as the famous Mousse de Saxe base for Caron, the succulent peach base Persicol and the naughty Animalis by Synarome, have created their own history and have survived. 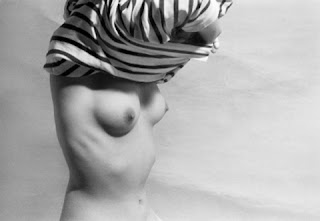 Synarome's most infamous classic "perfumer's base" though is Animalis, from which the term "animalic fragrances" has sprung; a feral, thick ambery yellow liquid, mostly insoluble in water but easily soluble in alcohol, with prominent civet and castoreum (both traditionally animal-derived products),  a cluster of musks and with costus root, a plant essence that has an uncanny resemblence to a mix of unwashed human hair, goat smell and dirty socks. The presence of phenolic-smelling, para cresol molecules also indicates a tannery tar & barnyard "stink". And yet he effect of the finished accord is envelopingly fur-like, powdery musky, warm, powerful, rich, decadent and yes, very animalic-smelling.

To get a feel for the classic accord, Animalis is featured in vintage Piguet's Visa, in all its "dirty" glory, created by Jean Carles (the man responsible for the skank-fest that is the classic Tabu, "un parfum de puta", a whore's brew). I also believe that Weil's Zibeline (a characteristic "parfum fourrure") features some of it in its core. Other vintages featuring lots of it is the rare Soft Youth Dew, one of two declinations of the classic Lauder Youth Dew in the 1970s (the other declination, the Intense Youth Dew was actually marketed later as... Cinnabar!, as per Octavian) and the less rare Mais Oui by Bourjois. It's also part of the mysterious urinous & musky allure of Kouros by Yves Saint Laurent (which indeed features a healthy dose of costus under phenyl acetate paracresol). But as much as it was favored during the classic era of perfumery, the traditional Animalis base fell out of favor in the middle of the 1980s.

Perfumery restrictions, which have axed the use of costus and eradicated the use of real animal ingredients, required a recalibration of the actual formula of Animalis, now allowed to be featured in up to 4% of the compound for perfume making. The base's stability has allowed it to not only be used in fine fragrance but also can be featured in shampoo, deodorant and creams. Modern Animalis perfume base includes 10-undecanal, linalool, alpha-pinene, β-Caryophyllene, limonene, heaps of cedrol and cedrene alpha. Mysteriously enough the final result ends up smelling animalic (smelling the fragrances containing it confirms this). The modern Animalis, animalic-smelling but without animal-derived ingredients, is featured in Vierge et Toreros by Etat Libre d'Orange and possibly the masculine Twill Rose by Parfums de Rosine.

For accuracy's sake, Synarome currently has not one but two distinct Animalis bases in their arsenal (the breakdown of ingredients above pertains to the first one): Animalis 1745-03 (which is Tonkin musk smelling, which is to say very warm, musky with a leathery nuance) and Animalis 5853 with woody & sensuous notes. The latest version of the former is Animalis 1745-03 TEC.
International Flavors & Fragrances (IFF) offers a similar competitive product, called Cherval, but that one is less cedary and even more powerful.

It's interesting to note that Animalis has not only been used in oriental perfumes, as would be expected them being the quintessential sensuous, langoruous fragrances evoking sexy thoughts, but also in citrus fragrances to exalt their fresh notes by way of contrast.