The Seduction of Scent: The Myth of The Scented Panther & Iunx

The ancient Greeks knew how to sprinkle fantasy and poetry into their fragrant tales: The poplars wept amber tears for the fall of the sun; Tantalus is bereft of tantalising fruits of exquisite scent forever out of his reach; and upon every tale of hero or heroine transformed into some fragrant plant or material (like Daphne, Narcissus or Myrrha), trying to escape the ever amorous advances of some god or lesser deity, reigns the fascinating myth of the scented panther.


“The panther exudes an odour that is pleasing to all other animals, which is why it hunts by staying hidden and attracting them with its scent.” 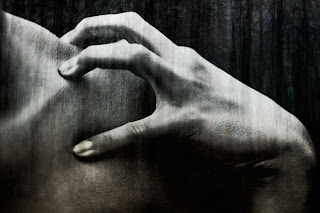 According to the myth, of all the animals, the panther was the only one that smelled naturally good. This Greek myth teaches us a thing or two about the seduction of scent, if only in how it has captured the imagination of people for milennia. The classical writers write that the panther calls on its prey. Rather different than the hidden in ambush, squating its back down onto the long grass feline, keeping an eye on its prey unwatched. The mythical panther just exudes its scent and “the fawns, gazelles and wild goats are attracted  to this fragrance by a sort of iunx.”

This elusive word, a strange transliteration that even inpired a fragrance house by the same name conceived by perfumer Olivia Giacobetti (Iunx), is actually derived from the Greek for "to call, to cry out" and it makes sense in the sense of it working like a calling card for the panther ~or anyone using a means to an end; for our purposes that would be scent. Latin transformed it to "iynx" from which "lynx" isn't too far away (and neither is "jinx" which is also derived from it, the calling of bad luck).
Panther on the other hand literally means "all beast", from the Greek παν (pan, i.e. all) and θηρίο (thereeo, i.e. beast). The panther is a symbol, a mythical creature with the looks of an αίλουρος/ailuros, a feline and a power multiplied tenfold, only belied by its suave movement.


As he paces in cramped circles, over and over,
the movement of his powerful soft strides
is like a ritual dance around a center
in which a mighty will stands paralyzed.
~from R.M.Rilke's The Panther(1902)

The "iunx", although a term transfigured by metaptosis in other languages, still stood for something tangible all the same; a love charm. In erotic magic, the seductress made use of a small wheel attached to a piece of string. This little instrument produced a whirring sound which caught the ear as much as the motion caught the eye: the pull was almost mysterious.
Iunx came to transpose the object on the subject who yielded it; it came to refer to the love potion maker, intextricably linking perfume with magic and eros. Indeed in classical iconography Eros is shown as holding an iunx. In the image off a red-painted vase by the Meidias painter (410 B.C.) Adonis and Himeros (the winged god of sexual desire) are playing with an iunx.


The god Dionysos, the god of transformative mirth, of wine and of abandon to sensuous desires, is often seen riding on a panther while his priests wore panthers' skins. Athenaeus in Deipnosophistae 2. 38e writes:


"From the condition produced by wine they liken Dionysos to a bull of panther, because they who have indulged too freely are prone to violence . . . There are some drinkers who become full of rage like a bull . . . Some, also, become like wild beasts in their desire to fight, whence the likeness to a panther." 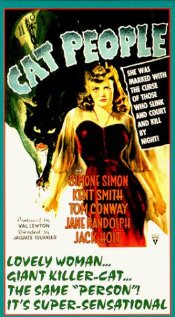 Doesn't the panther also hide in itself the power of man-eater? The violent connotation of the dangers of getting too close to a vicious force of nature? Like love can be? In the 1942 film Cat People by Jacques Tourner, a Serbian immigrant fears that she will turn into the cat person of her homeland's fables if she is intimate with her American spouse.


"[The infant] Dionysos was hidden from every eye . . . a clever babe. He would mimic a newborn kid; hiding in the fold . . . Or he would show himself like a young girl in saffron robes and take on the feigned shape of a woman; to mislead the mind of spiteful Hera, he moulded his lips to speak in a girlish voice, tied a scented veil on his hair. He put on all a woman's manycoloured garments: fastened a maiden’s vest about his chest and the firm circle of his bosom, and fitted a purple girdle over his hips like a band of maidenhood."

Western European tradition reinforced the magical aspect of the panther in the medieval Bestialities: After feasting, the panther will sleep in a cave, its rest lasting 3 long days & nights. After this period ends, the panther roars, in the process emiting a sweet smelling odour. This odour draws in any creature who will smell it (the dragon being the only creature immune), upon which it feeds; and the cycle begins again.
It was the advent and domination of Christianity that finally turned the "man-eater" beast or seductive woman into the fragrantly sweet word of the redeemer: the magic allure of the scented panther who lies in the den for 3 days serves as parallelism with the stay of the Messiah in the grave for 3 days before his ressurection. The scent of sanctity henceforth became the alluring pull that draws men into a different kind of seduction: That of the spirit.

Painting of the Meidias vase via http://lib.haifa.ac.il, photo by Lydia Richter via gardenofeyecandy.com

thanks to Annick Le Guérer for her help
*Share with link: Wednesday, February 29, 2012