When it comes to fragrances democratic forces seem to be at work: There is something good to be found at all price points. The smartness lies in finding it amidst prejudices against "cheap" (there's a difference between cheap-smelling and low price, they're not necessarily interchangeable) and against "mass market". Not to mention feeling secure in one's tastes vis-à-vis others and their own preconceptions upon revealing what you're wearing.
After all, almost everyone in the industry is using the same palette of fragrant ingredients and the same perfume authors (perfumers working for major companies), so the real difference lies only in actual concept, indie companies or those using all naturals which naturally (no pun intended) fetch a high cost of raw materials.
So let's concentrate on the smarts: What are the most worthwhile inexpensive fragrances on the market that you won't be embarassed to put on your person? For our purposes nothing costs more than 20 euros on regular retail on this top smelling, cheap thrills list. 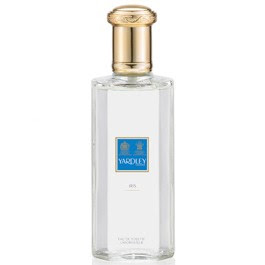 If you have been investing in Hermes Hiris all these years, run, don't walk, to go try this iris fragrance offered by the traditionally British brand Yardley. In their new look line of soliflores (including Lily of the Valley among them), Iris is a valiant effort at offering a more than decent orchestration of that melancholic, part sensuous flesh, part somber, metallic timbre effect that all good iris fragrances project.For the price, quite impressive! 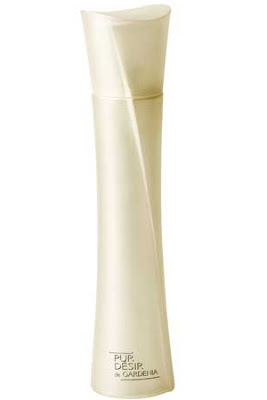 Yves Rocher Pur Desir de Gardenia
Probably the most realistic budding gardenia in existence (tie with Private Collection Tuberose Gardenia by Lauder) at a fraction of the price. Gardenias are recreations anyway, so the low price only proves how analytic chemistry can serve a perfumista's wet dream. Rendered through the magic of jasmolactones, Pure Desir de Gardenia is a wonderful, magical fragrance. It goes on and off the market, apparently, so grab it when you see it.

Lily Prune Patchouli Chic
The Lily Prune line (a subset of the Ulrik de Varens house) has been created with someone who knows just what hot buttons to push: a great starchy musk, a fabulous pod-like vanilla, a plausible woody that isn't too synthetic, and yes, a great wearable patchouli. Patchouli Chic is a chic patchouli scent indeed, fusing powdery nuances and the light sweetness of vanilla to flank the more exotic shades of the Eastern bush.

Sarah Jessica Parker Lovely
In a sea of Narciso Rodriguez For Her smell-alikes, trying but no cigar for most, this celebrity fragrance in the floral woody musky category is the only truly worth investing contender. And it's not going to break the bank. Lovely by Sarah Jessica Parker shimmers with a smiling mien, pretty, light but definitely there, at the cusp between slightly dirty and shower clean. Forget the official "notes" about lavender and appletini that referenced the persona of Carrie in Sex & The City (which made possible for its star to front this fragrance), this is a sweet musk laced with a white floral accord. Abso-fucking-lutely lovely as Mr.Big would say! 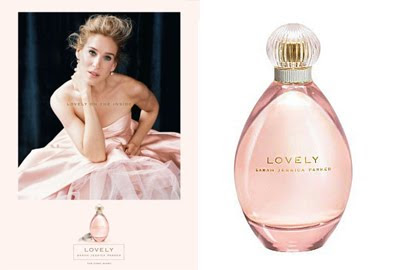 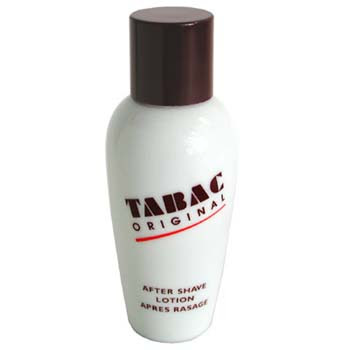 Tabac by Maurer &Wirtz
The classic Tabac from 1955 is a reference aromatic fouger for those who have upgraded from their "me too" "chick magnet" fragrance choices. Preferable in the Eau de Cologne concentration (which is just as potent as Eau de Toilette), this is a good barber shop scent, the fusion of old-fashioned talc and laundry day lavender, clean with a whiff of mossy tobacco.
Top notes are aldehydes, lavender, neroli, bergamot and lemon; middle notes are carnation, sandalwood, orris root, jasmine, rose and pine tree needles; base notes are tonka bean, amber, musk, vanilla, oakmoss and tobacco.

Lidl Suddenly Lady Glamour
A very unassuming choice, coming from a German supermarket brand no less at huge markedown, but smell it side by side with Coco Mademoiselle and you just might be hard pressed to discern which smells better. I don't know what this says about Chanel, but it's good news for the pockets of those on a very tight budget not minding a dupe.

Zara Black Eau de Toilette
Zara on the other hand, despite the economical prices for high street fashion that looks as good as designer pret-a-porter is no slouch when it comes to glamourising its product. But the prices for their perfumes are still very good, probably because they follow the axiom of the clothes (covetable designs in affordable prices for chic Europeans). Zara Black smells like a very credible effort to reconciliate Flowerbomb with a softer aspect, rosy-fruitish and sweet with a delicious underlay of patchouli & musk. Zara fragrances are not to be bypassed. 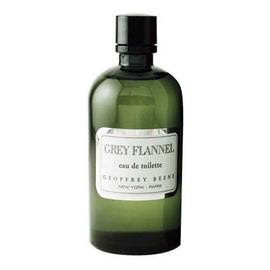 Goeffrey Bean Grey Flannel
Geoffrey Been stroke gold with his Grey Flannel, a proud American classic and an innovative men’s cologne, bringing the shyness of violets into the realm of masculine confidence. Crisp greenery and musk tonalities (plus that seductive coumarin in the bottom) combine to evoke a man in a tailored suit, perfectly groomed, clean-smelling without one iota of modern aquatic “freshness” nevertheless. The man who wears this in cooler weather is the quiet type, a smart businessman or someone who has been opting for it for half his life and wisely knows not to change. If it ain’t broken, don’t fix it, as they say. The only misstep? Perhaps that flannel in question is really purplish green instead of grey. But we can be very forgiving in his case…

Halston by Halston
Iconic American designer of the 1970s Halston launched his eponymous fragrance for women in 1975. A graceful and confident chypre blend for women of the same spirit, Halston fuses minty green accords with melon and peach, seguing into a floral core rife with warm and sensual woods. A little soapy, quite celebral and yet sensuous compared to other sudsy fragrances aimed at germphobes or nuns.

Halston Z-14 (for men)
Mentioning the Halston brand twice should tell you something. Halston Z-14 is a masculine leather fragrance with aromatic accents (artemisia, basil, cypress) and mossy greens which was introduced as far back as 1974; nothing lasts that long on the market without merit! Giving it a sniff you will find out just what that first dedicated, loyal band of men knew all along: It acts on women like catnip does on cats! Boozy, deep and totally sexy, Halston Z14 is to be avoided by the very young, probably, but if you’re a man and not a boy, then, boy, will this be your badge of honor! 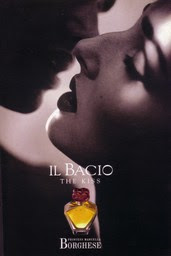 Princess Marella Borghese Il Bacio
Launched by the design house of Marcella Borghese in 1993, Il Bacio, meaning The Kiss in Italian, is that particular marvel: a good fruity floral. Fresh and crisp without screechiness nor surupy sweetness, it accents rose, iris and honeysuckle with the fruity armful of plum, melon and passionfruit, all on a base ofmusky amber. It sounds disgusting, I know, but give it a try. It's quite elegant and feminine, rather than juvenile.