One of the most frequent and controversial divides among Europeans and Americans has to do with the scope of this venue: smell! The things we like to smell, the way we smell, the cultural milieu in which this function happens, our perception on it and the reaction to the olfactory environment. Why are the French (and most Europeans grosso modo) so much more attuned to smells and more receptive of them, even when they tether on the edge of the unpleasant, than North Americans? Before anyone says that this is not true, let me state: There are of course exceptions, on both sides. And I bet our American readers are here exactly because they belong to that percentage of exception; even though they are numerous, let's admit it, on the grander scale of things, perfume is only a small niche. But incidents like trying to ban scented products from public spaces in a whole city or refusing to carry a passenger in public transport in Calgary, Canada, because her perfume is disagreeable, not to mention the augmenting complaints of real and imaginary "allergies" to perfume which we discussed recently, tend to happen across the pond mostly. Why is that? 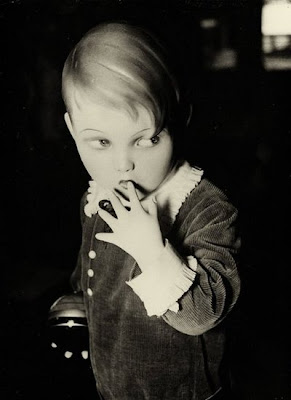 Certainly one cannot in any sanity of mind even entertain the thought that there is some inherent, chromosome-induced difference in olfactory perception or reception, because a)that would sound completely Nazi-like and b)both North America and Europe consist of largely mixed populations which have effaced lots of their indigenous DNA makeup through centuries of intermingling. We all, more or less, start from the same standpoint, but we tend to diverge early on. So, if it's not nature, it's got to be nurture. Education, to be exact. It's not just a 9-letter word, you know.

This train of thought lagging at the back of my brain was sent to the forefront again when I came across a post on Sylvaine Delacourte's blog, the artistic directress of parfums Guerlain, who elaborated on how they actually organise special "workshops" led by Marie Birin (in two levels, mind you!) for children starting from the age of seven (!) so they can learn how to organise smells in their mind, see the perfume creation logic at work and therefore appreciate scents better. One might cynically exclaim that this is a tool to convert children into little consumers. And in some part it does create an affinity for the brand, I suppose, when they grow up. Wouldn't you have fond memories of a brand who allowed you to get your hands dirty with all kinds of smell stuff and got you out in the garden to sniff flowers and wet earth? Yet I wouldn't wager this is intended with that objective to begin with (they also host workshops for adults anyway). No other society on the entire planet is more consumer-and-business driven than the American one and I have yet to hear of children's perfume appreciation workshops there. The powers that by do try to make them little consumers, all right, what with the Disney cartoon characters embossed on innocuous "waters" for playing dress up and what not, but is this really on a par with sitting down and educating them about smells and raw materials? I don't think so.

Ask what perfume signifies across different cultures and you will hear interesting differences of perception, converging on its overall goodness: To some it's a pick-me-up, a moment of freshness and joyful, frank pleasure, a smile at both yourself and the world, if you will. Think of the Spanish, the Greeks and the Italians who use literally liters of eaux fraiches and Eaux de Cologne throughout hot summers both on themselves and on children. To others, it's part of a glamorous living in which they can indulge into after decades of being deprived of these luxuries. Think of the Russians and the formely communist Eastern Europeans who had no varied access to perfume for decades, because it was seen as a decadent representation of capitalism. To others, still, it's a nostalgic representation of nature scenes for when the sky is all gloomy and overcast making them dream (think of the Victoriana English perfume scene before the advent of niche in the last decade) or an accessory which is providing a tie with both long tradition and latest fashion (think of the numerous German and Dutch apothecaries, or the au courant designers' scene hailing from North Italy, Austria or the Netherlands). And of course there is that special intimate rapport between a person and their chosen perfume; the latter standing as an extendable, inviting aura for the revelation of the former, which is so well met au valeur (put to its besty advantage) in France...

These are so much ingrained to children from an early age that they grow up to view them as perfectly natural, expected, par for the course: An experienced pedagogist was telling me the other day regarding potty training that she recommends when a toddler is successful to congratulate them with "well done" and a drop of their parent's cologne or perfume on their hands. An Austrian acquintance of elementary school age came back from a trip grabbing not only chocolates, but also minis of 4711 Eau de Cologne. For herself and for her friends I might add. Relatives give small sips of red wine to their little kids so they develop the palate to appreciate them at a later age. French friends routinely give camembert (a non pasteurised cheese) to their small children without as much as raising an eyebrow as to any microbe scare. Heidi, in the famous Yohana Spiri novel, a Swiss child, was accustomed to drink goat's milk (a quite smelly kind of milk in its raw form) straight after the milking off the animal. The antithesis in the form of revolted apostasis to that was Miss Rottenmeier, the austere, dried-up sprinster who was responsible for the kids at her German friend's home in Frankfurt. European children in short are taught from the craddle onwards that smells are not a bad thing on the whole. Sure, some are more likeable than others and everyone has personal preferences, but they form part of the sensual world. And the sensual world is something to embrace and indulge in, rather than reject and demonise. 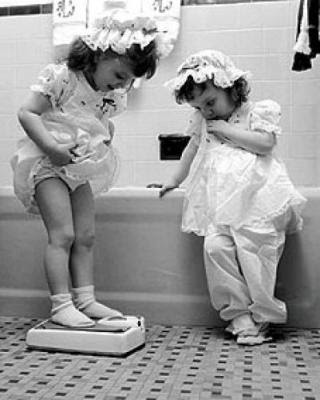 Contrast with the American reality and lore, where smelly stuff is (seemingly inherently) bad and many things having to do with the body are demonized by the status quo. Even the phrase "it smells" usually has a negative connotation: Putting perfume on small children is generally seen as sexualising the child, even by people who themselves are responsive to perfumes. The value of keeping childhood innocence for as long as possible in nowhere more pronounced than in American culture, as attested by children's fairy tales of local origin, films and prototypes which, enthused as they are into passing the best possibly intented pedagogical messages, sometimes tend to overexaggerate in their zest. If Snow White was an American tale, she would never have eaten the poisoned apple but instead would have responded to the wiles of the evil stepmother with a "This isn't washed nor peeled, talk to the hand!".
Flowers are increasingly grown devoid of any particular smell, as if they are meant to look nice and just play the virgin. Come to think of it: Why was it such a big deal that Brooke Shields and Britney Spears were presented as virgins at the time of their prime? I have never heard such claims by any aspiring or established star in Europe (and if they did dare bring this up, it would be confusing and ridiculed, like "what the hell does this has to do with what your job is"?)
Urban kids eat chicken drumsticks coming out of a pack of 6, almost never having the experience of seeing someone defeather a real chicken (never mind a rooster) and seeing the guts discarded in a plate, unless they live on a farm of course. If you showed them or if you mention that process in a classroom full of kids, they would sooner respond "eww, don't gross us out" than make appreciative noises at the inherent violence (yes, children do embrace violence in healthy, necessary ways too) and curiously "dirty" satisfaction that such an act produces (Have you ever cooked a mean coq au vin having just received a rooster from a small supplier at the village? Do try it and then tell me!).

Therefore, if this talk among perfume enthusiasts about "stopping the madness of banning perfume and scented products" is to be taken seriously, then people, please try starting at the source: at the hand that rocks the craddle. It is the hand that rules the world. In the foreseeable future, at the very least.