Frequent Questions: How to Open a Stuck Perfume Bottle?

You've seen it happen and cursed under your breath: Your favourite bottle of fragrance on your dresser, or the precious vintage perfume you bought from a collector or unearthed from granny's attic, is hopelessly stuck; its stopper or the sprayer doesn't seem to work; nothing, rien, nada... No amount of pulling, tagging, cursing, or praying has yielded any results yet and you're desperate to pry open and have a go at the fragrant insides. First of all, don't despair, it has happened to us all... 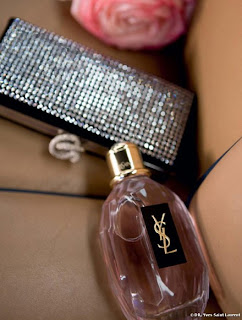 Usually the culprit is just dried-up perfume that needs to be either mechanically or chemically removed/dissolved in order for the cap to resume its original function, i.e. keeping the contents air-tight and not playing with your nerves-strings. Secondly, here is a handy guide into opening stuck bottles of fragrances and extraits, techniques depending on the type of flacon and age of fragrance.

First of all try using a rubber band twisted a few times around the stopper might do the trick: it gives you better grip, so you can magnify your strength's effect.
If it doesn't budge try running the bottle's neck and stopper under some hot water: the difference in temperature will create convulsion and have the cap loosen. You can also try this with salty hot water, it's even better. Then taking a kitchen towel and twisting a bit you should be done. Try again and again if it doesn't work the first time around.
If unsuccessful, another version would be to take the bottle in the fridge and let it sit for a little while (around a quarter of an hour should be enough). Again the difference in temptrature would do its trick. Last but not least the more sophisticated version involves microwaves: Take a paper towel, wet it, put it in a microwave oven for a few seconds, wrap it around the neck of the bottle in question, hold it there a few seconds with another towel over it, then twist gently. It does not affact the bottle or scent at all.

You wouldn't want to get a precious vintage bottle under the tap because you risk wetting and smudging the label, which is part of the vintage perfume's value. Neither would you want to refrigerate it, because the glass due to old age can become brittle and break or snap.
Instead get pure-grade alcohol (90 proof and upwards) at the chemist's ~usually these are stored alongside 70% isopropyl. Take a very small piece of cotton wool, 'string it out' a bit and saturate it with alcohol. Place it around the stopper above the neck and squeeze a few drops out so that they seep down around the stopper, then pack the cotton round it. Wait a few minutes to sit, allowing the alcohol to dissolve any hardened residue and then carefully try to twist the stopper.

Sprayers sometimes get stuck. It's a fact of life: Anything mechanical is prone to the occasional glitch. That does not mean that once it's stuck it's stuck forever! I have had sprayers which I thought were stuck for all eternity to magically revive themselves without any external intervention later on. This was attributed to good Karma, divine providence, changes in temperature and atmospheric pressure disloging the mechanism and other crucial factors beyond our control. What is within our control is the following: 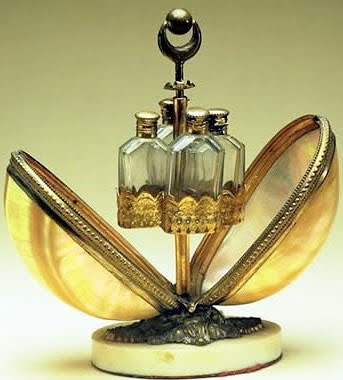 First of all you need to ascertain whether it is a refillable sprayer or not (Not immediately obvious in some bottles). If the former, then it's a piece of cake unscrewing the whole mechanism of the sprayer and simply using the fragrance as a splash version or decanting it into another atomiser.

I deduce the problem is in the latter category where the spraying mechanism is securely screwed on the glass bottle forming a uniform entity. In that case, you need to first remove the small cap that is on the pumping mechanism: you will see a small "rod" inside protruding from the mechanism. Sometimes gently pushing this down a few times with your finger will yield results. If it starts to leak on your fingers eventually, it means it's unclogged and you can put the little metallic cap on and spray again, mission accomplished! Sometimes however you won't be able to resume the sheer phhhhhssst of the original sprayer and it will be reduced to a small stream of juice. Consider yourself lucky anyway, you're still able to use your fragrance.

Other times you will need to additionally saturate the little protrusion with alcohol or a little oil and then alcohol, so as to dislog the remnants of aged juice that have clogged the mechanism in the first place. And other times still, none of these methods will work and you will need to actually remove the whole sprayer: Cut the metal very carefully at the bottom side with a sturdy pair of scissors for garage work first and then using a pair of pliers gently elevate the sprayer while holding the bottle with the other hand (You want to be very careful not to drop the bottle or spill the contents and also to avoid having the pliers and mechanism bounce back at your face). This method renders the original bottle useless of course, but I assume if you're intent on opening it you're mainly interested in using the scent, right? You can decant the contents into a new atomiser and use it as such. Don't forget to put a label on it so you know which scent and batch it was.

Best of luck with your bottle adventures!

Email ThisBlogThis!Share to TwitterShare to FacebookShare to Pinterest
Labels: frequent questions, how to, stuck bottles