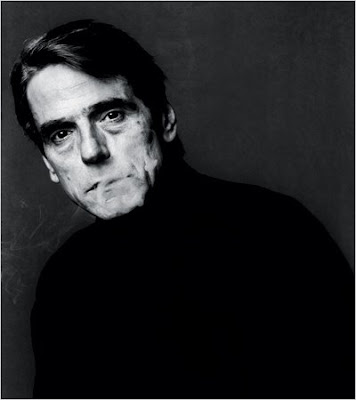 Sporadically one comes across a perfume composition that is perplexing yet enthralling like a chameleon actor who manages to marry opposites, hiding a little cruelty under a suave façade.
Serge Lutens has made history in producing influencial "chef d'oeuvres". His Vétiver Oriental, although not extrapolating the oriental zenith that other fragrances in his line accomplish in a more assured way, such as El Attarine , Arabie or Douce Amère, is stunning nevertheless. The reason is as much aesthetic as it is intellectual: I cannot shake the impression that the task of scaling down, of attenuating the formula to the richness and sumptuousness of the material's roots is an algebric challenge, a piano étude aimed at perfecting a specific agilité that is not in tune with the Lutensian way of usual opulence.
And yet...and yet the result speaks in hushed, nocturnal voices of a decadent drawl; a few chiseled citrusy consonants, a little rubbery-smoky with the rosiness of gaiac wood, surprisingly sweet-spoken licorice-like (deriving from lots of anisaldehyde) with the earthy bitter edge of dry cocoa and loads and loads of polished woods, almost laminated. The natural earthiness of vetiver is heavily flanked by this strange bittersweet idea which was accordingly used in tandem with patchouli in Bornéo 1834 to magnificent results. The quiet plush of balsams and resins (perhaps Peru balsam?) and animalic-like ladbanum elements bring the recollection of warm skin not stripped of its natural oils through the use of perfumes and deodorants, a tad salty. There are some common elements with Le Baiser du Dragon by Cartier which uses vetiver in an orientalised composition of amaretto hints and a tropical white flower in order to cut through the sweetness.

However if the onomatopœia is anything to go by, Serge Lutens and his trusty cohort Christopher Sheldrake, fooled us into believing this is a vetiver-sounding fragrance: it is not and therein lies its strength or weakness. Contrary to the painful pureness of Vétiver Extraordinaire by Frédéric Malle, Vétiver Oriental goes for the trajectory of the root, inviting a Guess Who? game like the late Theresa Duncan used to say; veering into the quasi-gourmand makes it a fabulous amuse-guele but somehow too much as a main course. Nevertheless, this is the time of year when it naturally shines its golden viscosity: the crisp weather brings out all its velvety attributes while its exceptional lasting power and moderate sillage are welcome comforts. 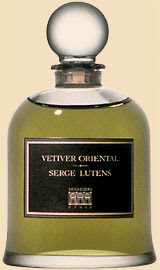 My friend Gaia wrote:"What I'm getting is a feeling of a dark jungle, exotic and wild. As it unfolds its beauty, you also sense the danger that lurks just behind, tempting you to go in deeper". If Vetiver Oriental is indeed a lion in the jungle, then it is the emaciated Scar with his almond shaped green eyes lowly roaring in silvery tones "a shining new era is tiptoeing nearer; just listen to teacher".

Vetiver Oriental is a Palais Royal Paris exclusive created in 2002 contained in the characteristic bell-shaped jars. It was released for export for a limited time only for winter 2004 in the refined, sparse rectangular bottle. It has now reverted back to exclusive status.