Yes, but is it original? 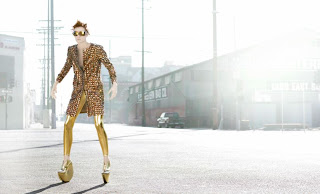 "Newness is in the mind of the artist who creates and not in the object he portrays.[...]What moves men of genius, or rather, what inspires their work, is not new ideas, but their obsession with the idea that what has already been said is still not enough."

With this aphorism in mind, this past weekend I was contemplating whether perfumery still possesses originality. Originality in art manifests itself in both subject choices (what to tackle) as well as style (technique). The fact that perfumery can be an art form if the people behind it are so inclined is undoubted in my mind, as I had elaborated a few years back wondering what constitutes art in perfumery and what does not. I had also mused on whether post-modernism influenced perfumers. This train of thought was re-kindled by a comment on Denyse's Grain de Musc: the new Serge Noire is great, per our combined opinions; “yes, but is it original”? asked BillyD.

In The Thought Gang, the British author Tibor Fisher wrote that all ideas were covered by the Greeks long ago and we're merely rehashing the collectively forgotten. This is the conundrum of the artist: "I won't look at what has come before, I won't go to galleries or museums, I won't read or talk to artists, and thus I can't help but be original." Is this even possible? Is it even desirable?

Originality in perfume seems somehow unattainable today, if only because Serge Lutens has been so instrumental in the emergence of original compositions and niche perfumery in general, raising the bar high for others as well as himself.
Nevertheless the first niche lines were probably L’artisan Parfumeur founded by Jean François Laporte and Diptyque by Yves Coueslant and Desmont Knox Leet. The former started by issuing lighter compositions than the mainstream brands, inspired by nature and focusing on forgotten or completely novel ingredients (Mûre et Musc, L’eau du Navigateur, Prémier Figuier, Vanilia, Bois Farine) ; the latter, striding over the more picturesque scenery of Greece, coming up with intensely unusual compositions such as the herbal L’eau trois, the strange beast of L’Autre or Eau Lente, inspired by historical descriptions of the time of Alexander when such concepts were the Ultima Thule .
But it was Lutens that shrouded his craft with prestidigitation, a touch of Japanese aesthetics and the opulent tradition of the Arab world. The boom of the Internet made this small, elitist line with the exquisitely unique fragrances a cult item, prompting others to step their toes in the pond of niche. Some of them, such as Les éditions des Parfums Frédéric Malle had original ideas: acting as a book editor to a lineup of authors-perfumers who compose what they want without commercial restrictions. Some other brands capitalized on the new boutiques such as Aedes, Luckyscent and First in Fragrance, to issue their own less original paradigms.

Who bought all those fragrances?


Some ask praise of their fellows,
But I being otherwise
Made compose curves
And yellows, angles or silences
To a less erring end.

Thus delineated E.E.Cummings his desire to go off the beaten path in 1926. This was very much the mindset of the audience which Lutens first accosted in his foray into Les Salons du Palais Royal de Shiseido in 1992. I recall an article by Susan Irvine for the British Vogue in mid-90s which quoted someone who didn’t want to go out to dinner and have the waitress lean over smelling of the same perfume; therefore she went for niche! It seemed that there was both an elitist and snobbish streak running through. 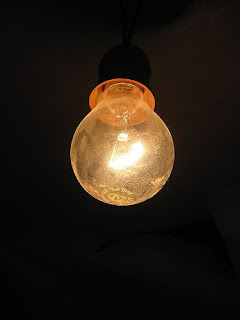 And although I have been a perfume lover as far back as I can recall, when I first immersed myself into the Internet world of perfume boards before the boom of perfume blogs in 2005 I remember it increasingly impressed me as if the more weird a composition was, the more devoted its fans were and the cooler they were perceived by others. It was as if an unwritten rule set the measure of sophistication as liking fragrances that would produce confounded whispers and raised eyebrows among the non-initiated. The hallmark of a cult, if there is one!
“Ohhh! Dust-on-an electric-lamp accord!” the collective frisson of excitement was palpable as we were reading the notes in Odeur 53. What had happened to Guy Robert's axiom that a fragrance must smell pleasant?
Other times it was the quest for the rare, the hunt for the pearl beyond measure, a fragrance forgotten by time, mere dregs at the bottom of a derelict bottle hiding in someone else’s attic and auctioned at exorbitant prices.
Soon brands cottoned up: they began to bring out fragrances both resurrected like Phoenixes from the ashes (i.e. Guerlain, Lancôme) and based on the most provocative or outré concepts (ie. état libre d’Orange, Le Labo, By Killian).

And someplace between this and that, myriads of brands issuing the 174th Ambre or the 48th Cuir and noses coming up with small cupcakes accord ~as if larger cakes smell differently~ we became jaded. The thrill of discovery was over. Have the niche brands stopped being creative and original or have we changed? I propose to you that it's a little bit of both. Releases in both mainstream and niche lines multiplied 50-fold in the last decade, meaning it was impossible in terms of time and brainpower to come up with something unforeseen; also, when one is sampling things more than actually wearing a constant rotation of favorites (which is what often happens to perfume writers and enthusiasts such as us), there is an amount of jadedness setting in. It is as if we know what we’re going to smell before we inhale, we know what we’re going to read before we lay eyes on the promotional text and as if we couldn’t really be bothered to hunt the new down anymore. There is ennui and boredom. Is it significant? Will perfumery suffer because of the waning interest? Probably not, judging by the fledging brands mushrooming up every day or the new Myrmidons banging fearlessly down on Aedes’s door, eager to sniff the newest this or that.


"Sometimes it is best to say something new with an old technique, because ninety-nine people out of a hundred see only technique. Glackens had the courage to use Renoir's version of the Rubens-Titian technique and he found something new to say with it. Cezanne may have tried to paint like El Greco, but he couldn't help making Cézannes. He never had to worry about whether he was being original. Don't be afraid to borrow. The great men, the most original, borrowed from everybody. Witness Shakespeare and Rembrandt. They borrowed from the technique of tradition and created new images by the power of their imagination and human understanding. Little men just borrow from one person. Assimilate all you can from tradition and then say things in your own way. There are as many ways of drawing as there are ways of thinking and thoughts to think."

A thought well-worth keeping in mind for the perfumers and art directors of perfume brands. And for ourselves, as well!