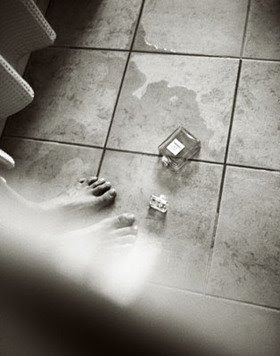 Sometimes a question is not just a question. It includes its own answer and some surplus connotations as well. How can this theory be applied to perfume discussion? Here is how: "Do you think the average person on the street would like Chanel Bois des Îles?" The thought was further elaborated: "Does our extreme focus on fragrances make us unable to be impartial judges at this point to what appeals to the masses? And finally...do we even care what the person on the street thinks as long as we like it?" This got me thinking.

For some reason, a question like that presupposes certain things:

1) that Bois des Îles is not popular anyway (OK, I am willing to believe this due to exclusivity, if not taste)
2) that Bois des Îles is therefore somehow superior (which in all truth it is...But this is besides the point, as it is getting asked, so supposedly it would be under scrutiny whether it is)
3) that the average person cannot recognise the value of a superior fragrance if they smell it
4) that the person asking is not average (notice the term "masses")
6) therefore, by process of syllogism, the person asking is superior.

The answers are just as interesting:
"I do not think Bois Des Îlesis a particularly accessible fragrance" coming from a "newbie" as she admits. Another continues the above thinking: "I don't eat what the average person on the street eats (McDonalds!) and I'm sure they don't share my taste in scent. That's fine, we can have rarefied taste..." To which there is some follow up: "Bois des Îleswas not made for the average people. I am not interested in their reactions".
And the pièce de resistance, someone asks: "Which street?" (I am laughing now with the wry humour. If it's not humour, then I don't know what to say!)

A friend with whom I discussed this replied with another question: "Why the hell would I want the average person to love it on ME?"
Because it is inferred we pick them, not the other way around. True, dear, true.

Since when our choice of perfume makes us superior? Or is this as ancient as the first cavewoman/caveman who rubbed herbs on the body and believed to be better than the neighbour next...cave-opening? I am asking you!

Pic originally uploaded on Wit of the staircase
*Share with link: Monday, March 31, 2008