The Dirty Secrets of the Grey Market & Fakes 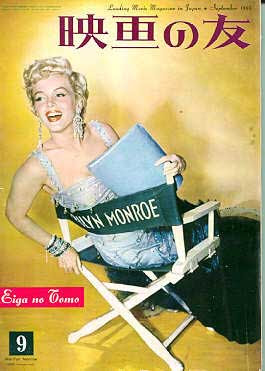 In addition to the revelations of the exceedingly low costs of several fragrances on the market that we discussed recently, Perfume Shrine continues to be inspired by the juicy behind-the-scenes reportage by Chandler Burr in The Perfect Scent. Unfortunately it corroborates all our worst suspicions and the hush hush gossip we have been hearing from people in the know: "The biggest, dirtiest secret is that you have to sell your products to yourself" as one French executive had revealed. Now that it is in the open, we feel at liberty to discuss this.

The parallel market is what is at the bottom of all this. Burr brings the example of Chanel France who makes the products and has to sell to Chanel USA (there goes the myth, then, dear readers!), who in turn sell the products to the distributors ~where you go and buy your fragrances.
This official practice however is supplemented by them selling to the Arabian Peninsula as well ~Dubai. Which is lawful of course, but which leaves the margin of the latter liquidating the products at some indeterminate moment to dirty little stores on less respectable avenues. Something that was not intended by the headquarters.
This is what happened with the cheap bottles of normally expensive Creed fragrances that so often raise their heads in Ebay or certain sellers online: the grey market. {click for a coherent explanation of how this works}.

Basically valid when the dollar is stronger than other currencies, the grey market operates on

"goods that are legitimately imported from abroad, carry a recognizable trademark or brand name, and are sold at significant discounts outside of the manufacturer's normal channels of distribution".

To restraint such disreputable practices that mar the cachet of any prestigious brand, companies try to shut down those distributors, but more importantly they try to control diverting by marking their product. This practice also protects the consumer from the cheap fakes which circulate as well, usually made in the Far East, more of which later on.
The lot numbering on Chanel bottles started for this exact purpose and they marked the boxes with the country they would sell to (such as, indeed, Dubai). Apart from the etching on the bottom of the glass, Chanel bottles bear a four digit code on the back side of the bottle, just over the base: very discreetly, but there, able to be traced. However diverters soon realised that it was possible to open the boxes, alter the numbers and re-shrinkwrap them. The answer by the legitimate producer was to use invisible ink, but it is a universal thuth alas that anything one devises, another is able to crack...

What is perhaps more intriguing still is that now there is a new technological breakthrough that like a version of Brave New World gone tangibly real it manages to genetically imprint the juice with a recognisable substance that is readable by a gunlike machine which picks up its signal. Very futuristic, no?
Of course this is not very useful to the consumer, who does not possess such a machine, nor is he/she privy to the fact that there is such a process in practice anyway!
To give you an example, this is one method that Jean Paul Gaultier parfums (and therefore Givaudan who produce them) are known to go through. In those beautiful torso bottles there is some genetic stuff floating around that is identifying the juice as the genuine article; something we hadn't thought of when we dabbed the fragrant liquid on our skin.
Other companies such as Chanel do equally well in protecting themselves, with their own methods. Others yet, like the Louis Vuitton Moet Hennesy group (which includes Dior, Givenchy, Guerlain, Kenzo, Lowe and Aqua di Parma parfums) do less well apparently, per the industry gossip.

The following info is especially eye-opening:

"If you take all the sales, 50% are sold in these parallel markets. It helps Chanel France's bottom line, but it hurts Chanel USA's bottom line. Nowadays it's such a common practice it's become uncontrollable. And even the parallel market is in its worst state everywhere because heads of companies have to make their yearly numbers, and so at the end of the year they get desperate and start pouring product into the legitimate markets, which then overflow into the parallel market, which right now is actually flooded".

Which brings us back to the matter of fakes as well. Parallel market presence is indavertedly a sign of recognition of a brand's recognisability as much as the production of fakes is a sign of desiribility of the original product.
It is no accident that Chanel is the brand whose products from cosmetics to fragrances have been most copied and faked: it is universally the most recognisable beauty brand and enjoys iconic status accounting for much of its sales.

But time to get practical for the benefit of the customer. In order to differentiate a fake from the original product one has to pay attention to certain details: Usually the cap and lid are not quite right and less luxurious than they should. There is no engraving on the bottom of the bottle but rather a stick-on label, or else the etching is badly made. The logo isn't as sharp as the one on official product in stores, denoting lack of the proper equipement to implement it in the first place. The glass can be a little streaky, not uniform, a sign of inferior quality. And of course in a fake too often the smell is off, with overwhelming alcoholic opening or a stickiness later on, and the colour is not as it should be.
For those reasons, perhaps despite the elevated prices it might be a good idea to purchase your Chanel bottles at a regular store.
But as always whatever you do, it is in your interest to be informed. For this purpose, Perfume Shrine recommends those two Ebay guides for spotting fake Chanel perfumes.
Here is the first one focusing on specific bottles and here is another one about Coco Mademoiselle in particular with info on the box as well.

Accompanied with pics, they are a little nudge to let you make the right choice.