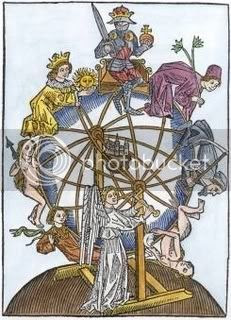 Perfume lovers are well aware of the fact that "notes" in perfume denote only the feel that certain ingredients emote and not necessarily the exact ingredients that go into the composition of the final product. Such is the case with chypre perfumes as well.
Although we described the traditional elements inherent to the tradition of chypre perfumes in the previous article in the series, this serves only as a guidance to constituents playing a greater or smaller part in the art of composing. Each variant highlights a slightly different note or places emphasis on something that distinguishes it from other members of its class.

Modern synthetic aromachemicals also play a part in this process. The conventional notes of bergamot, oakmoss, civet, rose, neroli, vetiver, angelica, sandalwood and the herbal touches of thyme, tarragon and basil are joined thus by linalyl acetate, amyl salicylate and the characteristic note of safrole or isosafrole. The latter is a composition of the German firm Heine, circulating under the name Product EM.
This note has been called the very thing that assures the perfume's success and it is based on oakmoss, labdanum, liquidambar, linalyl acetate and possibly several floral essences that give that special abstract florancy characteristic to chypre compositions.

Although most people marginally into perfume tend to view chypres as the equivalent of a J.S.Bach fugue, all complicated themes recurring as the perfume evolves on the skin making for a formula that is highly sophisticated and which demands originality and expert handling from the perfumer, it has been proposed that in fact the contrary is much more the case. 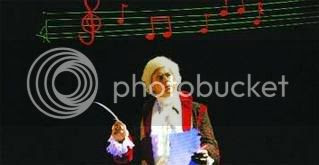 The formula of a chypre is strict and allows less of a leeway for producing something that would risk being an abject failure, so a lack of imagination might be attributed to houses that might bring out new perfumes in the genre falling back on what is more or less a "safe bet". This is what prompted Maurice Chevron to remark: "It is simply beef stake". The culinary comment denoting that it is something standard, proper, always good with whatever twist you make it.

Another category, termed "coniferous chypre" might be included, encompassing heavier use of resins. And one might argue that leather/cuir is a category on its own (which it is), leaving legends such as Bandit by Piguet, Cabochard by Gres or Cuir de Russie by Chanel into a chypre limbo. For the purposes of this series, we will give those leathery compositions permission to rest into chypre heaven and play the harp to the skies. Or hell, in select cases...

To understand what goes into the production of each category one might glimpse the lists stated in professional handbooks. I therefore present you with some examples from an older textbook on the subject.
In the interests of journalistic ethics/deontology the exact measurements have been ommitted in the following breakdowns.

The ingredients below form the body of an aldehydic chypre (the name of aromachemical company that produces the ingredient in parenthesis):


Another characteristic chypre base contains the following:

And here there is a distinctively 'animal' note in a chypre base.

This formula is for a modified chypre perfume with a peach top note. Does this remind you of anything?

Of course there are several restrictions on ingredients, both natural and synthetic, some caused by concerns on their allergenic nature or possibility for producing a hives reaction on certain skins. Eugenol, coumarin, geraniol to name but a few are clearly stated in the ingredients on the package by law. Some others have even been linked to cancers, such as musk ketone, and therefore heavily axed.
And of course there have been several others that have been cut out simply due to unavailability, ethics or extreme cost, such as natural animalic notes in the vein of castoreum, civet, deer musk and natural ambergris.

The most controversial though has been oakmoss, a natural tree lichen that grows on oak trees and which forms the backbone of a traditional chypre. For more in depth info on this ingredient and the controversy it has spawned recently due to the IFRA guidelines for the production of perfume as well as the EU laws, I guide you to my previous article, on which Luca Turin had the good grace to comment on.
You can access it by clicking here.

Next installement will occupy itself with another interesting aspect of chypre perfumery.