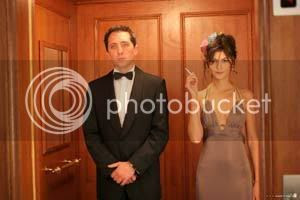 The new niche line I have promised you is none other than Vero Profumo, the spiritual child of Vero Kern, a Switzerland based aromatologist and Paris trained perfumer under the mentoring of none other than famous legend Guy Robert.
I was immensely flattered to find that Vero had been browsing my blog from time to time and as conversation about perfume has a way of broadening horizons and make leaps into the territory of the unknown, I came to virtually meet this kind, eloquent, thoughtful person and try out the precious perfumes.

The introduction that is offered on the impressive and quite artistic site (click here to take a look) is very telling of the motivation that exists behind any intelligent, artful creation. Because perfumery is commerce, but in this day and age we so often forget that it is also an art form: something that does not take account so much the name, the image, the advertising budget and subsequent campaign as the topmost qualities to determine the impact of a scent in the market, but also a product that can bring elation and beauty in one's life at the spritz of an atomiser. As Vero so rightfully says:

"Fragrances and aromas are with us all the time, wherever we go. They can touch us emotionally, even seduce us, and they influence our wellbeing.
Perfume is more than a temporary accessory. It is an unseen "calling card" representing your personality. An imaginary embrace, a "folie a deux" or maybe even a liaison dangereuse. A "je ne sais quoi" that follows like the tail follows a comet".

Indeed unravelling the ties that make up a beautiful composition is like opening up an oyster to find a luminous pearl hidden inside; hidden from the world for the delectation it seems of an inward need. Vero uses precious essences and natural compounds as much as possible realising that the quinta essentia that those materials harbour in their core is accounting for a richer, more multi-nuanced experience than the one rendered by only aromachemicals as is the case with most mainstream perfumery. Of course the synthetic molecules out of a lab can also be used to great aplomb and in this line they are not excluded, but they do not take center stage; rather aid the main act like a chorus in ancient drama ~echoing the main theme, commenting subtly on the protagonists, offering some coaxing when needed.
Her line of perfumes includes three loveable creations in extrait de parfum concentration that captured me in varying degrees: Kiki, Onda and Rubj. Each individual and unique, yet all bonded by an artistic signature that accounts for a certain style through the line. And that is usually the mark of someone who knows what they're doing.
There is a desire to revert to the classicism of yore that provided masterpieces that endure, yet seen through a modern look that makes them awaken the emotions of a contemporary sensibility.

It is in this context that I came upon Kiki, a precious gem of a perfume that has me hooked and hankering for a note that I am usually averse to: namely, lavender. As readers of PerfumeShrine may recall, Andy Tauer's Rêverie au Jardin is one of the few lavender scents that have managed to capture my heart exactly because he managed to render a soft embrace out of it, caressed in a warm scarf worn around the neck on a cool evening strolling along a peaceful garden with a loved one.

If Andy's lavender is a casual, feel good scent that is to be shared with your long-time lover while holding hands and breathing the evening provencial air, making dreams about the eminent future, envisioning a cozy existence of loving sharing, Kiki is more extroverted and naughty signifying the attitude of an illicit couple out for a good time in the city of Light, Paris.
Although lavender is herbaceous and somewhat medicinal by nature (albeit the user of most commercial mass-market products would be hard pressed to realise that, as it is usually swamped by synthetic vanillin to make it cuddly), in Kiki it is clear and distinct for a long while but never becomes bitter nor unpleasant. The undercurrent of a bodily warmth hides in there and some muskiness that retains the sweet smell of sheets in which you have rolled over with your lover and later eaten on while on a Paris tantalizing naughty trip. It is redolent of sexy but classy lacy underwear in ivory that has been kept in those powdered-scented big cardboard boxes with tissue paper, to be used with the sole intent of getting out of it real soon. And if there is some caramel suryp in the room, it will see good use as well. 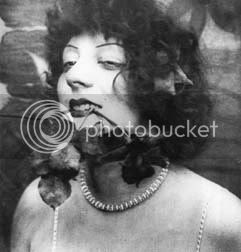 As the scent progresses interweaving elements of slightly sweet fruity notes that do not overwhelm it becomes intoxicating, like a promenade along the Rive Gauche and the Monmarte, trying to visualise the infamous Kiki de Montparnasse (real name Alice Prin) and her crazy 1920s days: a model, a lover, a nightime queen.
The lasting power and sillage are amazing, as this wafts caramely whiffs with powdery opoponax-patchouli accords throughout the day and into the night, whispering sweet nothings into the ear of the object of a dangerous and irresistible affair. As it can be shared by both sexes, it becomes a memento of a time spent in pure sensualism and pleasure in the big city. Who would have thought that when saying "lavender"? I knew you wouldn't be able to come up with an answer to that one...

Vero Profumo fragrances can be sampled/bought in Switzerland and neighbouring countries through the site. You can also contact Vero at profumo@veroprofumo.com.
Plans to bring the line to the US are scheduled for mid 2008.
Prices for Kiki extrait de parfum are 105 euros for 7.5ml and 165 euros for 15ml.