There's something about the imaginary buds of pepper and clove that conjure the drawing rooms of La Belle Epoque, where carnation bouquets were bursting off their vases, and of funereal wreaths heaving with the sadness of the vanished; an illusion, an unaccountable stay of execution, the carnation blossoms. This tightly swirled affair of fragrant petals, so disregarded, so pedestrian, so much of a filler flower. And yet...From deep beneath its corolla comes the scent of a bygone era and the remnants of romance; a spicy effluvium that speaks of anticipative prom corsages as much as of hidden passions. 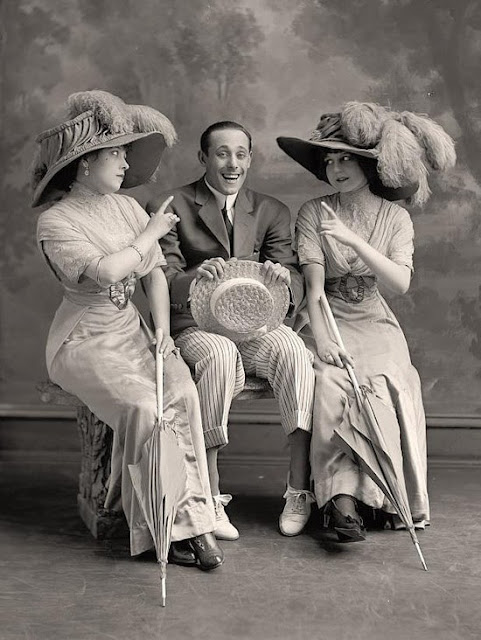 
REFLECTIONS ON AN WEARY EYE

Oscar Wilde himself, king of hidden passions, was infamous for his allegiance to the curly blossom which decorated his groomed attire, as much as his homoerotic proclivities; it was "The Green Carnation", a short-lived but widely read scandalous novel from 1894 that supposedly reprised the illicit love affair of the Irish author with Lord Alfred Douglas, which damaged his reputation beyond repair and was held against him in a court of law. Subsequent lore even goes as far as to suggest that the green carnation on his lapel was a nod to the Parisian pederast scene, and yet there is absolutely no evidence to suggest that it was so; in fact were there any shred of truth in that claim it would have been presented during his libel trial regarding the Marquess of Queensbury. But such is the nature of the flower; it provokes with both its voluptuous appearance and its spicy bouquet which removes it from the realm of the chaste and the virginal into the territory of the fierce. After all, in the language of flowers a deep red carnation stands for mad love and affection. Pink and white carnations on the other hand represent a mother's love, enshrined into becoming the official Mother's Day blossom, inspired by the religious tale of having sprang from the earth from the tears of the Virgin Mary weeping for her son on the cross.

If your only acquaintance with carnations (Dianthus caryophyllus) is the refrigerated, florist shop, overbred kind that fills bouquets of more posh flowers in need of a larger budget, or sad, funeral wreaths, the jolting into smelling the vanilla-laced yet oddly phenolic, smoky pepperiness of a good garden variety -such as the Sweet William or the revived Malmaison carnations (reprised in the now discontinued Floris fragrance by the very name), huge and headily fragrant- is enough to make you reconsider.

Most carnation scents harken back to old days quite factually. The incontestable Poivre and the diluée Coup de Fouet, both Caron, are badges of another era, when a Cruella Deville warmth emanating from a plush fur coat was considered the height of chic instead of an invasion of private space and asinine disregard for animal rights. Bellodgia, another Caron, this time more romantic rather than baroque, with its sweetish, soft halo was a huge success when it came out in 1927, reminiscent of Italian vacations. Today it is considered nostalgically retro, too signora for today's signorinas. Ernest Daltroff, the maverick perfumer and founder of the French house, was extremely fond of carnation, nevertheless, injecting it along with his equally beloved Mousse de Saxe like a stealth superpower in almost everything he made. It is unfathomable to speak of carnation fragrances without mentioning the Caron canon; En Avion, Or et Noir, Le Troisieme Homme...there's no end. Even in modern Caron releases, such as the liturgical leaning Parfum Sacre, carnation plays an important role, it's a true fetish!

The prime of carnation fragrances came in the 1920s and all the fragrances of the period are specimens constructed on cloves, with which carnations share facets, as we will see further on. This genre, a, harmonious spicy blend, was considered evocative of the tropics, fanned on cardamom, coriander, cinnamon, cloves and pepper, alongside heady, narcotic flowers, in tune with the Orientalism that pervaded the roaring 20s. Guerlain even revisited this idea with their modern Terracota Voile d'Ete a while ago. Most of those fragrances however, like Oeillet Fane by Grenoville, Patou's Adieu Sagesse or Lancome's Fleches, have all but disappeared with (almost) no trace. Blue Carnation by Roger & Gallet was very popular, ensuring a continued existence, but it finally capitulated; the 1937 scent's been discontinued to the dismay of many; at least the soap survives. If we know and recognize a carnation in a complex blend today we owe it most of all to the enduring success of L'Air du Temps by Nina Ricci, the fragrance which in 1947 consolidated what Coty's L'Origan had inaugurated in 1905 and which L'Heure Bleue made impossibly romantic, the spicy floral. Indeed L'Air du Temps owes a lot to the spicy chord inside its complex, nuanced heart, making the fragrance piquant instead of merely soft and pretty. 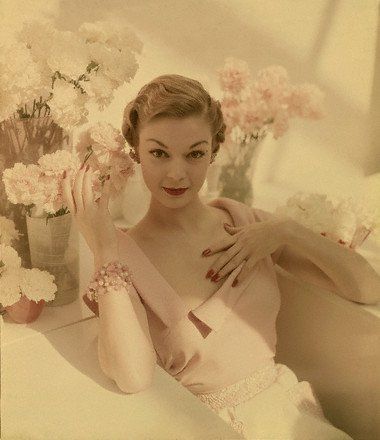 
This trick is carried over to other fragrances, sometimes NOT specifically within the soliflore category, following the Ricci paradigm: Charlie (Revlon), Norell (Norell and later Revlon), Balahe (Leonard), all take carnation to the bosom to inject a much needed accent, even in greener compositions. Some even take things further, proposing the spicy floral in an orientalized blend, such as Vol de Nuit (Guerlain), Dioressence (Dior) Opium (Yves Saint Laurent), Cinnabar and Spellbound (both Lauder) the original Poison (Dior), Roma (Laura Biagotti)..... The carnation there imparts a fresh spiciness amidst the heftier elements. We might as well see the breakthrough of this latter trend in the potent carnation direction of Tabu by perfumer Jean Carles.

Contemporary creators are not indifferent to such a fierce adherence to this passionate note: Jar's Golgonda behaves like a grand-daughter to Coup de Fouet, clotted cream inside the fieriness, one can almost picture it on the proverbial feisty red-head. Diamond Water is still carnation, but lighter and more transient, with a metallic quality, like a cross between Parfum Sacre and Bellodgia. Garofano, dense and almost thorny to wade through, by Lorenzo Villoresi, is a successor of the hefty tradition. Modern fragrances with a rather light-hearted, unisex character include Dianthus by Etro and Comme des Garcons Carnation from Series 2 Red. Masculine scents, incontestably virile, also utilize carnation for good measure: look no further than Equipage by Hermes, Cacharel pour Homme, Tabac Original (Mauer & Wirtz), Worth Pour Homme and the classic standby Old Spice.

Eugenol and isoeugenol are practically inseparable in nature so it makes sense to use both when constructing a carnation accord. The former appears prominently in cloves, as well as in allspice and bay leaf, but also in basil and floral essences (rose, ylang ylang, jasmine), while the latter (detectable in nutmeg and mace) is more floral-balsamic, accounting for a truer "carnation blossom" scent.

"Natural rose extract and ylang essential oils are the real thing: rich in depth and volume, varying in quality and ...expensive. Especially the rose oil. The "cheat" there is to use nice and cheaper rose and ylang bases provided by industry. Mostly synthetic, but doing the trick for the large scale markets." says Andy Tauer of niche line Tauer Perfumes. Rose is exactly the trick in Eternity by Calvin Klein; the scent smells like carnations, but is built on roses.

The molecule 4-vinyl guiacacol, coming from grape-drived percursors in yeast and must, is an interesting proposition: in white wines it has the double edge of appearing like a fresh carnation in dilution or a dense clove off-note in concentration. The crucial percentage is dependent on grape variety, yeast strain used and the fermentation process, a delicate balance which shows the secret bond between carnation and cloves best of all.


Regardless of carnations falling out of fashion, the sweet-spicy note is frequently part of both women's and men's fragrances, and will remain so in the future. A number of compounds with a carnation character have been invented, supplementing the above stated naturals. Benzyl isoeugenol, or 2-methoxy-1-(phenylmethoxy)-4-(1-propenyl)benzene, a solid with a balsamic note and a powdery carnation-like sweetness, and Methyl Diantilis ® (Givaudan), or 2-ethoxy-4-(methoxymethyl)phenol, which has a sweet-smoky odor with powdery aspects reminiscent of carnation are two of the most popular ones.

The main constituents in the spicy bouquet of carnation are eugenol and isoeugenol. It is therefore unfortunate and foreboding that these substances are greatly rationed in the recent specifications of the SCCS and IFRA directives, signaling a recalibration of how a carnation accord is constructed in perfumery. But not all is blek: Eugenol is strong enough, even in the 0.5% limit in the final formula and new discoveries promise to preserve this retro spicy note.
Lately carnation is revisited anew: Vitriol d'Oeillet is a very recent release by Serge Lutens, steeped into the gothic and mystical ambience for which the maestro is known. If Lutens is doing it, everyone will soon be doing it.