‘The Art of Scent’ at the Museum of Arts and Design, delayed by superstorm Sandy by a week, is finally opening. Curated by Chandler Burr (well known to perfume aficionados so that he doesn't need an introduction), its aim is to place fragrance in a vision-free "zone" to be appreciated as pure art.“The fundamental goal of the department [of Olfactory Art],” mr. Burr said during a recent interview at his office, “is placing scent as an artistic medium alongside painting, sculpture and music.” For however “brilliant” or “extraordinary” the greatest scents may be, he added, “they’re not recognized as works of art, and the artists who create them are not recognized as artists.” 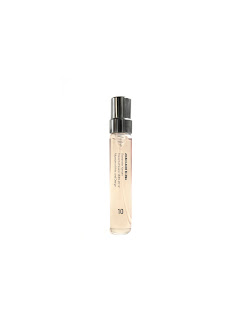 A gallery with 12 gently curved indentations in its walls was created by Diller Scofidio & Renfro. "Hidden behind each is a scent diffusion machine: a visitor who leans into the curve will set off an electronic eye, causing the machine to release a burst of fragrance calibrated to stay in place for four seconds, without spreading across the room (made by the German company Scentcommunication)".[source]

The catalogue of the exhibition is scheduled to be sold and ready to ship in about 2 weeks on the Store at MAD site here (check for pre-ordering). The catalogue includes essays on the fragrances, written by mr.Burr, referenced through art movements that correspond to the scents, and will retail for $250 and there are only 1,000 catalogues, numbered, 1 – 1,000. The catalogue will contain 11 of the 12 works of olfactory art that Burr is exhibiting —they haven’t been able to include Chanel N° 5 which will be exhibited in the show nevertheless. Each fragrance is contained in a Spartan 5ml vial of pure taste.

And the works contained are: