"It comes from my dad's nickname for my mum: 'Linda I love you,'" explained designer Stella McCartney of her forthcoming scent, dubbed L.I.L.Y., according to WWD. But there's more to the christening; rather more prosaicaly, the perfume's name also pays tribute to lily of the valley (and not lily), a favourite blossom of Stella's mother, Linda McCartney.
The floral fragrance however is set to display an earthier, almost masculine side to with truffle extract at the top and oak moss at the base. On the composition Stella McCartney says: "You can't grow moss — you can't plant it unless it wants to grow. I find that quite sexy and sinister, to contrast with the lily of the valley." 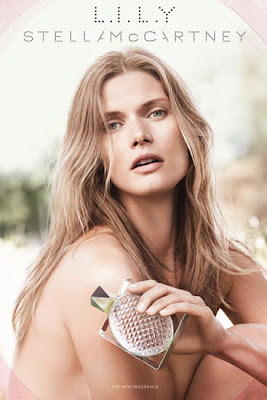 The bottle of the fragrance is steeped in nostalgia as well, apparently: English cut crystal being a nod to the vases and glassware found in the country home Stella grew up in. The crustal part is encased into a metallic base for a modern edge.
The new L.I.L.Y fragrance by Stella McCartney, coupled with ancillary products (shower gel and body lotion) will debut in the UK in late January and internationally in March 2012.
*Share with link: Sunday, December 11, 2011