In contemplating the newest Jo Malone fragrance, Vanilla & Anise, one reverts to an overview of the brand, originally founded by one resourceful English woman and now owned by the gigantic Lauder group. 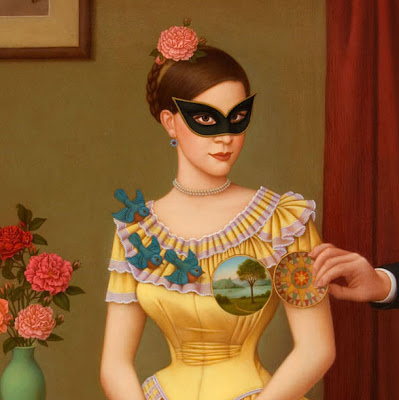 One of the ~superficial, you might judge~ attractions of the Jo Malone brand for me personally has always been that delicious waffle-toned packaging with the black, scented tissue paper and the matching ribbon-tied rectangular boxes: pure class and understated luxury at the drop of (the exactly right) panama hat. No big logos on the carrier bag, no glaring exhibits of glitz. The stacked-up bottles in the boutiques (like the one I had visited in London) make for the deeply satisfying feeling one gets when they manage to uniformly bind a collection of books in personally initialized leather: arguably my own library needs some work towards that end, as only a fraction has received that treatment yet, but I live in hope! Still Jo Malone's library of fragrances presents the same expectations: classy exteriors with contents to be savouringly explored.

The line has so far presented a division of sorts in its pleiad of offerings: there are the Jane Austens, full of sunlight, social banter and light character studies (French Lime Blossom, Lime Basil and Mandarin, Jasmine & Honeysuckle); and there are the Dostoyevsky-wannabes (Pomegranate Noir, 154, Wild Fig & Cassis, Nutmeg & Ginger). Unfortunately sometimes the latter resemble The Gambler, a dare of the Russian master to write up a novella in a month while simultaneously immersed in his famous masterpiece: they take place in Roulettenberg! Vanilla & Anise is placed someplace between the two: its intentions and onoma allude to the latter while the scent itself to the former.

Vanilla as a note seems to be experiencing a revival in niche and upscale brands with the innovative and ultra-luxurious Vanille Galante by Hermès {review link}, along with the newest Havana Vanille by L'Artisan {info here}, a reworking on their vanilla notion, many years after the candy-cotton ethylmaltol innovation of their ice-cream cone hologram Vanilia. I am saying a revival in the niche and upscale brands specifically, because the mainstream sector never abandonded their romantic notions of vanilla being an aphrodisiac; a snowballing concept to be brought to its rightful source: Guerlain and their great classics. The rewoking of vanilla in modern creations is a fresh approach of cleverly interwoven cool and warm facets, resembling changeant fabrics and eschewing the simplistic ice-cream flavourings that have occupied the lower end of the market for more than a decade now.

Per Jo Malone Vanilla & Anise is intended to “transport you to the floral valleys of Madagascar the moment that vanilla orchids bloom at day-break” since regardless of the fact that the vanilla orchid originated in Mexico, it is Madagascar which is today’s largest producer of vanilla. Curiously enough the scent isn't dominated by either vanilla or (star) anise, no matter the gourmand allusions these two might insinuate by their culinary proclivities. The surprise hiding under one of Malone's most successful creations, Lime Basil and Mandarin, has always been the peeking of an unexpected edginess under the greeting familiarity and this element has sneaked its way in Vanilla & Anise as well. In this case it is the bittersweet effect of the oleander note (and perhaps coumarinic accents) alongside the intense citrus touches (bergamot, neroli) clearly discernible, giving a decidedly summer feeling of vacationing at a resort someplace warm. If Hermès hadn't already issued the magnificent Vanille Galante one season ago with its predominatly lily-esque petal softness, I would have been marvelling at the new approach and applauding the delicate, meringue treatment rendered here, all crispy exteriors and airy insides. Nevertheless, given the fact that they already have in a most successful way artistically, I am less impressed the second time around. 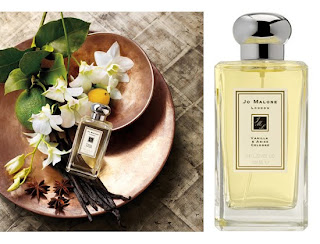 Still, Vanilla & Anise should please those hankering after a luminous, air-spun lightly sweet fragrance with discreet floral touches, especially if they nostalgise about summery pleasures in the heart of winter. Those who prefer their vanillas folded into Dr.Oetker baking mixes or alternatively those who want them smokey-eyed and showing some hint of tushie beneath black see-through should go look for something else.

International launch for Vanilla & Anise is expected in September, but the scent has already reached Nordstorm, the 100ml costs £64, 30ml is £32. Visit the official Jo Malone site here.