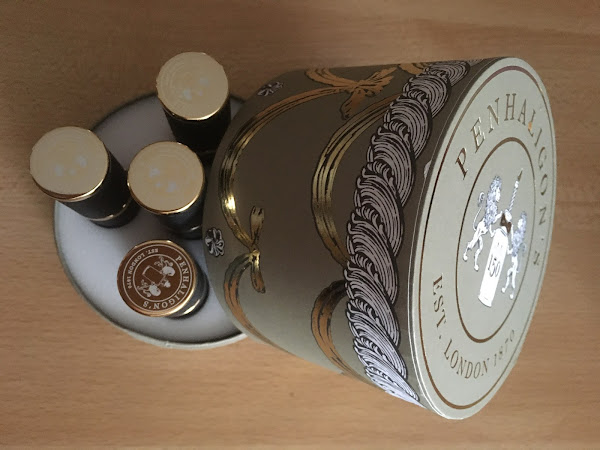 It was inescapable. The new goodies from Penhaligon's have trickled their way to my lap and I'm slowly savouring their delights which I was seeking to try out.

Babylon (an oriental--spicy-woody, exclusive to Harrods till January 2021), Mr.Penhaligon's (a man's fougere to be launched soon) and The Favourite (a delicate lightly powdery floral, on which I am posting a review next) are included in this delectable box of high aesthetics. 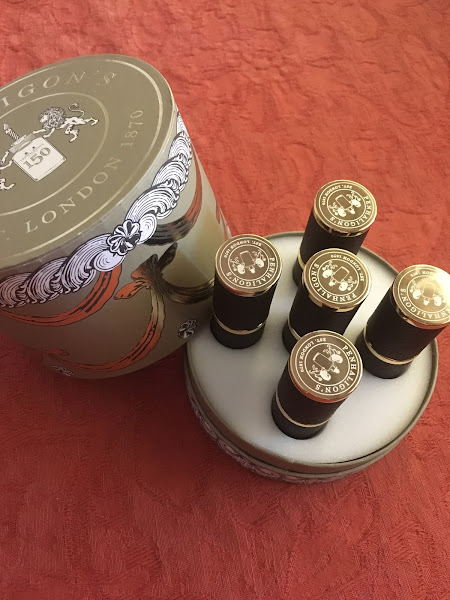 photo by Elena Vosnaki
The above box of wonders is part of the British firm's celebration of the 150th anniversary of the brand's continuous existence. Yes, it did withhold all those years, in fact I know of a person (older than me, obviously) who was working on their London shop in the 1970s filling the cute bottles.
"One mustn’t stand in the way of a well-needed celebration, and Penhaligon’s have just the thing! 2020 sees the sesquicentennial of our creation, and you don’t reach your 150th birthday without picking up a story or two. Just ask our founder, William Penhaligon. There was the time he trimmed the Shah of Persia’s beard. Not to mention all those Society scandals that set tongues wagging in the Turkish baths of Mayfair...150 years of dreams, magical places, distinctive characters, and the world’s most extraordinarily unique scents. Each of our fragrances tells a story, too."
It's a great story, I'll give you that, and what's more, in perfumery, it's quite true too, which is not a given with many other brands who invent their past. Cheers for another 150 years ahead, then.
*Share with link: Monday, October 26, 2020