Patricia Davis in her Aromatherapy A-Z [1] claims that the source of the name "elemi" is an Arabic phrase meaning "above and below" (in itself an abbreviation of "as above, so below") which hints at the spiritual connotations of this sacred ingredient. Similar to frankincense and muhuhu, both in botanical terms and in terms of smell, elemi is not thick and deep like familiar amber mixes. The overall scent of elemi can best be typified in perfume lingo as "terpenic", an aroma typified by fresh pine needles, clean, green with citrusy and coriander undertones. It's therefore not unusual to see it featured in the context of "pine" compositions or in masculine fragrances, as well as in incense blends.

The clear yellow liquid has a thin rather than thick consistency and it surprises with its lemony "clean" aspects which are exotic, yet fresh. This is accountable to limonene (a prime lemon molecule) that comprises more than half of the fragrant constituents of the material make-up. The odor profile of elemi is akin to a dill pickle, with a peppery and fennel facet, discernible citrus piquancy, but less tart than expected from that reference. For those reasons elemi oil blends perfectly with notes that share this uplifting fresh quality within their bouquet, be it materials classified as "aromatic" (such as lavender, clary sage and rosemary) or those in the "resinous fresh" category (such as frankincense—which also shares a lemony top-note—and myrrh). It has long being used to extend citrus products thanks to its higher resistance to heat.

The elemi resinoid on the other hand has the spicy peppery and woody-grassy facets more pronounced making it pair perfectly with pepper, woods (patchouli and vetiver especially), and sweet grass, while its constituent elemicin is shared with nutmeg. Elemol is the molecule that gives it its characteristic "flavor."

Elemi's use in embalming, found in sarcophagi buried in ancient tombs has been celebrated through the ages. The ancient Egyptians championed elemi in the intricate embalming process (alongside styrax, turpentine, benzoin, and other materials) to help the bodies retain their dryness and freshness throughout the centuries. Is the tale that the name derives from an ancient African tribal god whose name translates as "keeper of the spirit" relevant? It's a story steeped in mystery.

According to the Encyclopedia Britannica it was Pliny the Elder who first referenced a styptic medicine with the name "enhaemon," which contained "tears" of a gum substance from the olive tree of Arabia. After the Middle Ages the resin from the Boswellia frereana tree, a Somalian variant (Maydi) of the genus that gives as frankincense, was referred to as "elemi". Its inclusion in Coptic incense (i.e. the incense used by the Coptic Christian church of Egypt), helped the confusion, as elemi is frequently a participant in incense blends. Later, in the 18th century, when the exploration of new lands in the Americas was still going on, the resin derived from the genus Icica from Brazil was -again- called "elemi."

Today however when we refer to elemi it stands for the resinoid and the essential oil, a gum harvested from the tree Canarium Commune, Linn (N.O. Burseraceae). or Canarium Luzonicum which grows in the Philippines, both wild and cultivated. The Manila Canarium ovatum variety (the "pili" nut) is grown also for its skin-beneficial properties which European brands, Chanel among them, use in their skincare lines. Manila elemi is actually a trade name for the soft, fragrant exudates obtained from the trunk of the Canarium tree species which includes "pili." The gum is obtained by exudation of the trees: when the trunks of the trees get an incision resin flows from there, forming "tears," as the liquid solidifies when coming into contact with the air. The collected tears are then steam-distilled to get the essential oil or they are treated with volatile solvents to produce an elemi resinoid.

It is important not to confuse elemi from the Canarium Luzonicum tree from the oleoresin from the Amyris elemifera tree (also known as "torchwood"), the trunks of which exude a type of balsam (oleoresin) that contains elemic acids, liquid sesquiterpenes, and triterpenes such as α- and β-amyrin among other components. To differentiate we can briefly say that Amyris elemifera produces "Mexican elemi", whereas the Canarium Commune variety produces the "Manila elemi". The Amyris derived elemi essence has a sandalwood scent profile, woody balsamic, similar to other balsams, without the complexity of natural sandalwood, rather than citrusy terpenic. Essential oils containing caryophyllene, cadinene, and cadinol are extracted from Amyris balsamifera and Amyris elemifera. These are used in varnishes, perfumes, medicines, cosmetics, soaps, and incense. 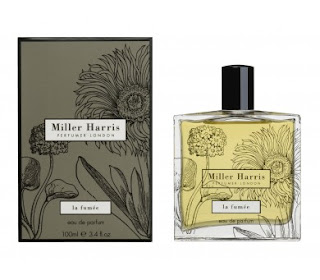 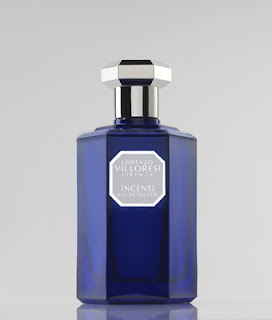