Valentina de Valentino is not a hard name to come up with when you're the famous Italian designer who's dressed everyone from Jackie O to Courtney Love; the feminine counterpart is a sexy name, meant for It Girls who like to pique people's fancy. But first things first: The new perfume by Valentino won't launch internationally until September 23rd 2011, but I have a full bottle to give away in the meantime to a lucky reader! [draw is now closed, thank you!]. It came through a promotion (an amazing-looking one that included a giga book with pics which inspired me to take the photographs of Valentina you see myself) and has been only sprayed a few times to test it. Please state your interest in the comments for a chance to win the fragrance. Now on to the dissecting stuff... 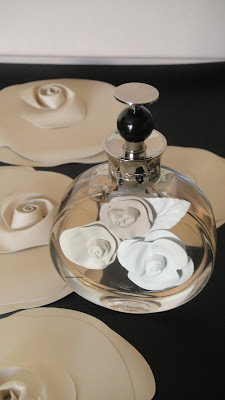 Perfumers Olivier Cresp and Alberto Morillas, masters in the game of producing scentful crowd-pleasers, joined forces in the new Valentino fragrance which is presented as a floriental, but is really a tart, quite fun "fruitchouli" (perfume community slang for the fruits & patchouli genre of fragrances). In Valentina the tanginess of the top notes (citrus and strawberries) cuts through the sweeter elements in the composition, before the soft, clean woody backdrop takes reign for the duration of the scent on the skin. It's essentially linear, projecting with a direct flirtatious message, in the mould of Flowerbomb, Coco Mademoiselle, Parisienne, Miss Dior Cherie or La Petite Robe Noire (it references the berries notes of the two latter, possibly through Frambinone). Valentino is known for his couture, but this is no "couture scent", it's rather mainstream, though well composed. It also includes 7% of the realtively new molecule Paradisone (also used in 2006 Perles de Lalique, Kapsule Woody by Lagerfeld from 2008 and Cheap & Chic I Love Love by Moschino from 2005). 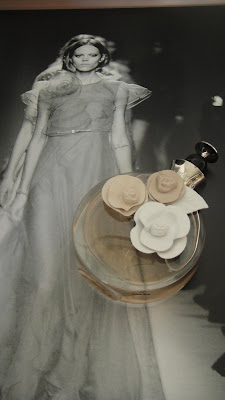 Valentina flirts like an Italian at an opera opening night, kicking the heels underneath and pinching their cute boyfriend's bottom naughtily but -bottom line!- harmlessly. Valentina de Valentino is bright, with sunnier, citrusier elements, a small subfacet of spice (anise and clove-cinnamon?). You feel the floral bouquet (orange blossom, jasmine and tuberose) in the Valentino fragrance most when comparing wrist-to-wrist with another perfume in the genre: Compared to Coco Mademoiselle, for instance, the patchouli in the Chanel is positively camphoraceous side-to-side and the whole seems less floral. Even so, lovers of the latter would probably like the former, sweet tooth and its hint of castoreum & earth in the "white truffle" accord. This latter element is a hint that they might have been inspired by the seminal Une Rose in the F.Malle line, but of course the Valentino perfume is tamer; there's only a wink of "earthiness". 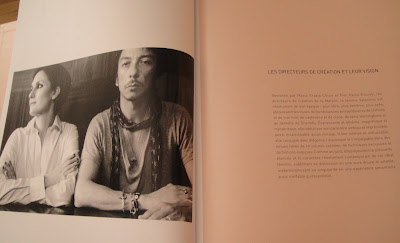 Valentino focuses on how the creative team has envisioned the new fragrance for the modern audacious woman. I suspect they sat down and saw the void of a fragrance for youngish women on the prowl in their portfolio; and who can blame them? 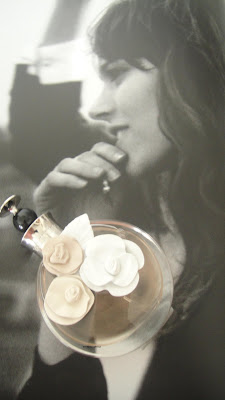 The photographic campaign by David Sims sees Freja Beha Erichsen shot in a deserted Rome at night-time, after escaping a boring soiree (it's a cute commercial!).
The packaging revisits the ideas of Valentino couture, especially the pastel colours of the past three collections; femininity, audacity and sobriety. All these translate into a bottle that is delicate and surpemely pretty to look at on your vanity with its gorgeous flowers embossed on it, like a small corsage. 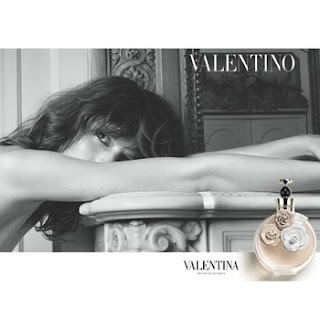 All photographs (except for official ad) © by Elena Vosnaki. Click to enlarge.
*Share with link: Tuesday, July 26, 2011