Season Specific Fragrance Wardrobe & "Rotate Your Scent so You Don't Stop Smelling it": Fiction or Fact?

Surely all of you have heard/read these lines time and again: "You must change your fragrances from season to season to get a better effect". And: "You want to avoid wearing the same fragrance all the time, because after awhile you literally won't be able to smell it - that's just the way the sense of smell works. If you have several fragrances, you can alternate between them and avoid "getting used to" the way they smell. Add fragrances to your collection periodically so you have a nice selection that you can choose from". Great! It's not enough to just find something that suits you; perfume selling stuff, fragrance companies and glossies have persuaded you that it's a most difficult task and you need expert advice ~their advice~ to get the ball rolling. "Feel fresh and relaxed with moisturising body soap and men's perfume",  magazines say."You need to rotate your scents". 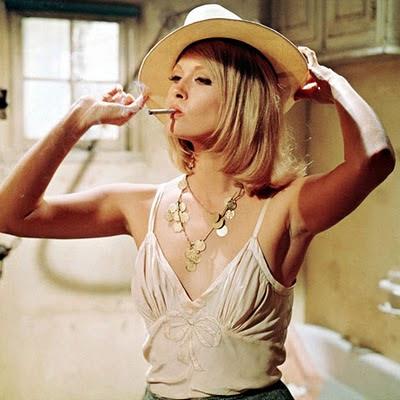 Now you need to find several of those, to comply with changes in season, weather conditions, occasions, mood, hormone imbalances and match it to your nail polish shade and your earrings. I'm of course kidding. All this received advice, which has been reiterated for decades to the point we've all believed it, is pure and utter bullshit; a myth, if you will. And I will prove to you why.

The main argument in favour of changing your perfumes from day to day is so your nose doesn't become too accustomed to it and you risk not smelling it on yourself any more". True, it's a scientific proven fact that our nose becomes acclimatised to existing odours after a few minutes so that it's ready to pick up alerting odours. It's the hunter-gatherer's gene: big predator is approaching; that bog is poisoned, better not drink water off it; something is badly burning, could it be the thatched roof on my hut? That said, the artificial corrolation of that fact with perfume use bears little logic. Fragrance wearing is not an opaque layer of odour that stays the same throughout the day, thus inflicting odour perception blockage like it would be if you were sitting in a chemical factory working every day to the same effluvium. Apart from the natural evaporation that would naturally occur, fragrances are constructed in a purposeful way so that different elements come to the fore with warmth, friction or simply rate of evaporation of the molecules in question. Usually we refer to this as the classic "fragrance pyramid" of top notes, middle notes and base notes. Although not all fragrances are built that way (indeed most are not nowadays), there is still a structure even in linear scents that creates a less or more intense scent that you catch whiffs of throughout the day. Think about it: How many times have you surprised yourself by smelling your fragrance amidst a daily chore and thinking "this smells good"? Clearly, your nose blunts a bit after the initial swoosh, intense enough hence the occasional sneeze when first putting it on, but the peaks of scent are there to remind you of its presence: now you catch it, now you don't; but you're not totally oblivious unless you're performing brain surgery, in which case what the hell are you distracting yourself with sensory stimuli for? 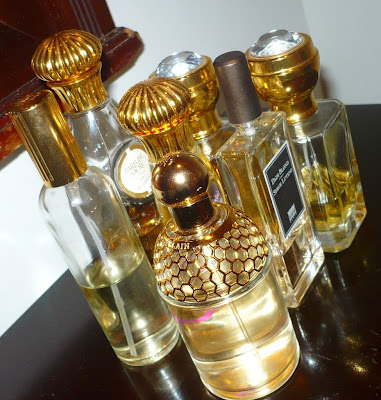 I have tried the practice of wearing the same scent for weeks on end myself as an experiment to see whether I would stop smelling it on myself several times (usually involving either Opium, Bandit, or Diorling) and the amount used and enjoyment derived never fluctuated; instead the continuous use allowed me intimate knowledge of the fragrance in question, something which could not be done if I was being fickle continuously. Not all days were the same while going the course, but at the end of each session I was not more oblivious to my scent than when I started. Perhaps getting people to change fragrance all the time avoids exactly this pitfall: they might realise just what utter dreck some of the products on the market are and never return to buy them! But wait, the fragrance industry has cornered that as well: "By the time you get bored with this one, we will have a new collection in the store", a line which makeup sale assistants have been using for ages. It seems like perfumes have become seasonal makeup items as well. Witness the hundreds of flanker fragrances (scents of the same brand coat-tailing on a bestseller's success with minimal change in name and packaging). And the tsunami of fragrance launches in the last 10 years: In the worlds of Oscar Wilde "Fashion is a form of ugliness so intolerable that we have to alter it every six months."

But even if that weren't enough, maketing lore has cleverly played upon our most subconsious fears pertaining to smell. The implied innuendo of "after awhile you literally won't be able to smell it" is "think how horrible that will be on those around you!" Notice how sly they are into leaving it be hinted, without actually blurting it out: Because if you won't be able to smell it, why buy their product again anyway? They could have said, "you're not going to enjoy the scent as much after you put it on day in day out", but they don't, they say "you won't be able to smell it on yourself". Smell, not enjoy. As in "you smell!", aka a negative connotation. Because the perception of our human smell is such an intimate, personal thing, there is the fear that the way we project our homo sapiens projectiles might be repulsive to those around us. It just wouln't be the same with a visual example and they know it. Visual clues are unquestionable unless you're blind: either something is blue or it's not. But what is "good" and what is "bad" in olfactory terms? The confines are broader. And thus the perfume sale is sealed!

One of the easiest ways of cementing the need for a fragrance wardrobe is the concept of "a seasonal fragrance wardrobe". This is mainly because if you notice the bulk of the sales of perfume products happens in the temperate zone and not some sub-Saharan savvanah. The change in seasons in such places is dramatic enough that this seems like it makes sense. And yet we know that sometimes ambers bloom in the summer and florals can be icy and full of luster in the dead of winter. "Heat enhances the perception of fragrance," says Karyn Khoury, senior vice president for fragrance development for Estée Lauder Cos., who wears fragrance every day. "It warms up the skin and intensifies the diffusion of fragrance so you smell it more." (as reported by Beatrice de Gea in The Wall Street Journal) "When spring arrives, women may want to tone down perfumes so they aren't overwhelming. Ms. Khoury often leaves behind the deeper, richer scents of the winter months, such as patchouli and cedar wood, and instead seeks out fragrances with lighter touches—'citrus notes like mandarin, lemon and grapefruit, dewy green notes, things that smell like leaves or fresh-cut grass, lighter tropical florals like gardenia petals' she says." Khoury is responsible for mega sales of fragrance for decades, so she is a decathlon champion talking about running; you know there's a reason.

Historically speaking, the idea of changing your fragrance all the time, the concept of a fragrance wardrobe, didn't appear but very recently, in the middle of the 20th century actually. Perfume lost its prophylactic function in Western society when Pasteur made his discoveries, while it had almost entirely lost its sacred function way before that, so it became a middle-ground between craft, art and product. In Tilar Mazzeo's book The Secret of Chanel No.5, the cultural researcher notes that it was in the 1950s that consumer goods advertising firms started applying the expertise of psychologists, who realised that "any product [...]must appeal to our feelings". The idea that what mattered to consumers were images, especially images of self, was exploited to good effect: Perfume by its very nature explores an idea of self and to instigate that idea into its marketing is genius because it's something that can be used both for the championing of a signature scent ("this is me at its purest form") and for the necessity of a fragrance wardrobe ("these are my different facets, I'm not that simple")! Really brilliant, isn't it? It can also consolidate brand loyalty. Don't believe me or think it's counterintuitive? Just Google Images for "fragrance wardrobe". Oodles of pics of Chanel coffrets with a predetermined selection of mini parfums of their portfolio comes up. Several other houses issue their own "collection" so as to instill a sense of finding the scents you need for different moods and needs within the same brand. 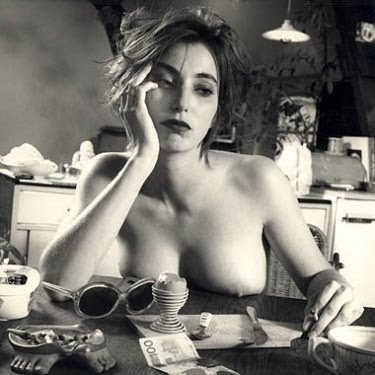 Men who are ~bless their hearts~ such a saner creature in what concerns shopping practices ~apart from cars and electronics of course, but that's another fodder for another day~ consider the concept of having to change your fragrance all the time an exercise in consumerism and a sure indication that women are victims of wallet manipulation. The Western world female of 20-40 years of age is the most ferocious consumer of them all and thus the prime target of advertisers. As displayed on Beaut.ie blog, men just don't "get it". But the women commenting provide all manner of justification! One reason might be that it's so totally fun to play with several fragrances, an epiphany that came to me when I had abandonded my idea that I should only have about twenty full bottles in rotation in case they spoil; why not bring them all out? A signature scent might be a most romantic, evocative idea, but in the end playing with a variety of fragrances allows a certain -otherwise denied- playfulness to surface, a playfulness that is sometimes a springboard of sanity in this tough world we're living in. Other people just have the collector gene in them. I know I'm one. It doesn't matter if it's paper-clips, stationery or perfume bottles of rare compositions, it brings on the completist in you.

But that is one thing and being told that we NEED to do it, otherwise the repurcussions will be unpleasant, are two very different things! I hereby proclaim my right to change my fragrance ~when and how and if I want to~ because it's fun and exciting to me and not because they tell me I have to. What about you?

Related reading on Perfume Shrine: On the flip side of the coin; the indefinable allure of a signature scent