Guerlain lately re-issues a special edition of their delicate and spring-like Muguet each year as a limited edition on the 1st of May (Traditionally the day when muguet ~lily of the valley in French~ is offered as a porte-bonheur, a good luck charm in France).
For 2011, Guerlain's Muguet will be embottled in the apothecary style flacons of re-issued Vega and Sous le Vent, but there will be handpainting on the glass as well!

ETA: You can see the new Muguet 2011 below (pic kindly provided by my reader Rappleya)
ETA2: Upon further research, Guerlain has confirmed that they have updated the design of Muguet 2011 with the one depicted second from top, favouring a sewn label versus handpainting. I admit I'm not particularly enthusiastic on it after seeing the previous design....

3/26/11 update: My faithful and wonderfully generous reader Judy informs us of the latest after seeing the Muguet 2011 with her very own eyes and I quote:
"The new release of Muguet is around 5 ounces, twice the size of the past releases [ed.note: this was amended by other witnesses, bringing the volume down]. Also it is in apothecary-style container, first shown on your site as the new-release bottle , but w/minor changes. The bottle still has the pretty muguet design on the outside. Also, the price is scary, sky-high, around $500, although Bergdorfs is having a "Beauty Week" beginning April 6th, and at that price, if the customer does a pre-sale, the sales person will hold the Muguet til May 1st for the $100 discount." 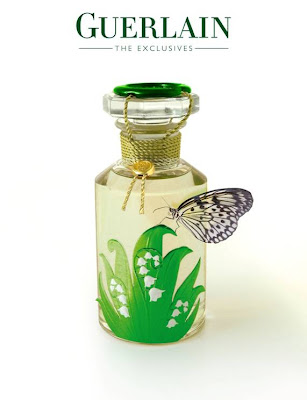 The design that was meant to be 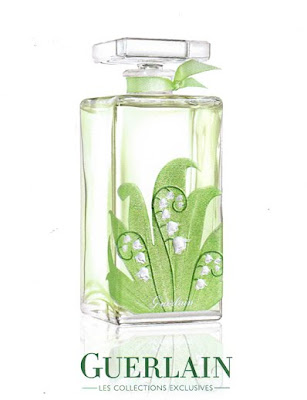 Previously Muguet circulated in the standard quadrilobe with (2009) or without the superimposed atomiser "pouf" (2007) and the flacon fleuri design brough back from 1900 for the Eau de Toilette version for 1999, while the accompanying Eau de Toilette tester of the same year was embottled in the classsic Habit de Fete gold-cutouts style flacon with Millesime 1999 embossed on it. You can find pictures of those attached below.

Previous incarnations of Guerlain Muguet include the following: 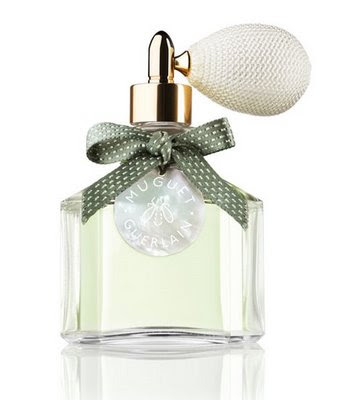 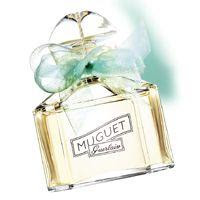 
thanks to Wim Janssens and Mr.Guerlain (Ulrik) and especially my readers Rappleya and Judy who helped disentangle this mess!
*Share with link: Monday, January 24, 2011