Continuing on our chat with Linda Pilkington of Ormonde Jayne (if you missed Part 1 you can read it here), I am again reminded of how the fragrance industry is in many ways both shaped and detached from the complaints of consumers. It's all very well when we (the blogosphere, the perfume aficionados, the forum participants, the fragrance writers among us) say that companies should pay attention to what we say because we're the ones who buy a LOT of product and we're repeat customers, but what happens in the specific and intricate interaction between manufacturer and consumer on a practical level? For this second part of our interview with the founder of niche British brand Ormonde Jayne, this was our objective. 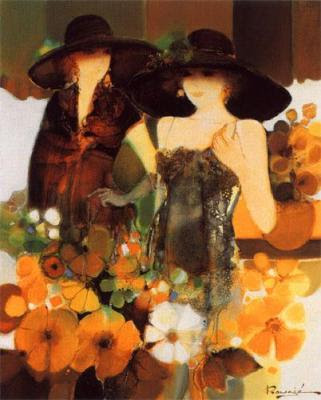 Elena Vosnaki: Linda, we talked a lot about the new service you provide in your stores, the Perfume Portraits profiling, but what happens with your "market", so to speak? I know you're a small company and was wondering if the profiling has given you more insights into the kind of customers you attract, about their statistical data which might be used in your marketing schedules further on.

Linda Pilkington: Actually this is more difficult to answer than it seems. It's true that tastes and patterns emerge during the profiling service, yet I notice big differences in the segmentation of our own market depending on where the customers come to. Let me explain: We have both our boutique at the Royal Arcade and a space at Harrod's. It's fascinating to me that the clientele that shops at those two spots is completely different.

EV: Different, in what regard?

LP: Different in that they have different shopping habits and go for different scents out of our catalogue. To give an example, Sampaquita is our lowest seller in our boutique (ranking at #12), while it's the 2nd best-selling Ormonde Jayne fragrance at Harrods! A similar phenomenon is witnessed with our masculine Isfarkand.

EV: Very interesting from a luxury business point of view! What accounts for that chasm in your opinion?

LP: Let's see...I think the clients who know us from the Royal Arcade boutique have been with us for years and we have created a bond, so they trust our guidance. The area [Ed. note: It's in Mayfair, W1] is well to do, quite old-fashioned and therefore there's a good service tradition. The customers are treated with the utmost respect, we listen and we gently guide. For instance, I would never allow my staff to say "oh but you're wrong" to a customer like it's sometimes heard at department stores. It's not the same thing as "mistaken", not at all! Some sales people elsewhere don't get it, but it's downright rude! At Harrods on the other hand, although I insist on customer service, it's a different demographic. The crowd hanging there are often tourists and less "dedicated" perfume shoppers, therefore there is a wider margin for more easily acceptable compositions.

EV: Speaking of Harrods, how was that market move conceived and planned? Let us into your market scheduling a bit. Upon first being told you'd be carried at Harrods I had a light-bulb popping in my head "hey, they're going to be at the Haute Parfumerie at the Urban Retreat!" [ed.note: That's the Roja Dove parfumery hall full of classics and niche]. But it turns out you're in the heavy-duty perfume department of Harrods instead.

LP: It's not an either or situation. It evolved through a need on the part of Harrods themselves. I love Roja Dove's perfume hall, he's got an amazing collection there, but the offer was made by Harrods because they wanted to inject a couple of niche lines into their perfume sector on the ground floor. So there we are!

EV: Fab, should make perfume shopping at Harrods all the more fun! Now how about expanding into other markets. Is there any plan for the US? Our American readers are on pins and needles about this!

LP: I can certainly sympathise. You know, 60% of our sales are from American clients. That's a huge part, taking into account we're not located anywhere in the US. I attribute it to our standards and the word-of-mouth, along with our mailing system that allows customers from all over the world to order online. Even though we have a Dubai spot, an America-soil boutique is just not in the cards. But to give you an exclusive, I'm revealing we're looking into forging some bond ~if all goes well~ with US distributors at the end of 2010 or in 2011. We'll see... 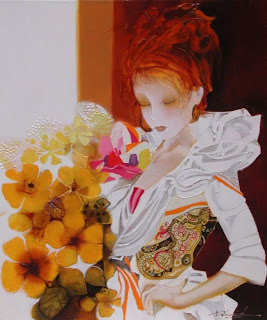 EV: So what is Ormonde Jayne planning, apart from this new sitribution, for the future? Launching a new perfume next year? Tiare has been received with enthusiasm and almost inebriated panygerics (that's from me) so you're on a roll obviously! *laughing*

LP: Oh, no, no, I don't really plan to issue any new stuff for the next couple of years! I want to focus on how to smell, how to aid people to smell better, more productively and this is what we're doing with the Perfume Portraits right now.

EV: Which brings me to another issue I had been meaning to address: Do you believe that people have the necessary means to convey their scent impressions in tangible terms? I often sense during consulting and interviewing folks for projects that they seem a bit lost for words...

LP: "Lost for words". Indeed! Some people just have a natural talent in describing perfumes. But it's also a cultivated ability and this is what we're aiming at. Because there is no specific vocabulary conceived on smell, we often borrow from other senses or from other subjects, for instance from the sense of touch (a soft or rough fragrance), from vision (shiny, dark, light), from music (the notes, the high or low pitch of the perfume, whether it's deep or not) etc. It's difficult but worth it. In that regard there has been an amazing boom after 2000 thanks to the Internet, there have also been much more talk about scent and smell in the press (particularly in the English-speaking press); it's all been very positive about our business. \

EV: Is it only positive though? I am thinking that this new medium is also opening up Aeolus's flask! Can an internet writer or forum participant cause harm too? 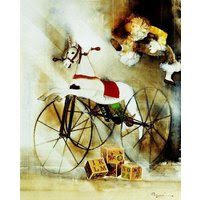 LP: Oh, definitely! In fact the Internet can become a rather scary place too sometimes. The power of the quickly transmitted word is huge, especially now that Facebook and Twitter and social services platforms have become so popular, not to mention blogging. Let me illustrate with a peripheral example: There was an episode that was reported by India Knight, the Sunday Times columnist, about a woman who went to watch a live stand-up comedy performance by a Scottish comedian [ed.note: Frankie Boyle] . A mother [Sharon Smith] watched the show where he made jokes pertaining to people with Down's Syndrome and her being a mother of one, she became increasingly uncofortable, exchanging some hushed comments with her husband. But the comedian was annoyed by the talking and he approached her and asked why they were talking during his show, upon which she blurted out it wasn't a funny matter. He joked it was the most excruciating moment of his career, but then said they had paid to come and see him, they knew his harsh style so what should they expect? The mother clarified it was her own upset and she was discussing it privately with her husband, not him. The comedian quipped it was the last tour ever and that he didn’t give a f*ck! But that's not the end of it: The woman came home and actually blogged about it, she tweeted addressing India Knight and then it was all over the news and people were talking about it for days! It was scary in a way, how it spread so fast, all off a comment off the stage!
So, to revert to our fragrance world, companies are scared of the uncensored word online, of bloggers especially because they're so quick and opinionated and thus they're trying to exert or gain some sort of control back again.

EV: Upset because of what is being written: We'd come to that, wouldn't we. I'm grabbing the chance to correlate it to something that's being bothering me. There is a lot of talk about how IFRA and regulatory bodies are acting for the protection of the consumer, but in fact it's more out of fear of endless litigation resulting in time and money-costing law suits. Another restraining of one's free choice & free speech in the name of something else.

LP: There are LOTS of law suits apparently of people accusing products of causing allergies, triggering asthma attacks etc. I think there isn't much sense in regulating essences such as lime unless there is some fear of the law suits. Big companies have actually more to lose, as these law suits go on for years.

EV: Right! And I'm asking you, even though I shouldn't perhaps, out of tact, but since there is this scare going on and all major companies are reformulating right and left, how do you react to this? Have you had anything reformulated? Are you discontinuing something because of the new regulations? Or low sales, even?

LP: No, we haven't reformulated anything. I never will. Nor discontinue any in our fragrance rotation. We have 12 fragrances now and I absolutely love each and every one of them. I don't want to make any changes!

EV: So what happens if someone comes and asks about risk of allergies etc?

LP: I say "If you think madame that it might be give you any risk of an allergic reaction, it would be best if you didn't buy this perfume". We talk over some of the ingredients (if the customer knows about any specific trigger or if we think there might be some) and I say "just don't buy it". In the end, I don't give a f*ck if they buy or not, as long as we're stand our ground and do not mislead. *laughing*

EV: I'm sure there are lots of perfume enthusiasts who appreciate your stance a lot! Linda, it's been an utter pleasure talking to you once again and I thank you on behalf of myself and the readers of the Perfume Shrine.

LP: Thanks a lot as well, Elena.