It is difficult to speak of that which cannot be detained within the cage of words. The ether-like essence of certain beings escapes elucidation, their legerdemain lies into something almost divine in origin. One can only feel it in one's bones, like grim silhouettes walking over one's grave. 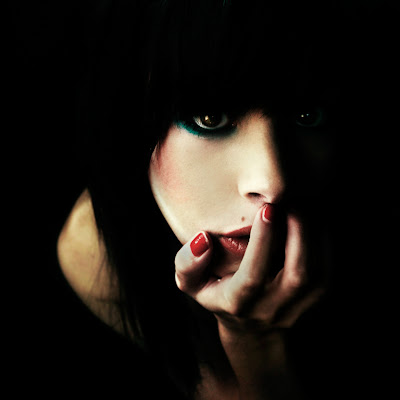 Perfumes only rarely reproduce that otherworldy effect, a hubrid of aberrant chill and aching beauty: There is Messe de Minuit by Etro (more of which later) and there is Tubéreuse Criminelle by Serge Lutens. Two otherwordly vampires of piercing eyes which draw blood inveigling us into submitting willingly to their almost sacral fangs. The olfactory embodiment of Maleficent from Sleeping Beauty, there is a thread between Eros and Thanatos in the dangerous alliance which this fragrance proposes, spun in purple and acid-green phosphorus.

Tubéreuse Criminelle (Criminal Tuberose), issued in 1999 by Serge Lutens Les Salons de Palais Royal (under the aegis of Shiseido) is truly felonious in that it makes one yearn for the sting it produces through its most unwarranted beginning: its acetophenon top notes arrest the senses with the disinfectant emissions of long-forgotten attic chests. Yet the effect is nothing short of extremely calculated and ingenious, like a Surrealist painting seen from an angle or the pleasure that comes from drawing a long inhale of a Kool menthol-aromatized cigarette. The sharp and kinky wintergreen/eucalyptus-mint aroma of Tubéreuse Criminelle (usually this is due to methyl salicylate) replicates the menthol blast that the natural blossoms of this devious plant emit when freshly-picked; a technique also employed with a lighter touch in Carnal Flower chez Frédéric Malle. It was exacerbated by Lutens, willing to generously give the fragrance the bend it seemed to take during its creation. Nature in its infinite wisdom has invested the rubbery, bloodlike essence of tuberose with a nose-tingling green glow which balances the intoxicating effect; it was the latter which was accused of producing spontaneous orgasms and thus young maidens in the Victorian era were forbidden from smelling the trumpety little blossoms! Perhaps fittingly Lutens took a popular sensual game of "fire and ice" into investing the composition with aspects of chill and warmth interjecting one another, making Tubéreuse Criminelle panseasonal. 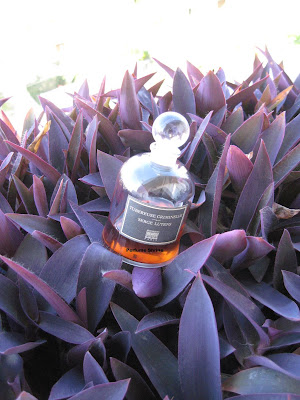 Although Christopher Sheldrake, the perfumer working alongside maestro Serge Lutens, has taken the floral path as the itenerary for his composition, the finished effect reminds me of the subtler bouquet of a Riesling wine with its goût petrol more than a vase of flowers; its effarvescent effect augmenting when the first taste has dissipated from the palate. After the initial phase soft indefiniable flowers emerge, not with the piercingly sweet nature of floral fragrances, but with the creaminess of some white blooms, buttery and silky, lightly reminiscent of kid's glue, folded in a polished musky-sweet base with the merest fruity tonalities; a sensual, whispered drydown that is most unexpected after the initial blast and effortlessly androgynous in character. Like Marlen Dietrich’s name according to Jean Cocteau, but in reverse, Tubéreuse Criminelle starts with a whip stroke, ends with a caress. For sadomasochists and people appreciative of The Agony and The Ecstasy. A masterpiece!!

A small decant from my botle will be given to a lucky reader!