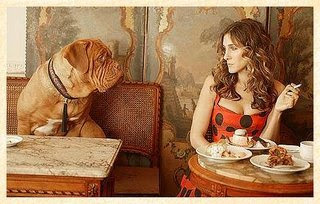 Like probably half the female population of the affluent West with about 40 minutes to kill on a winter's week evening ~nails filed at advertising breaks~ I used to watch the comedic escapades of four women on the verge of breakdown (which rarely resulted in stylistic mishaps) as they struted their proud frames along the avenues of Manhattan in Sex & the City.
In the last season's finale Carrie, the marginally emancipated singleton with a shoe fixation, abandonds her beloved New York for Paris to follow her Russian "lovah" who happens to be an artist. Eager to explore the mystique of Paris she dreams of drinking dark-roasts and smoking Gitanes where Sartre smoked, read under the trees in Boulevard Saint-Germain and live the life of a woman in love in the city of romanticism. In view of all that, she mysteriously doesn't go after perfumes (what??) or Lucien Pellat Finet but rather chooses to slip and fall on her face in the Dior boutique instead, which begs the question: do the French wax their marbles to a slippery shine? Ruining her shoes stepping into poo and having a young kid stick her tongue out at her are the reality checks of the god of small things. Suffice to say Paris doesn't really prove like she hoped it would be and in a Dorothy-out-of-Oz conclusion she retraces her path back to Mr.Big who "rescues" her and to the Big Apple.

Guerlain is like the emblematic Paris in the mind of a fragrance fanatic: if it's not good there, it can't be good anywhere. Or so we're led to think. And what do they do about that, you ask? Lately they often present us with the glowing facade of shinning marble to let us fall flat on our face on the disillusionment of shattered expectations with no poo note in there to soften the blow.

Their new trio Elixirs Charnels (Carnal Elixirs) in marshmallow shades have appeared on the horizon of exclusive ~aka expensive~ launches that have otherwise sane people salivating with the anticipation of exquisite rare pearls of non pareil spherical shape to realise that for all their pretty veneer they hide a somewhat lackluster core, chipped by nails that will handle them repeatedly. The idea of perfumer Christine Nagel and artistic director Sylvaine Delacourte of women choosing roles according to moods helps intrigue the consumer, subliminally hinting that they might serve variable purposes; which is exactly the good ole' concept of a "fragrance wardrobe". Nevertheless, although they pose as contrasting personae (the playful woman-child, the icy femme fatale of a Hitchcokian thriller or the hyper-hormoned bombshell that bursts at the seams) they more or less offer a similarly tame exposition of feminine pleasantry. Well-made technically and very approachable, they part ways with Guerlain's older classics being resolutely modern and instantly appealing. Are they sexy? Let's not forget Chris Sheldrake's quote: "In our industry, 'bedroom smell' means the sensuality of jasmine, a powdery, musky soft entity - something that makes the wearer comfortable - and with a comfortable smell that pleases. It means not too violet or too rose or too animalic or too mossy." Let's repeat: not too violet or too rose or...etc. 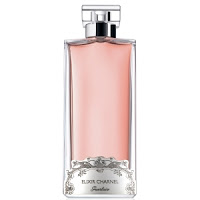 Gourmand Coquin reprises the caramellic tonalities of Spiritueuse Double Vanille with less depth, possibly with a burnt cotton-candy note more than anything else bringing it close to Aquolina's Pink Sugar and L'artisan's Vanilia. Sweet is as sweet does and I predict this fluffy confectionary pastry that has no bitterness of Valhrona chunks, but only milky lappings of ganache (but less than Iris Ganache) will become very popular. 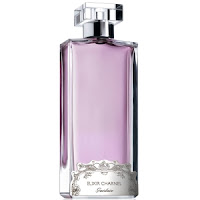 Chypre Fatal is poised in the venerable cloak of chypre bearing the burden of fatality when the most it could do would be to slap you with the peeled skin of a peach. Not exactly in the mould of modern chypres à la Narciso Rodriguez (which Nagel co-authored) ~those are rather woodies with sanitized patcouli notes~ but not a classic chypre either, Chypre Fatal takes fruitiness into the realm of a clean, if unexciting, musky scent that can be effortlessly worn by even the most meak. This kitten purrs rather than hisses. 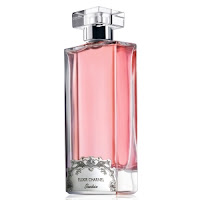 Oriental Brûlant is the one closer to the orientalia tradition of Guerlain, if only because it contains that ambery powdery Woofer surround that is the trademark of a recognisably erotic fragrance, in which the French house has excelled for so long. It also manages to smell at once comforting and confident with its hazy almondy tonalities and a silken thread of cool that ties it to Ambra del Nepal by I Profumi di Firenze and Ambre Fétiche by Goutal, as well as the attractive interplay between cool and warm facets of Sonia Rykiel Women- not for men! Oriental Brûlant might not be terribly innovative, but it's quite fetching! Try to forget the advertising scenario and picture it as a personal amulet on days of torpor.

Ultimately, Guerlain's Carnal Elixirs, much like that season finale showed, prove that not everything is as you expect it. And in the end, that's "Abso-fuckin'-lutely" OK.