Why do Fragrances Smell the Same? 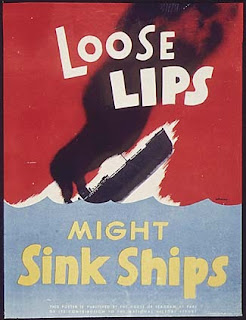 Why do fragrances smell the same? This is a question that many people ask themselves when they're sampling fragrances spanning the spectrum from mainstream to selective distribution to niche to drugstore and of course knock-offs. Because professionals "shoot" the juice! This is industry-speak for analysing the formula (the "recipe" so to speak) of any bestseller or indeed any new perfume on the market using a gas chromatograph. The gas chromatogaph is a machine that separates the individual molecules that make up a fragrance, puts them on a sort of conveyor belt and then identifies them one by one. In tandem with a mass spectrometer they analyse what goes into a given fragrance which then allows technicians to replicate any formula, rendering it common knowledge and no longer secret.

But why are formulae secret in the first place, if it is so simple to break them down like a secret WWII code broken by the Enigma? The answer is two-fold.

First, because the perfumery world works in conservative, traditional mores, some would almost say obsolete: it was the custom of the medieval societies and guilds such as the gantiers et perfumers (those are the precursors of formal perfumers as they were scenting the leather gloves of the aristocracy to get rid of the smell of raw hide and then progressed into producing seperate fragrances for the body). They kept the formulae secret because in an age of low technological advancement it meant that their clients would have to get back to them to have their perfume replenished when they ran out, ensuring them a prosperous business.
Secondly, because in an equally anachronistic twist no one has contracts to protect themselves. It's true that the big brands, for example Gucci, Yves Saint Laurent or Givenchy, do not have possession of their own formulae for their perfumes. Those form intellectual property of the big aromachemical companies which produce the actual juice for them, such as IFF or Givaudan or Symrise etc.
But here's the catch: those perfume-making companies do not have a specific contract with the customer companies who own those brands (for instance LVMH who owns Givenchy). Therefore said company could very well take the "shot" juice to another perfume-making company and ask them to do a miniscule twist (say change a 0.1% of the formula, which will mean that the consumer will never understand the difference in smelling the finished product) and go on producing it more cheaply and make more money in the process! Should the first company ever take them to court ~which they never in a million years do because it would mean that they would lose all subsequent briefs from that gigantic customer~ they would de iuro lose the case, because of that little twist. Technically it just wouldn't be exactly the same. And legalese is very bent on the "technically" part.

Therefore the formulae theoretically are secret but in practice they circulate behind backs (no one admits it openly!) and get copied almost instantly: within days of actual release.
Of course in business terms, unless we are talking about knock-offs which by definition aim to be photocopies of the original, there wouldn't be much point in making something exactly the same as something else on the market. You could of course, in light of the above, but why would you? It would be even better to give a twist in the top-notes so as to fool the consumer into thinking they're buying something else, when in fact the core of the formula is the same. Repackage, rename, relaunch with a different image and you got yourself a hit. If not as big as the original one, then at least a very lucrative one that basks in the glow of the success of the first one.

Is there no way to get out of this mess, you'd be asking yourselves by now. It has been intimated to me that certain smart perfumers, of who I am in no liberty to reveal their names, have devised little tricks to fool the gas chromatograph by including red herrings. Those in essence are minute amounts of materials that do not actually contribute to the formula's olfactory result but act as decoys. And in order to accomplish that, those materials are naturals; because naturals contain hundreds of molecules instead of the single molecule or in any case much simpler contruction of aromachemicals. Yet, what one man constructs, another finds a way to break down. Lab technicians understand that the quantities are exceedingly small and although it slows them down, in the end with a little creative twinkering they still manage to come up with a quite plausible copy.

And this dear readers is why your new fragrance is smelling so much like the one you had in your cupboard all along and why the market is saturated with endless versions of the same recipes over and over again to the point of fatigue. In a high-tech market that worships sameness for the sake of familiarity, since psychology teaches us that the familiar creates a sense a security and comfort resulting in the desired sales, there is sadly no light at the end of the tunnel.