The Cult of the Celebrity Scent: perfume history

We have been led to think that celebrity perfumes, that is perfumes issued under the name of a well-known fodder-for-the-tabloids real person, were a recent phenomenon, established by Coty with Jennifer Lopez's trend-setting Glow in 2002. Which led to the current avalanche of so many derivatives, versions and interpretations that every possible Z-list actress, sportsman, media-celebritoid-du-nanosecond (Jane Goody) or indeed writer (Danielle Steel) has one issued under their belts. However, today I am proposing that it is actually not so!

Yes, Perfume Shrine is proud to propose that the celebrity scent is not a phenomenon of the too recent past after all! Although famous people had been used to promote scent since the concept of perfume as the aspirational ticket to a more glamorous life, with most notable example the classic stint of Catherine Deneuve for Chanel No.5, there was a very distinct phase during the 80s in which famous people agreed to licence fragrances bearing their own name and into the early 90s. I came across a very interesting article from the New York Times, as far back as 1989, which talks about several of them in relation to male celebrities selling perfume to women and it has striken me as astonishing that they describe the process of celebrity-named perfume not as revolutionary, but as "evolutionary" (their words). That's back in 1989!!
I especially liked how they ended the piece:

''The name and the personality can sell the fragrance the first time,'' Mr. Shore said. ''But it's up to the scent to sell the next bottle.''

The most impressive aspect of them all is that several of those celebrities from all walks of fame did not only issue one fragrance under their own name, but as is the case with Delon, Pavarotti, Liz Taylor and others, they embarked on a whole series of them in the following years (which of course shows something about the initial reception).
Of course the main difference with today might be that all those people had a definitive body of work behind them to back up their fame...which is arguably not the case with today's celebrities ("Posh" Beckham, anyone?)

This post is far from being the definitive resource on the issue, nor does it intend to; yet some of those ads and bottles, characteristic of that era, have been chosen for your enjoyement.
Some of these fragrances, notably most of those issued under French actors' names, were quite good and they all became collector's items after discontinuation. Which is not as uniformal as one might think: some are still in production!

French actors have shown a special interest in perfumery, perhaps through osmosis, usually to very good results ~like in the line of perfumes under Alain Delon's name. 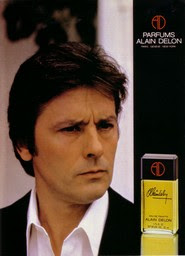 In some cases, the results have been fabulous and legendary indeed, as in the case of Deneuve, the eponymous long since discontinued scent by Catherine Deneuve circulating under an Avon licence in the 1980s.

Other French actors have also dabbed their hands with the magic of perfume. Jean Louis Trintignant for instance, who will be indelibly remembered by romantic souls for his role in Un Homme and Une Femme from 1966. 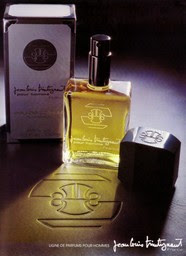 Italians couldn't have been left out...Sophia Loren was the first to strike a deal with Coty as a matter of fact. 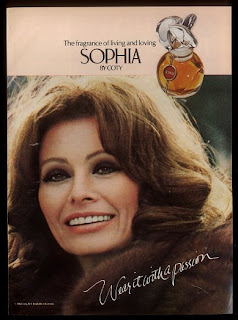 As well as those of a more exotic lineage...may I present you the feminine oriental by Egyptian hearthrob Omar Shariff, whose deep, mysterious eyes have promised so much in Dr.Zhivago, Lawrence of Arabia and ~my personal favourite A-list actor fest from the 60s~ The Night of the Generals. 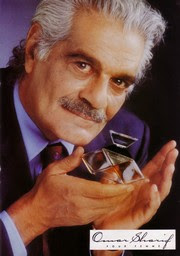 American cinema idols couldn't leave this promising field out of their business aspirations.
Liz Taylor had a go with what proved to be an enduring bestseller: White Diamonds. 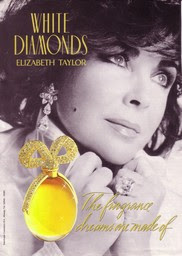 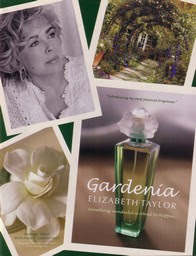 Others created more inspirational fragrances, with a shorter shelf-life however. Uninhibited by Cher is discontinued, but available through online discounters. 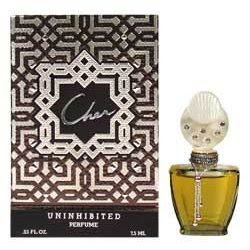 Some of the actresses have had a long stint at another brand that produces perfume, yet decided to also launch their own upon completion of their contract. Isabella Rosellini couldn't have had a better initial launch of a fragrance after her name: Manifesto is an unusual feminine laced with basil and tonic herbs redolent of an open window to the view of the island of Stromboli, where her parents met. 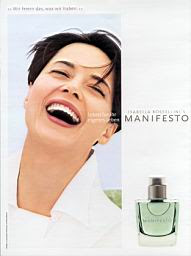 Others yet were just incredibly famous models. Ines de la Fressange was quite a myth during her Lagerfeld collaboration for Chanel. She still is a most impressive human specimen and a very pleasing, kind personality to get to know. Her fragrance is also quite good. 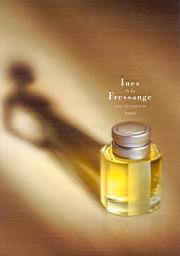 Having a huge fortune came with many business ideas. One of them was perfume: Gloria Vanderbilt. 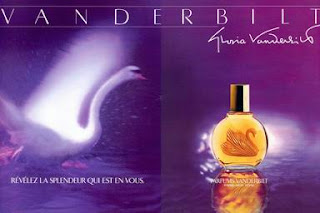 The art world of course has its own accolytes. From the sculptor Niki de Saint Phalle and her eponymous mighty chype with the mating serpents... 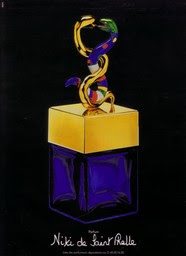 ...to the much more commercialised Marilyn by Andy Warhol project. Clever concept exploiting two celebrities in one fragrance, or is it? 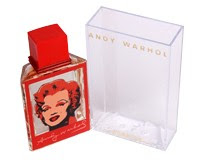 The music world is diverse.
The late opera superstar Lucianno Pavarotti has had at least 2 fragrances in his name, a masculine and a feminine one. Very good too, actually! 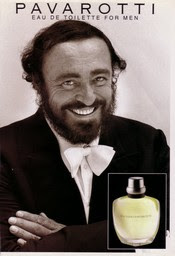 The mega-super-giga star who has fallen, Michael Jackson had one issued when he was a little...darker. The packaging however is resolutely white: was he trying to tell us something even then? 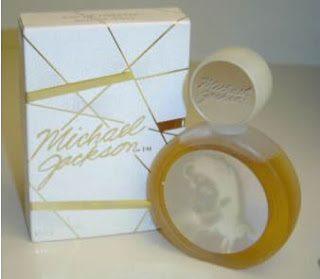 French pop stars also had to get involved in this: et voilà Johnny Halliday. From the looks of it, a whole line of fragrances in fact. 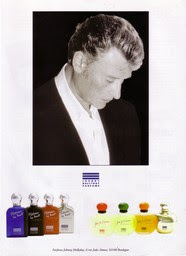 Who would have thought that even The King had one bearing his name? Yes, there is an Elvis cologne out. 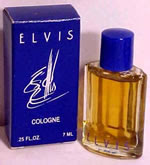 Some people are famous by association: Elvi's wife is perennially pretty (minus a surgery or too) and had a series of fragrances out, the nicest advertisement of which is the one for Moments. 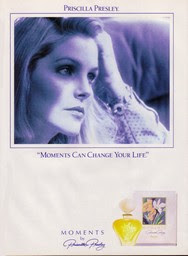 Classical ballet seemed like a very disciplined world to be associated with frivolous commodities like perfumel, especially as its most brilliant stars in the galaxy hail from the former Soviet Union, which let's face it, wasn't exactly the most inviting market for perfume or luxury goods....
Pavlova is named after the famous prima ballerina. 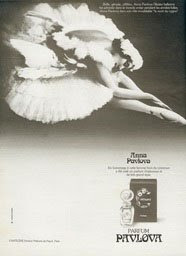 Baryshnikov defected and reaped the benefits of a full westernised existence, eponymous fragrance included. He also had one after his nickname, Misha. Kewl... 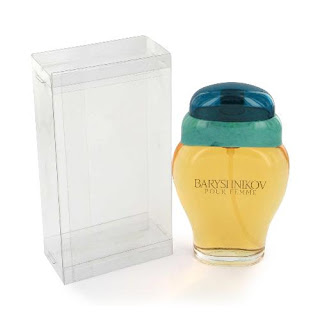 Last but not least, even tennis stars deserve their own: Gabriellas Sabatini is a household name in Latin American, not less so because of her perfumes still circulating, such as Magnetic. 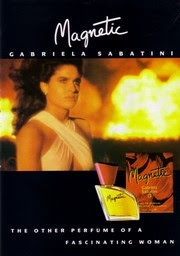 Do you recall of more? Let us know in the comments.