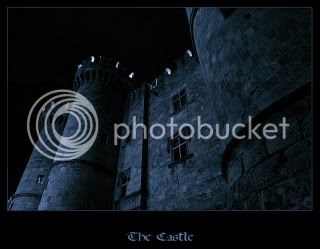 This day is marked by solemn observations in memory of Jesus' crucifixion. Christians believe that Jesus thus accomplished reconciliation between God and man. Accordingly the crucified image of Jesus or, even the cross itself, came to be regarded as the main symbol of faith for Christians.
Roman Catholics as well as Orthodoxs observe the day through fast and abstinence to commemorate the pains and sufferings Jesus underwent on the cross so it is a day of mourning. The communion of the Eucharist is suspended.

Good Friday first came to be observed as a separate occasion in early 4th century. Before this, an annual celebration was held as Christian Passover, or, Pascha (deriving from the Hebrew Pesach), to mark both Christ's death on Cross and the Resurrection.
Our Lord is crucified. In the iconography of the crucifixion there is a number of people that are often depicted together: three women together with the Theotokos (=mother of god) ~Saint Mary Magdalene, Mary the mother of James and Joses, and the mother of Zebedee's children (Matthew 27:56)
Saint John the Beloved Disciple is usually placed right of the cross. While Saint Longinus the Centurion, the Roman centurion mentioned in Saint Mark's Gospel account of the Crucifixion (Mark 15:39) can also be present. There is an inscription on the top bar of the Cross that reads I.N.B.I., the initials of the Greek words meaning "Jesus of Nazareth, King of the Jews." While at the foot of the Cross, we can see often a skull because Golgotha, the Mount of the Crucifixion, means 'the place of the skull." Tradition relates that the Cross of Christ stood directly above the grave of Adam.

In orthodox tradition evening service concerns the recounting of the 12 Gospel lessons. The first one, from the Gospel of John (13.21-18), relates the account of the Lord’s discourse with the disciples at the Last Supper. The next ten Gospel readings deal with accounts of the Lord’s sufferings as told by the apostles. The last one gives an account of the Lord’s burial and the sealing of the Tomb. The response after each gospel reading is a variation of the usual one: "Glory to Your forbearance, Lord, Glory to You."
On the morning of the day each church makes its own epitaph bed for the dead Jesus: a cradle of icons and fresh spring flowers that young women have gathered and put on it: in cities and towns these are roses, lilies and freesias. In country churches it is usually lilacs and violets. People come in the church during the morning to pay their respects and the atmosphere is heavy with the heady blooms, head spinning from the incense burning and the flowers exuding their last breaths on the death bed.
In cities the epitaph exits the church on an evening parade to be joined with other epitaph beds from other parishes on a common meeting point, where people gather holding dark yellow beeswax candles as the only source of light, awaiting. The procession comes holding the holy symbols first, the epitaph bed next full of flowers that are sprinkled on the congregation and the mayor’s band last playing solemn funeral marches as people sing the ancient lament “ Oh, my sweet spring”; supposedly the lament of the Virgin Mary for her son on the cross, one of the most beautiful of greek orthodox hymnography, recalling the death of nature and its subsequent resurgence upon spring's awakening.

"Oh my sweet spring, my most sweet child,
where did your beauty set?"
You can listen to it or clicking here. or directly here:

In Salonica the town’s band customarily plays Funeral March by Chopin before that.

It is also usual in country churches to go through an elaborate and mystical procession before reading the twelfth gospel lesson at the evening service. The experience is really hair raising and deeply moving, even if one is not religious. The procession of the holy symbols, the cross and the icons carried on long poles, followed by the epitaph bed, by young people dressed in black exits the church and the great gates are firmly closed. They remain outside until the reading of the twelfth gospel lesson, upon which they knock on the gate representing Jesus knocking on the gates of Death, three times. On each knock a blessing is heard from the priest inside who denies however entrance. Utter silence in the congregation, who is watching solemnly in the cold evening spring air. As the last uttering from the priest inside is heard, the head of the procession opens the gate entering saying in a high voice “Open for the king of life”.

It is also interesting to note one particular custom on the island of Santorini (and other islands on the Aegean): as the up most parts of the isles had fortified villages, “castra”,for fear of pirates pillaging through the land in medieval times, (just like in Pyrgos on said island), those have narrow pathways of winding roads that have only one exit and entrance. On the corners of the streets, up on the barricades, great lanterns and bonfires are lit while every other light is turned off so that the whole village seems to have sprung up from Polanski’s The Ninth Gate. The sight is bewitching and breathtaking…

For such a powerfully symbolic day I chose sad, mournful incense fragrances with a deep floral background to them to reminiscence of all those associations I have with the day.

Avignon by Comme des Garcons: What could be more appropriate, more solemn, more sad and elating at the same time than this completely realistic catholic/orthodox incense smell? Named after the French city in which there was a second Pope instituted after an inside dispute in the Catholic Church in the middle-ages, it evokes phantasms of such a dark time. Full of the aroma of pure frankincense it is redolent of childhood memories of smoke rising from the censers, priests dressed in all black, Byzantine churches hidden under the barricades of an old city-fort and the far away smell of flowers in the night air. Beautifully contemplating, deeply moving, heady in its thickness. It is rather difficult to wear as a personal scent, because of its pungency and potency, at least the ordinary way (spritz, spritz, woosh…) but it can be dabbed a little on hands to make one fit the mood of such a day or sprayed lightly in the room to bring a glimpse of High Mass with them. It represents the pic I chose like nothing else can.

Incensi by Lorenzo Villoresi: A rich and pungent incense scent that is very churchy in a delightful way, laced with sweet and dry notes throughout. Church pews and freshly waxed floors, golden chandeliers and low light reflections on the somber faces on the icons, this is an Italian incense to be sure and it shows. The opening is rather dry with a touch of bergamot and probably elemi, coming to the fore, while the unfolding upon drying down on the skin is full of drama and with a discernible touch of spice in the form of beloved cinnamon and ginger with powdery accents, Incensi floats in the night air like the spell of another world, luring us into a world of mysticism and apocryphal meanings. Although this one has no apparent floral notes, its character reminds me of church processions and the mournful music they’re accompanied with, hence I include it.
The gorgeous blue bottle it comes in is like the window pane of a cathedral, all shine and mystery. Very long lasting, so it is a good investment despite the high price.

Or et Noir by Caron: The predecessor of modern Parfum Sacrι, Or et Noir is a classic Caron that makes no compromises on the challenging accords of must and powder in its rendition of the rose. Opening on a strong note of geranium this is garlanded with intense oily rose, some lilac, spicy carnation and a whisper of incense to render the whole quite close to an epitaph procession, young girls raining tear soaked petals upon the bystanders who whisper blessings along the way.
The name might be a little far-fetched as it is neither gold (Or) nor dark (noir) really compared to other incense fragrances, however its contemplative nature and deep character are very pronounced.
Chanel #22 is also a floral with a hint of incense in the background, but where that one is a light and airy, cheerful, lovely composition, this one is sacred and deep with a much more mature character.
Available only in parfum concentration in the Caron urns (those Baccarat crystal samovars that contain the precious essences) at the boutiques, it is hard to find and maybe challenging to wear for most, however no Good Friday procession would be complete without it.

Pyrocaustic incense for bonfires for our next instalment.
Pic is from the Knights Templar castle that surrounds the medieval city in Rhodes, Greece.