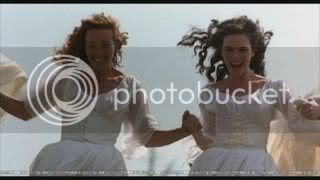 The new perfume line of Chanel was trumpeted all around the Netsphere with bated breath anticipation, reveries of upcoming delights and awe-stricken reception when the bottles finally landed in the boutiques. It was Chanel, they were super exclusive, it was le dernier cri! They were touted to be the new direction in perfumery and the 6 bottles you had to make room for on your dresser, per one critic, to the eclipse of all others.
Almost a fortnight later I think we are in a position to evaluate things with a clearer head and give what’s due without histrionics of teen fan excitement.

Chanel has a rich olfactory tradition to keep. Mainly because she revolutionized modern perfumery with her innovative Chanel #5 and the subsequent masterpieces of Ernest Beaux, like Bois des Iles, #22, Cuir de Russie and the older version of Gardenia. (I am saying older because the thin, pale, jasmine-rich specter of today does not fulfill the above given title). The luminous star lighting an enchanted forest that was to become Chanel #19 was to be launched years later, in 1970, created by Henri Robert. The Chanel brand languished after Coco’s death in 1971, for years remaining the doyen of the “old ladies” who dressed conservatively (how ironic given it was Coco who revolutionized women’s wear at the beginning of the century!). And yet it was an inescapable reality for years. It took the daring of Karl Lagerfeld to re-enter Chanel into young people’s consciousness with biker jackets decorated with camellias, torn skirt hems and tall boots with the characteristic two-tone instep. The brand witnessed a resurgence. At about that time Jacques Polge was hired as head perfumer, one of the few that remained in that position when houses stopped this time-honoured practice and were issuing briefs to big perfume companies who concocted various brews according to market research and evolving trends all through the 80s and 90s. Chanel instead produced Coco, Egoiste, Allure and oversaw the introduction of an eau de parfum concentration for Cristalle that utilized a different formula, giving it a more sophisticated chyprish feel.
And then something happened: as if Polge’s creativity unwound and he started producing crowd pleasers that would fit in with the trends: Coco Mademoiselle (surely inspired by the staggering success of the gourmands and the emerging vogue for patchouli), Chance (a lighter and fresher Coco Mlle), Allure Sensuelle (is it me or is this the least innovative of all of Chanel’s offerings?). Those all worked well, sold lots (no mean feat, granted) and everyone should feel happy, right?

However this is not how minds worked at Chanel evidently. Perfume is a highly snob business it seems, because as perfume has become a commodity to be shared by the masses (what was once the unwashed masses of dirty boulevards is now the average clean consumer who buys a gift for oneself or a loved one at a department store) the allure of the exclusive, the luxurious and the rare had escaped Chanel. Sure, there were the elusive Exclusive Rue Cambon scents, a collection of classics that was re-issued in the 90s for the delectation of perfume aficionados available at Chanel boutiques. All the same, the exclusivity was not 100% there, because that devil of an Internet, that Gloss.com site had secured rights to sell the Rue Cambon collection to the public on-line. Everyone in the US, from the stay at home wife in Minnesota to the career lady in a demanding job at Rhodes Island could secure a bottle of exclusivity cachet in the form of a bottle of Bois des Iles or Cuir de Russie. So that cachet was not really what it seemed to be. Anyone in the know and with a little amount of money could partake of it. That was simply unacceptable by the clientele of Chanel couture who probably wanted their own elite fragrances to go with their expensive gowns (let’s not forget that Chanel is a house that charges for giving you extra buttons for your missing ones in your clothes!) Or so I am guessing. 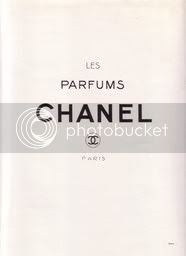 Hence the new line of Les Exclusifs was conceived: Bel Respiro, Coromandel, No 18, 28 La Pausa, Eau de Cologne and 31 Rue Cambon. All inspired by places and objects that were tied to Coco Chanel herself.
And sticking to the idea that it had to be something niche and ultra-luxurious it transpired that they should perhaps mimic the concept of other lines and houses which imbued their foot into the great pool of the niche perfumery: Hermessences with their very successful Jean Claude Ellena signature minimalist style, Armani Prive with their austere architectural bottles, Dior Collection with their unique aromas. Guerlain of course was a different proposition as they are a perfume house to begin with and they had inaugurated a boutique full of exclusives in Paris.
Chanel was the only great house that had not tried that field. It seemed like high time.

And henceforth Polge got into the act. It had been published that Chris Sheldrake, the Australian genius working under the maestro baguette of Serge Lutens at Palais Royal Shiseido was under contract to work for Chanel. However, it was to be as deputy perfumer while Polge remained head nose. Eyebrows were raised, questioning gazes were exchanged into the netsphere and the thing soon subsided. There is simply no official confirmation if Sheldrake worked on the new Exclusifs. We’ll leave it at that till further notice.

Anyhow, the 6 new fragrances were issued as gigantic 200ml bottles of eau de toilette concentration at a staggering price of 180 euros. I know that ml for ml the price isn’t steep (it would be 45 euros for 50ml to give you an idea) In fact doing the comparative math we deduce that it is quite economical compared with the Hermessences for example. However the fact that they have not talked about smaller bottles being available makes them a little pretentious and destined to be used as decadent splashes. Which their concentration and lack of sillage call for.
This is weird coming from a brand that caters to bourgeois tastes: people shopping for perfume in this prerogative want everyone to be conscious of their luxurious choice of fragrance leaving a trail behind and it is exactly that that’s hard to do with the new Exclusifs. The abundance of juice hints at a desire to abandon restraint and just spray away, a concept that somehow brings to my mind nuances of snobbism, in a world where there are people who are starving. The Eau de Cologne, one of the 6, even comes in a dinosaur size of 400ml! I cannot imagine the hands that are supposed to yield such a ginormous vehicle of scented consumerism.

The style and character of the scents themselves is like academic mannerism in my mind, because they do echo nuances of other Chanel creations: the incense of no.22 and the patchouli of Allure Sensuelle crop up in the tempered oriental of Coromandel, the iris and verdancy of Chanel #19 in 28 La Pausa and Bel Respiro, the tartness and citrus twist of Cristalle in Eau de Cologne and so on. I don’t know if this was intentional or a case of unconscious association (perfumery is such a pretentious field that it wouldn’t surprise me if they claimed that); as it is, it begs the question: why buy something new when the old is perfectly all right and vastly superior at that?
The new oakmoss-free chypre in 31 Rue Cambon may be trying to revolutionize the industry with the iris-pepper accord that supposedly mimics the traditional sophistication of a chypre perfume, yet it evolves as a light floriental on skin, certainly not the sophisticated bombastic effect of what we are accustomed to view as chypre. Perhaps my ominous, foreboding feeling that perfumery will never be the same after all those restrictions is not so pessimistic after all. It would pain me to really believe it, yet 31 Rue Cambon does not do much to alleviate the feeling, lovely as it trully is to sniff.
For fragrances that had been touted as the new direction in perfumery they distinctly lack a compass into the unknown and seem to tread well known waters with simple, unfinished accords that try to appear modern yet do not do so with firm conviction. Something tells me that Polge who is a self-professed oriental lover does not feel comfortable composing sparse oeuvres of a John Cage nature. He would be more in tune in doing a Prokofiev. And yet, someone somehow has managed to elicit those reactions in the lab, producing 6 new scents at a time frame that used to be adequate for only one or two great ones.

I will come back with more analytical reviews on each one of them; however I needed to be harsh this time. They can afford it, I gather….

Top pic from the film "Much ado about nothing" by Kenneth Branagh. Middle pic from imagesdesparfums
*Share with link: Thursday, February 01, 2007