It's easy to get immersed in the White Bear Problem while reading Clinique's laconic message for their newer fragrance Aromatics in White.

What does your mind "read"? Pretty intense, right?

As Dostoevsky wrote in 1863, "Try to pose for yourself this task: not to think of a polar bear, and you will see that the cursed thing will come to mind every minute." 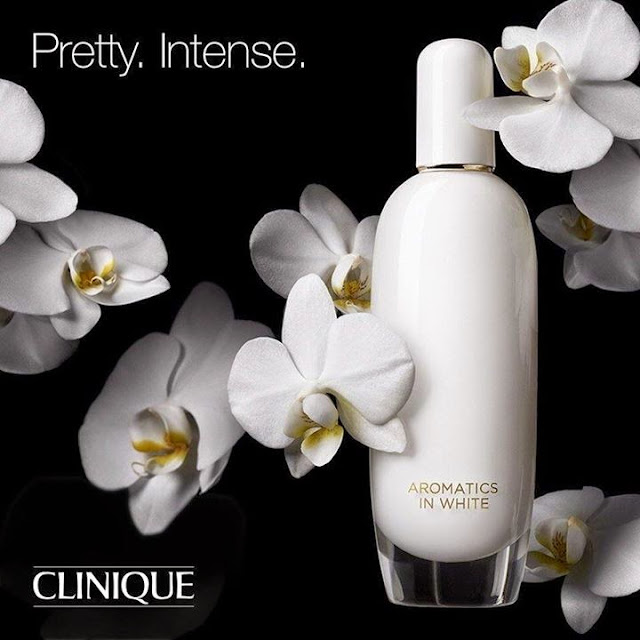 In a way Aromatics in White is both things; both at once, but not one stressing itself upon the other.
It's a quite decent and very contemporary modernization of what has been the Great Dragon of the Clinique stable of thoroughbreds, Aromatics Elixir. The company is of course owned by the Lauder Group and the same IFF perfumers, like the legendary Bernand Chant have worked for both outfits ~the archetype is his handiwork, as is Aramis for men -another Lauder offshoot-, Lauder's own Azuree perfume and Alliage.


The classic Aromatics Elixir, is the scent that half of Athens, Greece, smells of. (The other half smells of car exhaust, lush jasmine vines, roasted coffee and charcoal smoke from diners. It'd make a pretty intense and pretty great perfume; indie perfumers take note!) Its commercial success is uncanny, for decades on end; it can't be just a generational thing, but something much more ingrained in the country and its cultural "chypre" heritage. After all history is a hard subject to shoot down...

Hardcore chypres are nothing if not head-strong, and thus the original is much derided, polarizing its audience; from mad love to "old lady" slurs of disgust, "a dream to some, a nightmare to others!".
The need for what I call "chypres nouveaux" was therefore latent all through the 2000s and the smashing success of Narciso Rodriguez for Her recalibrated what we consider a "modern chypre fragrance". (It's basically a floral woody musky and if you have guessed by now that Aromatics in White is one, you'd be more or less correct).

Consequently the senior Aromatics, with its dynamite rose-n'-patchouli core, had already been lightened with Aromatics Elixir Sheer Velvet Philtre Sensuel (try saying that quickly three times) from 2006 and Aromatics Elixir Perfumer's Reserve from 2011. The arrival of the new edition couldn't skip the sophisticated contemporary style that recently begat things like Si perfume by Armani or La Panthere by Cartier.

"I have always been fascinated with the magic of Aromatics Elixir and its attraction on the skin. I wanted to convey that feeling with a new, modern composition," stated perfumer Nicolas Beaulieu on the occasion of creating Aromatics in White.

Aromatics in White is particularly musky (and I'm glad fellow blogger Persolaise agrees), intensely patcoulisized and quite sweet in a sort of arabesque way, though not quite (no leaden "amber note"). Notice the prolonged, very pleasant powdery-soapy drydown that is simple but not simplistic. Its volume is turned down, yet its impact is keenly felt. And if you think you're not smelling it after a while, lean in cause it keeps itself alive on clothes like crazy.
All of these definitely put Aromatics in White into the contemporary map of worth-whiles (and the fluid, mother-of-pearl like austerity of the bottle is a bonus), but it might never really surpass the Sacred Beast that speaks the Charm of Making. Some things are immortal, even if they're not for everyone.