Will of the Wisp Chills: Fragrances to Give the Goosebumps

Although warm fragrances wear comfortably on the natural heat of the skin and provide an instant "aaah" moment, like wrapping oneself with a cashmere shawl, there are times when a cool, starlight fragrance manages to pique the interest, like the unexpected touch on an arm that gives you goosebumps. There are some cool perfumes to enjoy in the wintertime and there are some to savor in the warmth of summer when the icy effect can become welcome or eerie depending on your latitude and humidity levels. If you have a favorite, don't forget to add it in the comments!


Here is a selection of the latest cooling fragrances that I believe will speak to those who want to go against the grain and spook the hell out of themselves in wintertime.

I had written on Liturgie des Heures (Jovoy) the following letter to Santa in 2018. And he actually listened!
"And just because my little gothic heart rejoices in the gloom of the winter solstice and the ghoulish tales that surround it, do offer me a slice of the chill in this creepy, cold and lemony incense that rises smoky from the sarcophagi of the dead. There's some odd solace in knowing silence surrounds the air where the dead lie in eternity. And may it be a long time before we actually meet them."


There's also Eau Mage by Diptyque. Back in 2011 when Diptyque was actually celebrating their anniversary they issued their Parisian exclusive series in which a suitably Christmas-named Eau Mage (homage, you see, but also "the eau of the Magi"...) was the standout for my little self; fan girl that I am of abstract woody and sombre musky concoctions that make people wonder what is that smell they're smelling. The brand luckily for all of us re-issued the fragrance as Eau Mage yet again in their regular line-up. 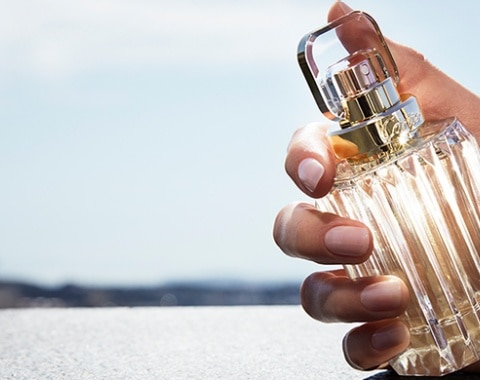 I can't forget the first time I tested Carat  by Cartier. I felt transported into a vast, fantastical tundra that would have wild, cool flowers growing amid the snow — which I fully realize doesn't happen — and with big husky dogs carrying sledges in the silent blue light of the north. A tinkling of wind chimes can be heard in the distance, or is it the dogs' neck bells chiming? Whatever it is, the cool splendor of Carat can be enjoyed in any season and mood; in fact, it's like a ray of sharp light which mellows slowly upon spraying on the skin.

An odd duck, Uralt Lavendel (Lohse) impresses me with how relatively strong and medicinal it comes across to me. I do have a low threshold for medicinal odor perception and anything mildly camphorous does give me a subtle alert. The green floral component in the top note reminds me of herbal bitters, a scent which I love, full of the piquant aroma of central European liqueurs and eaux de vie, such as Becherovka and Šljivovica. It smells fresh – an old-fashioned kind of fresh; bracing, really – with that kind of cool feeling that juniper berries impart. Compared with a contemporary take on lavender aimed mainly at women, such as Chanel's Jersey and Boy from their Les Exclusifs range, one can see how decades of musk use in fragrance has spoiled us into mistaking the scent of "clean" for something else entirely. If we venture as far as Guerlain's own Mon Guerlain, and in direct juxtaposition with their above-mentioned Jicky, one can certainly see how over a century of fragrance production has seismically shifted the notion of lavender in general. Perhaps Uralt Lavendel is a good reminder, a small snippet of how things used to be... 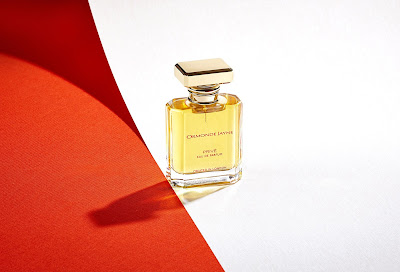 Ormonde Jayne PRIVÉ is a lush iris fragrance which recapitulates everything lovely about the Ormonde Jayne brand; the green shoots, the steamed rice, the cedar echo of the Iso E Super in many of their bases, an abstract modernity and at the same time a luscious, starched, luxurious orris note you can lose your heart into...The drydown, woody-ambery with a quite unisex flair, affirms my initial impression that we have a very lasting, refined silk skin scent that melds with the wearer. It's a polished cabochon gem rather than a faceted stone, its many different facets reflect the light in such a way that it smooths the impression into a ray of a beautiful serene sundown when it's cool.

Jean-Louis Scherrer (the original green liquid) by Jean-Louis Scherrer. A precious sight in its elegant, tall hexagonal bottle that opens up to verdant glory of liquid emeralds, it's a green scent with the rush of sparkling aldehydes. It then becomes intensely mossy and floral, recalling a bygone era of structured shapes and strict social rules. The violet note is mostly reminiscent of an iris fragrance, slightly metallic and otherworldly; but the brooding synergy with the other ingredients brings out a luminescent aura that is tantamount to wearing an expensive necklace of pre-Colombian emeralds set in antique gold. 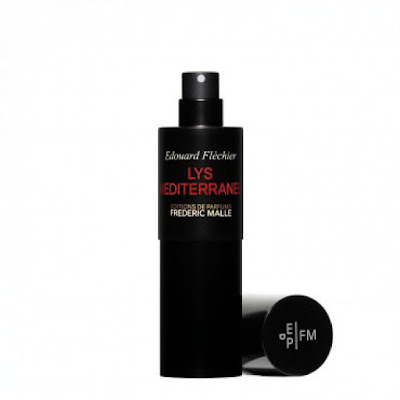 The contrast of sandpaper-like fresh roughness against the nose with the intense, waxy petals spiciness is the pinnacle of masterful execution of a lily scent. The astringent and almost aqueous, saline opening of Lys Méditerranée in the Frédéric Malle Editions des Parfums line is highly surprising for those who have been accustomed to florist type lilies; crystaline and stark in their cellophane, premature mummies in dolled up sarcophagi, looking at you sternly and haughtily, like stuffed owls out of Psycho. But wild lilies in the basin of the Mediterranean sea are routinely sprayed by the salty azure which lolls and ebbs; they sigh. As sniffers of this gem would too...

Do you find yourself reaching for cool scents when it's cold? Why/why not and which? I'd love to read your experiences in the comments below the post.