Galbanum is a material that has such an intense personality that like a memorable villain in a film it ends up casting its shadow so long that it might easily overwhelm everything else. If the Wicked Witch of the West in the Wizard of Oz had a scent, could it be this green raw leafy smell to match her greenish pallor?

The common fallacy about galbanum in perfume compositions derives from the fact that it is routinely mentioned as a top note; in fact galbanum is a sticky resin of plant origin, much like labdanum from rockrose, and forms part of the more tenacious ingredients in the formula in the heart and base. But it is its intense bitterness with green tonalities, like a super-concentrated coniferous elixir at some crazy alchemist's lab, which comes through, all the way from the bottom up front and is immediately tingling the nose with a clearing capacity that only ammonia salts can surpass. 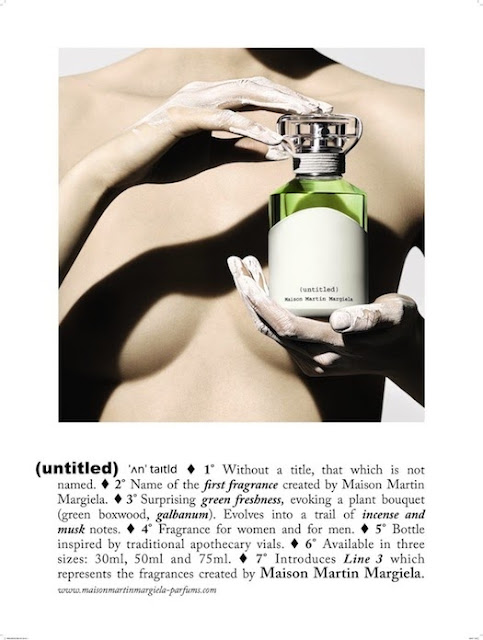 The shock is to be expected. Take someone unaccustomed to perfumes and let them sniff the initial spray of Chanel No.19; high chances are they won't sit around for the drydown, such is the displeasure at the acrid, intense crack of the whip to the untrained nose. It's no coincidence that the plant it derives from owes its own etymology to the Latin ferule which refers to a schoolmaster's rough rod. A bitch slap it is and it imparts that cool, hard as nails quality to the perfumes it participates in. However it is also prized for its fixative qualities: like many of the heavier molecules with lower volatility, it aids to anchor down the more ephemeral ingredients and as it expands in a room you can feel the air sweetening and becoming comforting with balsam and wood nuances.

Galbanum oil is derived via steam distillation from the resinoid that comes from the trunks and roots of the Ferula galbaniflua plant, which historically grew in ancient Mesopotamia and later Persia. The flowering heads resemble those of angelica or fennel, with which it shares the force of character. The resin is naturally produced when the plant is wounded, in nature's coping mechanism to heal. Even within the same plant there are variations: the Levant and the Persian, with the latter being softer and more turpentine-evoking.


Smelling the thick, softly crumbling, yellowish paste and the clear oil produced off it is a revelation: acrid, stupendously green, a tornado of turpentine and earthy, peaty, almost chewy aroma which becomes muskier, more thickly resinous as time goes on. It is mercurial! In dilution in alcohol the "bouquet" opens up and one is reminded of crushed pine needles or pea pods with lemony overtones, very fresh, vegetal and sharp, like snapping the fresh leaves between forefinger and thumb.

The chemical constituents of galbanum are monoterpenes (α and β pinene), sabinene, limonene, undecatriene and pyrazines. The pure oil is, however, often adulterated with pine oil which may be why some batches and imports smell more of green, snapped pine needles than others. The fact that galbanum is so powerful translates as two significant considerations for perfumers: lightness and context. Naturally "greenish" smelling essences/reconstruction of the floral persuasion, such as lily of the valley and hyacinth or narcissus, pair exceedingly well with galbanum.

In Vent Vert (translating as "green wind") by Balmain, introduced in 1945, galbanum gained a starring role and introduced in earnest the mode for "green" fragrances; perfumer maverick Germaine Cellier, instead of using it to compliment other notes, made it the protagonist, giving it full reign and ushering thus a new wave of more "natural-smelling" fragrances. "Green" fragrances, you see, evoke the outdoors and nature much more than the sophisticated intimacy and animal-density of chypres. Nevertheless galbanum is also clearly present in many chypres and fougeres as well (the classic Ma Griffe by Carven, Parfum de Peau, the classic Lauder Private Collection, the vintage extrait of Miss Dior, vintage Cabochard, Bandit with its knife brandishing swagger, Givenchy III, the modern Private Collection Jasmine White Moss by Lauder) and woody florals (the above mentioned No.19, Fidji by Laroche, Deneuve by Catherine Deneuve, Patou 1000, Le Temps d'une Fête by De Nicolai, Bas de Soie by Lutens, Silences by Jacomo,  Untitled Marti Margiela), even florientals! (Just mentioning in passing Boucheron Femme, Comme des Garçons by Comme des Garçons, Givenchy Ysatis, Moschino by Moschino, and vintage Magie Noire). It'd be impossible to list them all!


Chanel used to use a superior grade of Iranian galbanum which helped form the top note of Cristalle and of No.19. In the modern, more youth-oriented version of No.19 Poudre the bite of galbanum has been mollified in order not to scare the horses.

Finally Vol de Nuit (Guerlain) and Must de Cartier (vintage) both owe a lot to the accent of galbanum: the introduction of the green note in a classically oriental, soft focus composition is akin to daggers thrown on a supple and vulnerable female form at some olfactory circus; unmissable.