The darkness of the night descends on the village, its tall chimneys and church bell tops eclipsed by the long shadows cast by primordial spirits, by wraiths, the flashes of strange illuminations marshaling the nighttime sky like snuffed pyrotechnics. The earth below, seemingly barren, hides in its gut an untrammeled secret, a secret with long tentacles creeping beneath soil and rock. 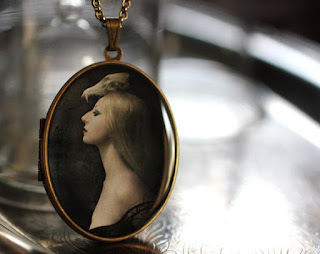 This Figure 1: Noir, this study on the inherent darkness of patchouli essence and of unusual herbal aromatics has an intoxicating effect, the murmur of perverse sweetness traveling on the wavelength of a morbid longing. What is it that makes these chthonian vibes rebound in one's heart of hearts? What is this calling, this piper who promises a golden lair and the forests echoing with laughter? There are things which we do not speak of. There are emotions we cannot put into a defined shape, marking the outline separating inner from outer world. Similarly, Figure 1: Noir sparked that eternally unfulfilled curiosity, that desire to capture the uncapturable, swirls of low earth rising for the skies, flesh vying to become spirit.

Figure 1: Noir is an intriguing all naturals perfume oddity, deep and resinous with a loamy plume of botanical musk featuring harmonious notes of patchouli, green vetiver, Mysore sandalwood, orris and valerian juxtaposed with the pungent tartness of buchu leaf, black cumin, green cognac and davana. The effect is as intimate and universal as human skin with an unsettling wild animalic shadow.

Available by Roxana Illuminated Perfume at Etsy in both liquid perfume and solid. (Image illustration by Greg Spalenka)