Perceptions of Freshness in Perfumes

No term is more brandished in perfume ad copy than "fresh", with the possible exception of "sexy". Quite often the two are intertwined in such memorable pop culture images as the "just out of the shower sexiness" in the advertorials for JLo's Glow. But fresh can mean a lot of things, when talking about fragrances, and not everyone agrees on quite what makes something smell "fresh". What IS fresh anyway?


One could argue that like other, more objective and qualitative perfumery terms, such as agrestic, aromatic, resinous or powdery, fresh denotes specific qualities, immediately recognizable, effortlessly translated into multiple cultures. Take dry citrus or mint, with its mental association of toothpaste and chewing gum. A fragrance like Eau d'Hadrien with its lemony tang or the minty coolness of Herba Fresca by Guerlain are undeniable "fresh" as opposed to "ripe", an adjective we'd reserve for things like Femme or Feminite du Bois with their prune and plum notes that evoke harvest, autumnal maturity, a delicious decline. But from then on freshness as related to smell descriptors takes on odd, unforeseen nuances.

Fresh is sometimes confused with "light", as in lacking heft, since freshness is so often related to the uplifting feeling of a spring renewal, when green and tangy scents fill the air with the promise of resurgence. Fresh can also sometimes mean "contemporary" and "modern", the opposite of old-fashioned, therefore gaining a cultural and time-sensitive connotation which is more complex than anticipated at first; this is where it gets really interesting. Cast your mind back to Chanel No.5. Coco Chanel -and perfumer Ernest Beaux for her- created it as a "fresh" scent, something totally modern, to break with the tradition of the Belle Epoque and its contemplative, demure and prim fragrances.

The link with modernity also hides another thought: apart from "fresh new", it can also mean "fresh" as opposed to "stale" or "musty". Since many of the classic chypres and grand florals are worn by older women because of the fond association they have with them from the time of their prime, the perception of staleness in regards to perfume gains a perverse but powerful mental image, that of the decay of old age associated with the decay of flowers, of leaves, of animal matter. No, eschew these depressing connotations in favor of an eternal spring, of budding rather than maturing, of awakening rather than somnambulant, bring on the "freshness", is what the industry is telling us to. And we heed to it, because we're defenseless before its guiles, as they're never consciously registered.

Chanel No.5 is also fresh in another sense: it smells of cleanliness, as Chanel wanted it to, appalled as she was of the ladies of high society who "smelled" of impropriety; well, at least it smells of cleanliness on the marquee, as the sexy with its musky and civet-rich backstage is another matter...And here to come to that other tangent on which freshness in fragrances works: the "clean", just out the shower, attribute.

After Chanel No.5 many aldehydic florals gained a fresh connotation, aided by the wide use of the main components in soap formulae, a connotation however that was sure to lose ground with younger generations as perfume fashion changed and aldehydics became the scent of a past generation. As one of my readers, Noetic Owl, put it in regards to Calandre by Paco Rabanne: "I kept sniffing my wrist all day-loving it, but also acknowledging that were my teenage daughters to sniff it on me they would probably say I smell like an 'old lady'. Funny how certain scents become dated -yet in my mother's mind (and mine as well) Calandre was a fresh and green scent."

Even incense can be related to freshness if you think about it. Frankincense in particular, a resin used for its meditative and cleansing properties since antiquity, has a dry, citric, refreshing smoky quality about it, which transports the spirit and creates the feeling of renewal, spiritual this time around. 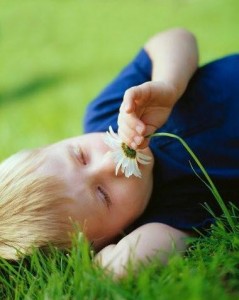 During the decade of scent absolution, of olfactory catharsis from the heavy load of the carnality of the 1980s and its bombastic perfume powerhouses such as Giogio, Obsession and Opium, the 1990s saw fresh fragrances come to mean laundry detergent reminiscent scents, heavy on clean musks, and/or ozonic fragrances (with their Calone molecule, reminiscent of melon), often screechy and sharp. We're talking about fragrances such as L'Eau d'Issey, Light Blue, Aqua di Gio, Kenzo pour Homme...
Such is the cultural integration of the idea that if you ask people in their 40s today they still equate these scents with freshness; it's simply how they were brought up! You see, our olfactory imprint may be created during our childhood when our perception and emotional state is still virgin territory (and this is why the smells we came to love or despise at that period will remain with us), but it is our formative teenager and early 20s which cement our conscious associations with perfumes. This impressionable period accounts for a memorable data bank onto which we form ties and associations that will forever have a strong pull on us. Even if later on, with the vagaries of life and the wisdom of maturity we come to designate them to what is essentially true, peer pressure, the desire to fit in (or conversely for the rebels to stand out), the need to map out our olfactory identity. The 1990s perfumes were fresh all right; they turned a new page in perfumery's book, as the broke new ground and presented something -at the time- innovative and revolutionary

Similarly the strong pull of the fougere genre in regards to masculine fragrances, thanks to its inedible association with soap and grooming (think of Green Irish Tweed, Cool Water, Azarro Man, Paco Rabanne pour Homme or Drakkar Noir), has come to stand as fresh, further enhanced by its advertising. One look at the Cool Water glossy with the guy washed over by the splash of the ocean and you're sold. 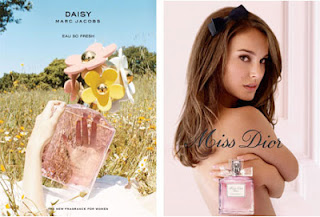 Yet today freshness took a new spin, a yarn previously unthreaded. Nowadays "fresh" is often uttered in the same breath as fruity & sweet, often reminiscent of an odd combination between shampoo and candy. This is how ad copy has presented their case: Miss Dior (the revamped, contemporary version) is touted as the debutante scent that smells like a young girl discovering love and the pleasures of the flesh. Daisy Eau so Fresh (Marc Jacobs) even says so in the title!
It is funny indeed to contemplate how sweet by its very nature predisposes for an artificiality that requires some elaboration. After all we need to break some eggs, dust some sugar and whisk them together to come up with a dessert, needn't we? But the arbitrary, yet deliberate on the part of the industry, connection between contemporaneity and freshness means that fashion and vogues will dictate our perception of the latter in the passage of time.

Which are YOUR "fresh fragrances"? What do you consider "fresh"?